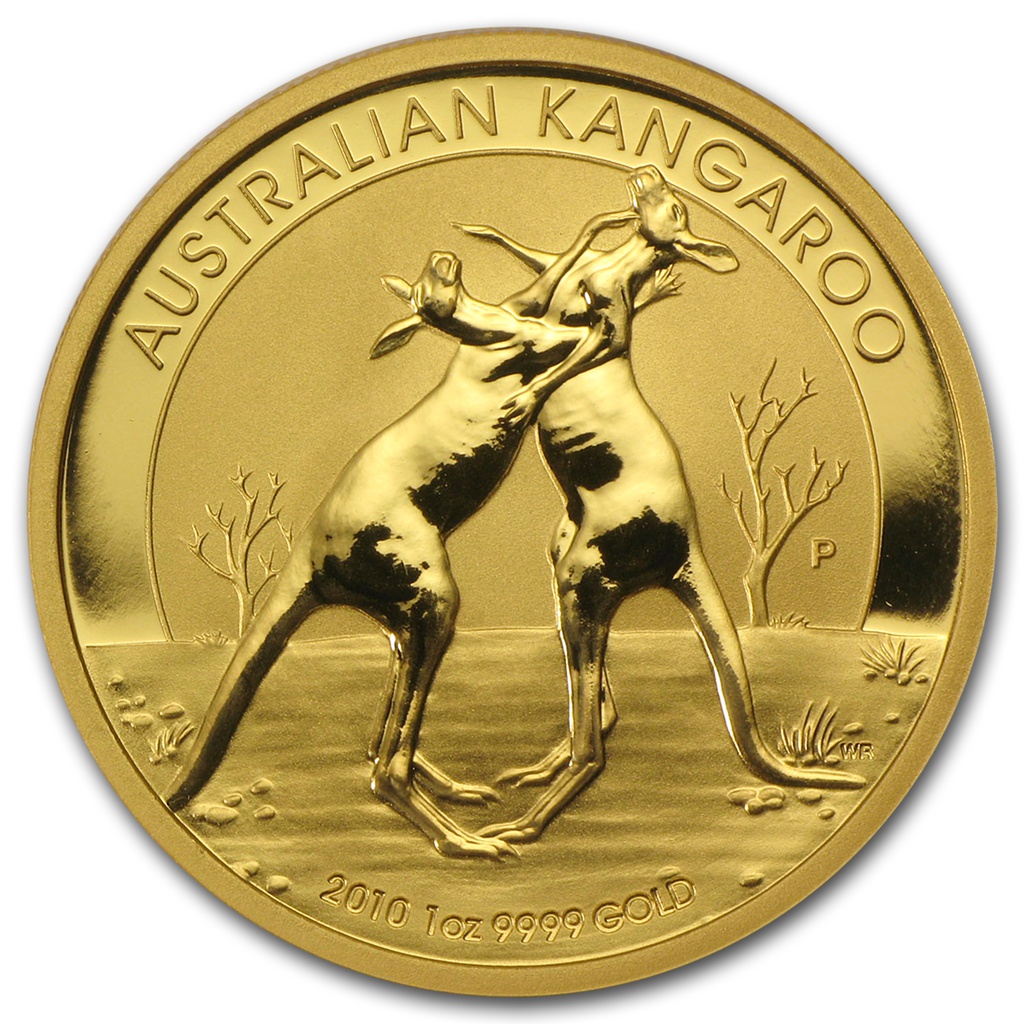 From the world renowned Perth Mint, the 2005 Australian Kangaroo. Australia has been producing high quality gold coins since 1889. They have become leading manufacturers, known for their beautifully crafted coins, with yearly changing designs.

They first published the Gold Nugget in 1986 due to the South African Krugerrand import ban. Between 1986 -1988 the coins were struck with the images of famous gold nuggets found on the continent. In 1989 the image on the coin changed to that of a Kangaroo, making it more symbolic of Australia

All coins are packaged individually in a durable acrylic case to protect it from rough handling. To underpin the supplementary collectability of Australian gold bullion coins, a maximum mintage is declared for nominated sizes at the beginning of each year. The 2010 coin has a declared mintage of 152,229 coins.

This 1 oz coin features two kangaroos ‘boxing’ in the Australian Outback. ‘Australian Kangaroo’ is inscribed above the image, around the edge.