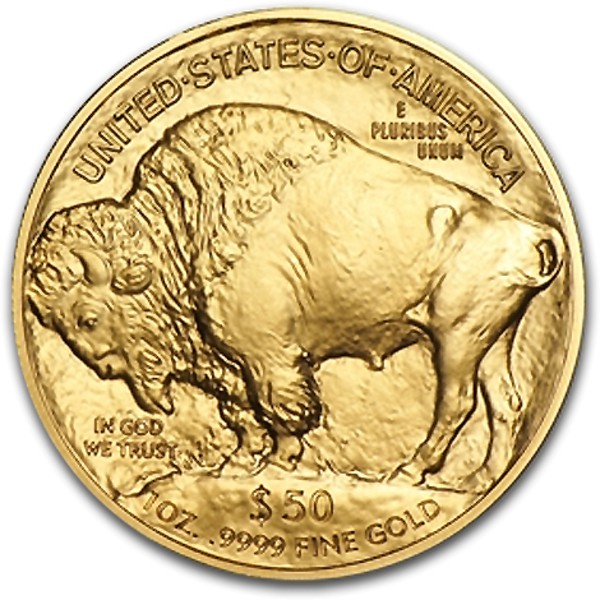 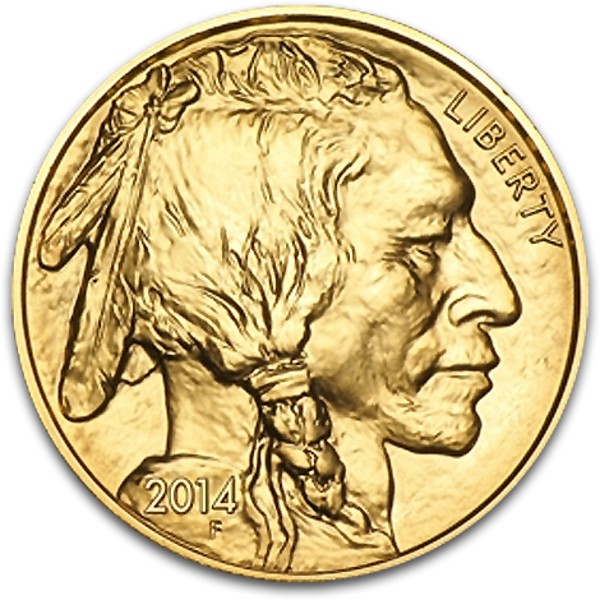 The American Buffalo gold coin was introduced in 2006 and is the first ever pure 24k gold produced by the United States Mint. The gold content and purity of each coin is guaranteed by the US Government.

The American Buffalo is one of the most uniquely design gold bullion coins on the market and appeals to both collectors and investors.

The Key dimensions for the 1oz American Buffalo 2014 are below:

The American Buffalo is a representation of James Earle Fraser’s design of the “Indian Head Nickel” which was issued from 1913-1938. The original design was said to showcase the beauty of the American West. The Indian Head Nickel is regarded by many as one of the best U.S coin designs ever.

The famous design on the reverse side depicts a portrait of a Native American. Sculptor Fraser took the facial features of Indian Chiefs from three different tribes, Big Tree, Iron Tail and Two Moons, who posed as models for him to sketch.

The inscriptions of the reverse read:

The front shows an image of the iconic American Buffalo. The inscriptions on the front read: