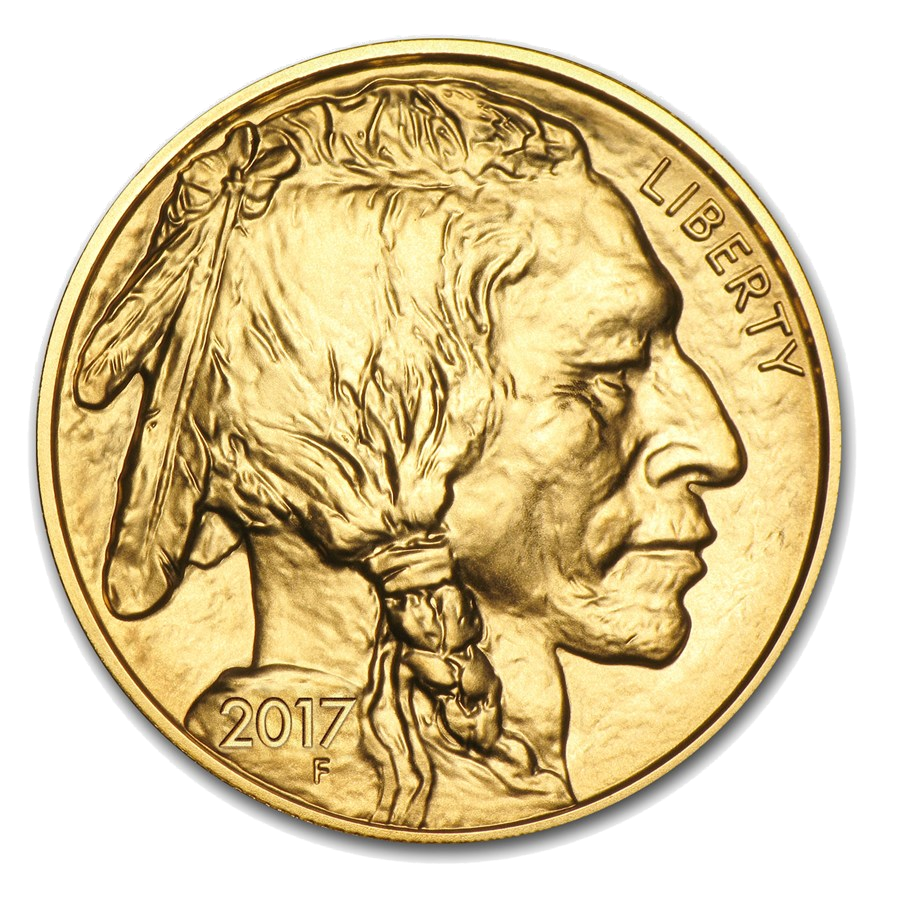 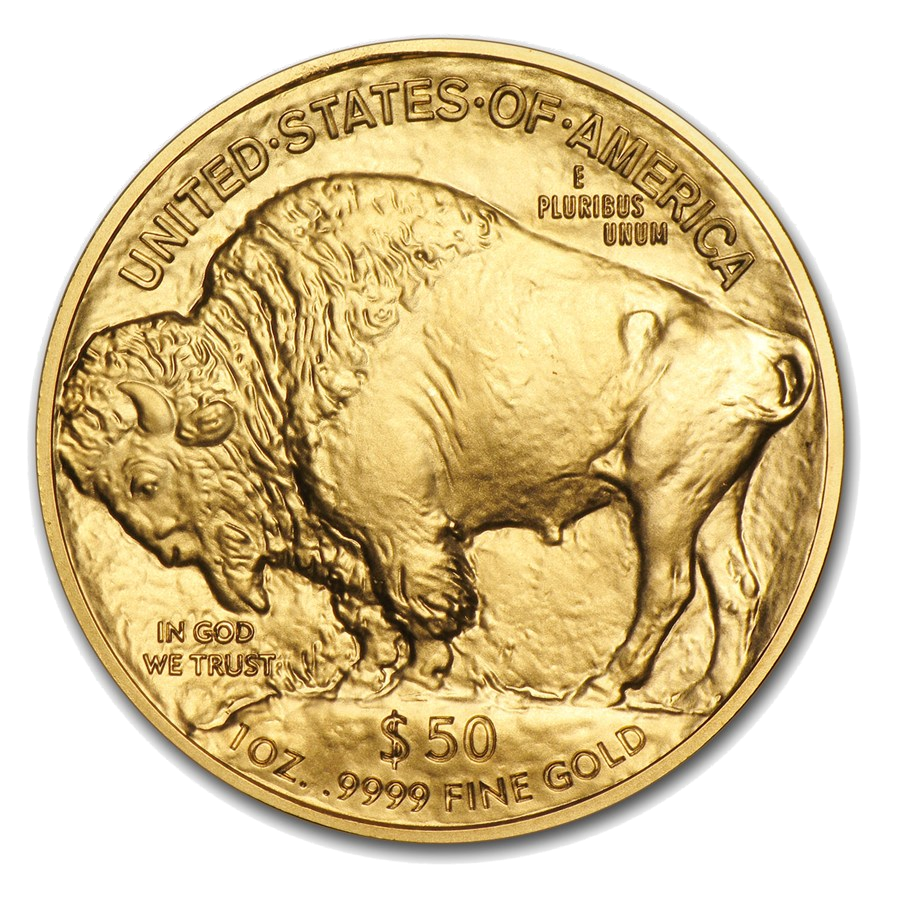 The American Buffalo is a beautiful pure 24k gold investment coin that celebrates a part of American history.

The 2017 American Buffalo Gold coin is minted with a fine weight of 31.10 g and a fineness of 999.9/1000. The Buffalo gold coin has an edge bar and a rippled edge. The gold coin is legal tender in the United States with a nominal value of US $50.

The Buffalo features two truly American motifs: a portrait of an Indian chief on the back, and the American bison, also called Buffalo, on the front.

The American buffalo is shown in large format from left to right on the front of the coin. The inscription above the Buffalo reads "UNITED STATES OF AMERICA". The US coat of arms motto "E PLURIBUS UNUM", which means "Of many, one," is embossed on the upper right in smaller letters.

Below the motif the nominal value of “$ 50” and “1oz 9999 FINE GOLD” are imprinted. "IN GOD WE TRUST" is stamped on the lower left side below the Buffalo’s head.

The reverse of the coin shows the portrait of an Indian chief looking to the right. The word "LIBERTY" is inscripted on the upper right and the year of mintage "2017" is embossed under the motif.  The initial "F", which stands for designer James Earle Fraser are stamped on the lower left side.

The portrait is an interpretation of three indian chiefs. Sculptor Fraser was able to draw sketches of the three Indian chiefs, Big Tree from the Kiowa, Iron Tail from the Lakota Sioux tribe and Two Moons from the Cheyenne tribe.

The American Buffalo is the first 999.9 fine investment gold coin of the USA, which was introduced in 2006.

A special feature of this coin is that the gold used for producing the Buffalo must be mined in the USA. The Buffalo Gold is exclusively minted by the US Mint in West Point.

The manufacturer of the American Buffalo is the United States Mint. The mint is officially part of the Federal Government of the United States of America and is under the responsibility of the Treasury. The US Mint is responsible for the production of the dollar and headquartered in Washington, D.C.

The Buffalo 2017 gold coin is packed in coin tubes of 20 coins. Single coins are packed in a coin pouch.