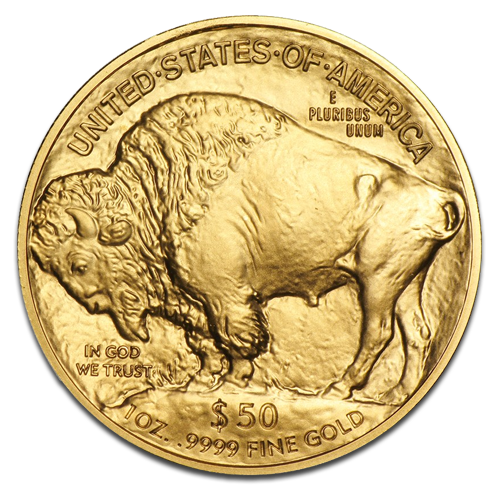 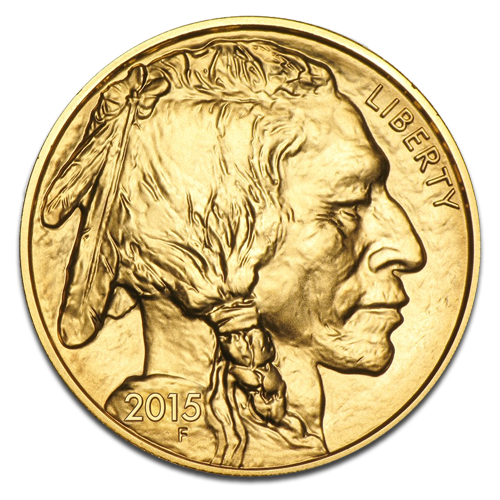 The American Gold Buffalo was introduced by the US Mint in 2006 and was the first 24 karat gold coin issued by the mint for the general public. The American Buffalo is one of the most popular pure gold bullion coins on the market today.

The design of the American Gold Buffalo first appeared on the Indian Head Nickel (also known as the Buffalo Nickel) which was issued from 1913-1938. The coin was designed by sculptor James Earle Fraser (1876-1953) and honors a part of American history.

The front predominately depicts the American Buffalo. Above the motif of the buffalo is the inscription “United States of America”. At the bottom of the coin are the nominal value “$ 50” the weight “1oz” and the fine content “.9999 Fine Gold".

The back of the coin depicts a Native American. The image was created by sculptor Frazer from the features of three Indian Chiefs from different indian tribes, which included Big Tree, Iron Tail and Two Moons.

Popular coins with a 22k alloy include:

When choosing between 24k and 22k gold coins it is all a matter of personal preference. The only real difference is that 24k gold coins do not contain any other alloys and as a result can be susceptible to surface scratches, while 22k gold coins are more durable because of the copper alloy.