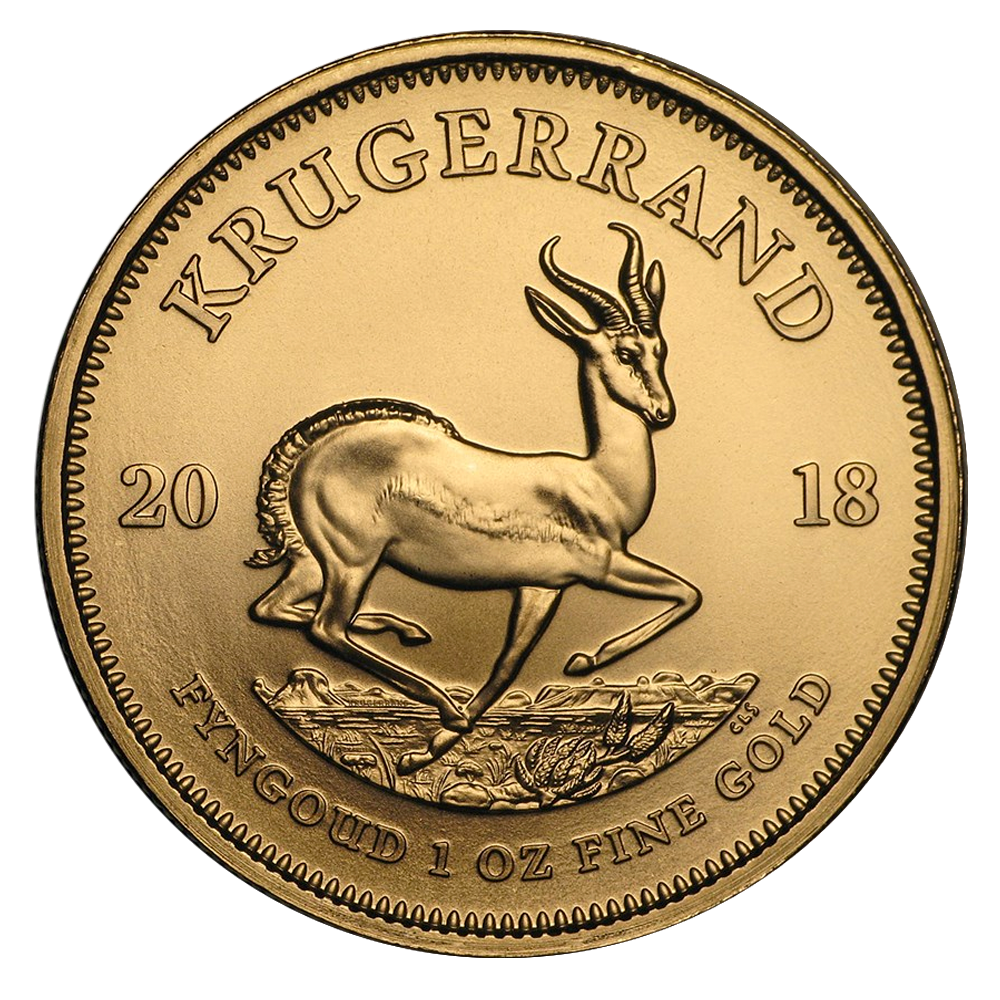 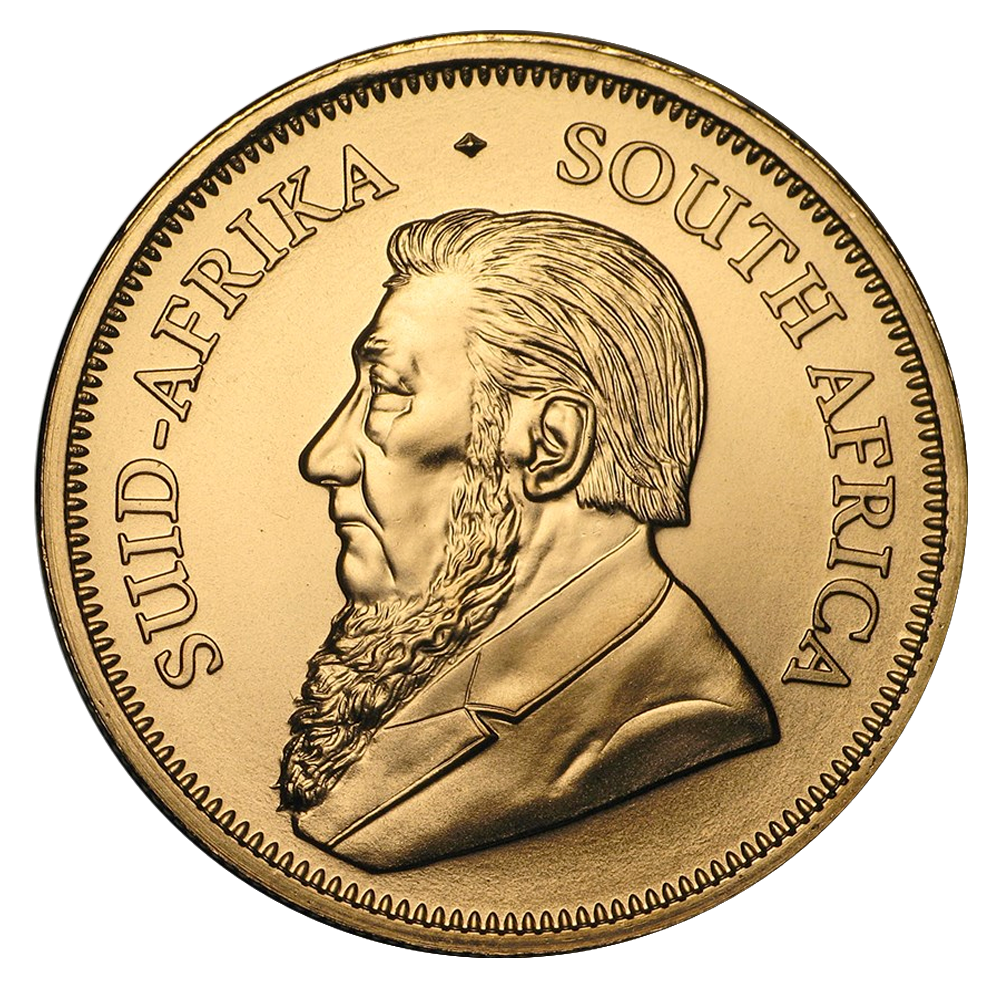 First introduced in 1967, the Krugerrand is one of the most famous and successful gold coins in the world. Produced by the South African Mint, the Krugerrand gold coin consists of 22 carats with a fineness of 917/1000.

The Krugerrand is an ideal choice for first time gold buyers or for those who are looking to add to a current gold bullion portfolio. It was one of the first gold coins available for the individual investor.

On the back of the Krugerrand is the image of a springbok antelope, the South African national animal. Above the motif is the word "KRÜGERRAND". To the left and right of the springbok antelope is the year of the coinage. In the lower part are the words "FYNGOUD 1 OZ FINE GOLD". The initials of coin designer Coert L.Steynberg appear below the motif.

The Krugerrand was introduced in 1967 and was one of the first investment gold coins for private ownership. The coin was modeled after the world famous English sovereign. From 1967 to 1969 around 40,000 coins were issued annually and this number eventually increased dramatically to 6 million coins in 1978. By 1980 the Krugerrand had a 90% share of the global gold coin market.

After 1980 production of the Krugerrand dropped due economic sanctions against South Africa for its policy of apartheid.  These sanctions ended in 1991 when South Africa abandoned apartheid.

Over 50 million ounces of Gold Krugerrand coins have been sold since it was introduced in 1967. To this day, the Krugerrand is one of the best-selling gold coins in the world.

• Can be easily bought and sold almost anywhere precious metals are sold.

• The gold-copper alloy is durable and scratch resistant

• The edge of the Krugerrand is fluted to detect any manipulation