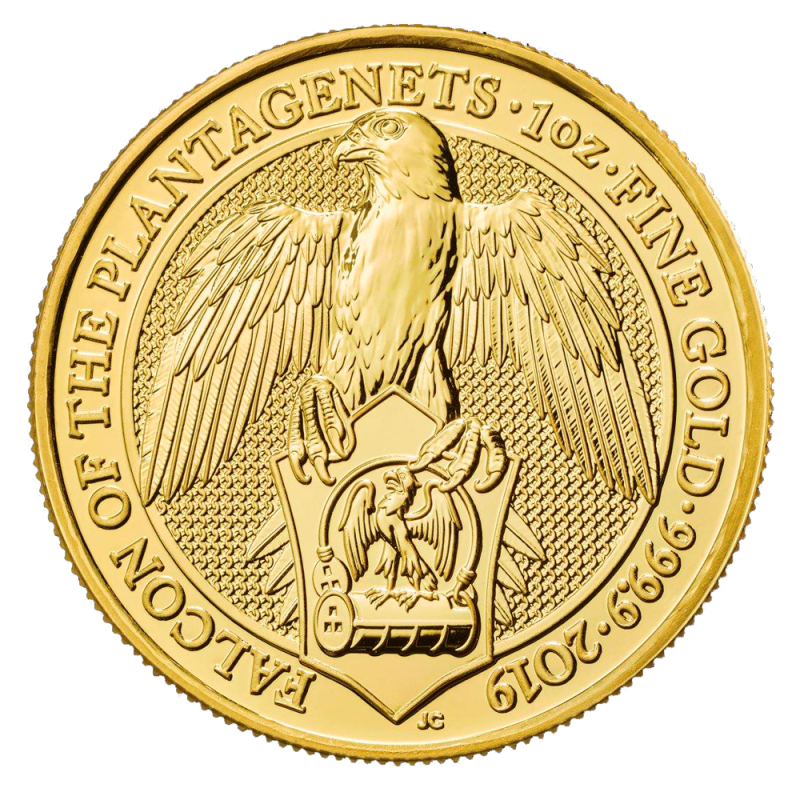 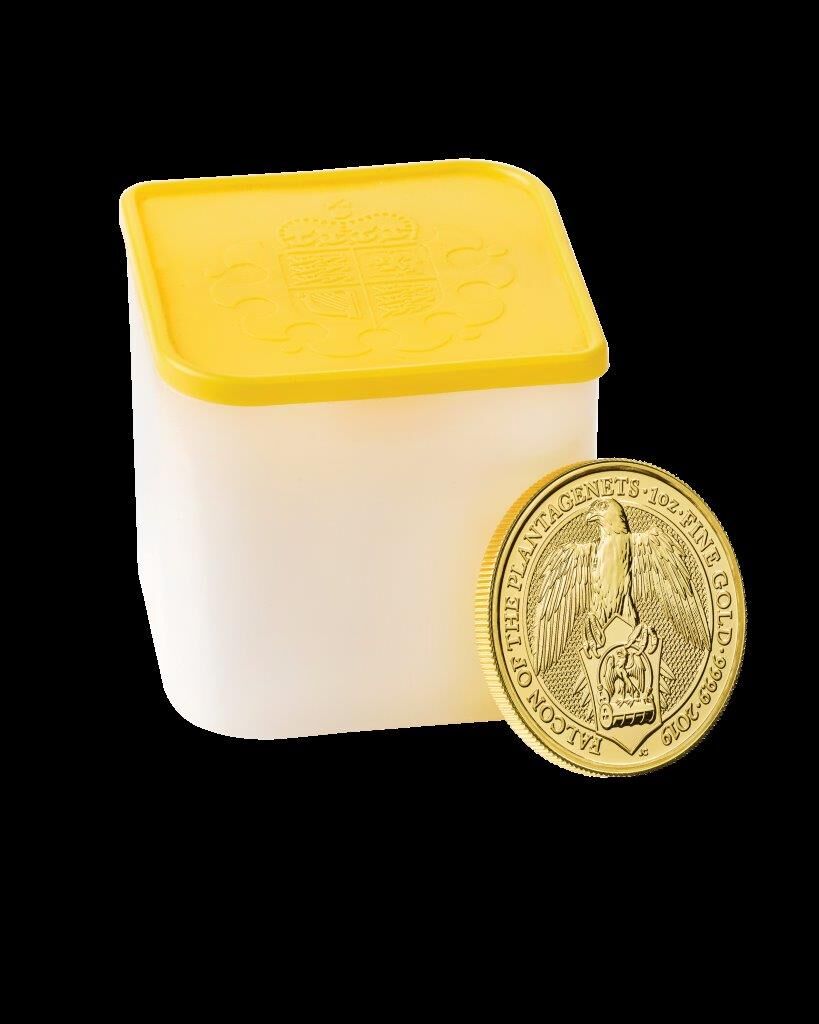 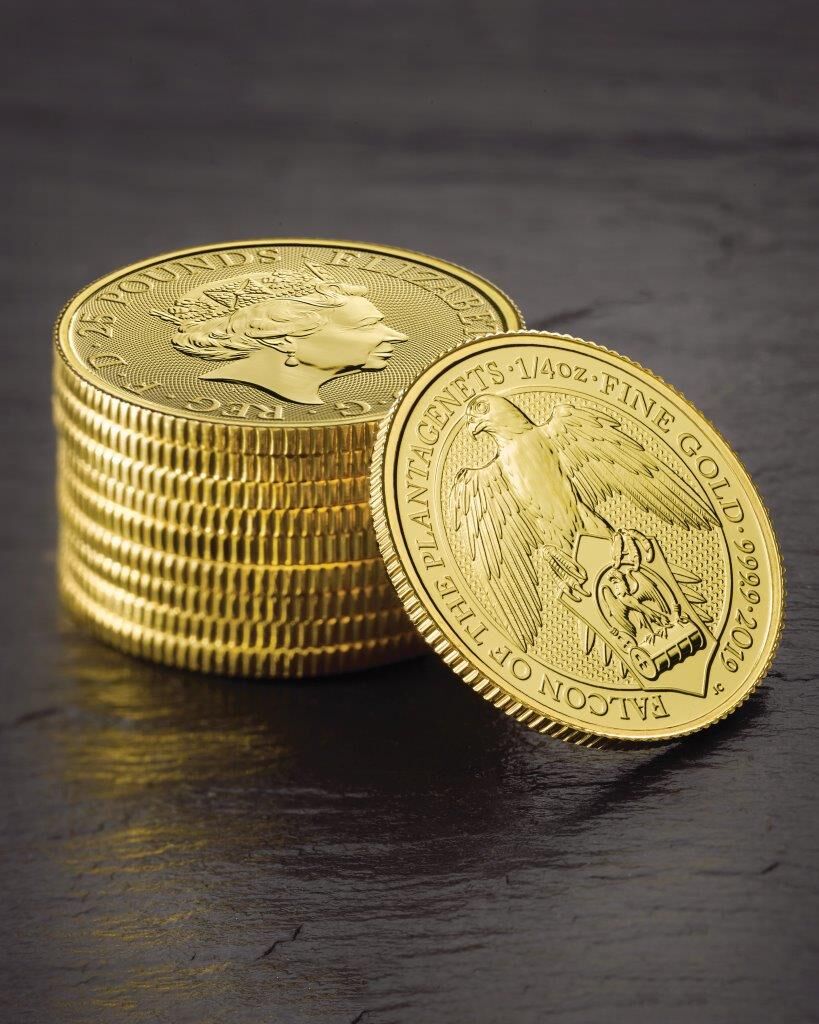 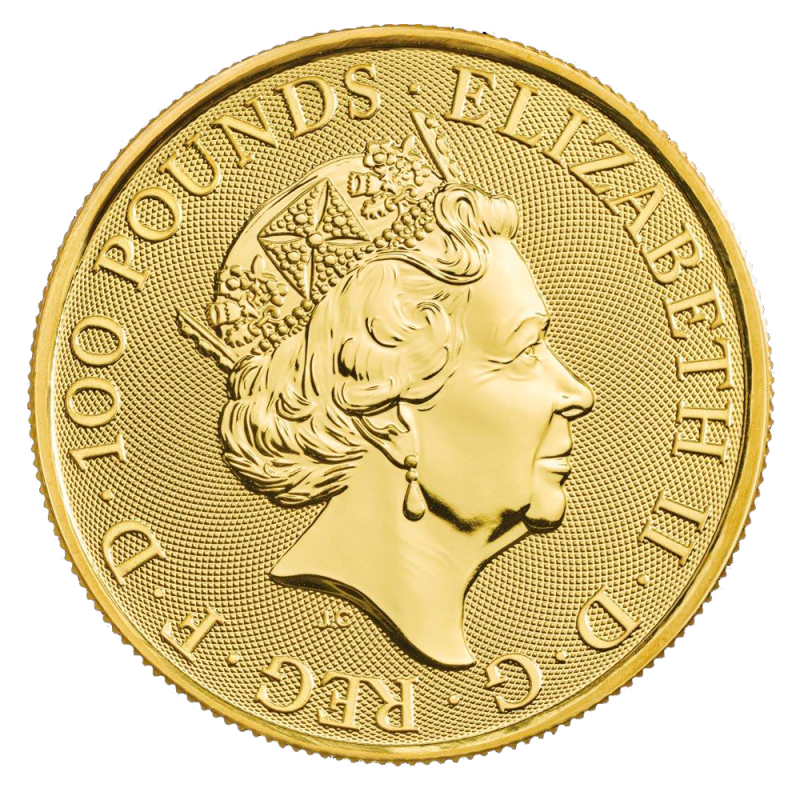 The 1 oz “Falcon of the Plantagenets” 2019 is the 6th release in the Queen’s Beasts Gold coin series from the Royal Mint. Each coin contains 1 troy ounce of .9999 pure gold with a nominal value of 100 British Pounds.

The Queen’s Beasts series was first introduced in 2016. There are 10 planned coins in the series which depict a rendition of each of the Queen’s Beasts statues that were present during the coronation of Queen Elizabeth II.

Queen Elizabeth II was crowned in 1953 and ten Queen’s Beasts statues stood guard at the the entrance to Westminster Abbey. The heraldic statues symbolize the Queen’s incredible royal line of ancestry.

Falcon of the Plantagenets

The White Falcon at the Queen’s coronation held a shield with a badge showing a second white falcon with a golden padlock. The Falcon was a popular symbol in both the house of York and the House of Lancaster. The Falcon was said to be the favorite badge of Queen Elizabeth I.

The symbol of the Falcon was passed to the Queen from Edward III (reign 1327-1377), who was a member of the House of the Plantagenets.

The front side of the coin depicts the “Falcon of the Plantagenets” with outstretched wings holding a shield with both claws. The inscriptions around the outer edge read; “FALCON OF THE PLANTAGENETS”; “1 oz FINE GOLD 999.9” and “2019”.

The reverse side shows the portrait of her majesty Queen Elizabeth II, designed by artist and engraver Jody Clark. The inscriptions around the outer edge are the name of the regent “Elizabeth II”, the nominal value of “100 POUNDS” and the latin abbreviation “D G REG F D”.