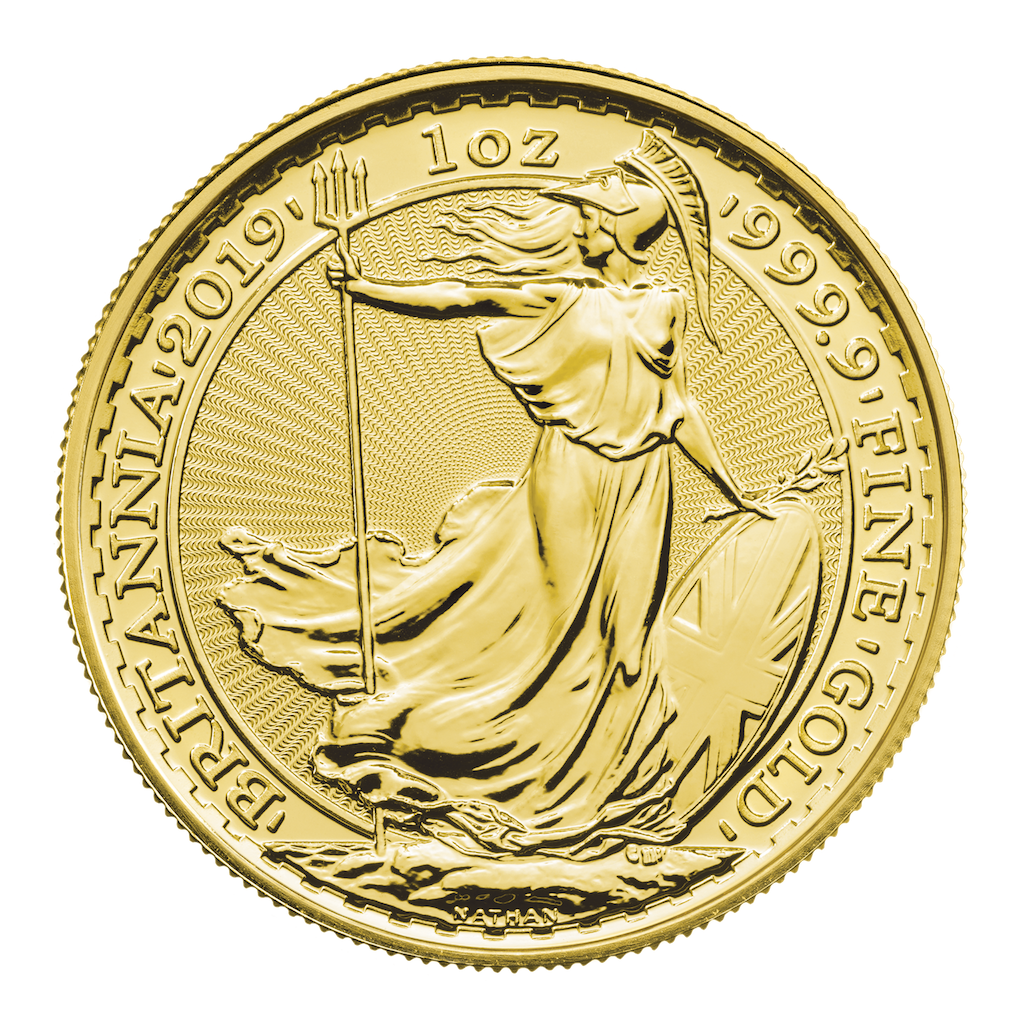 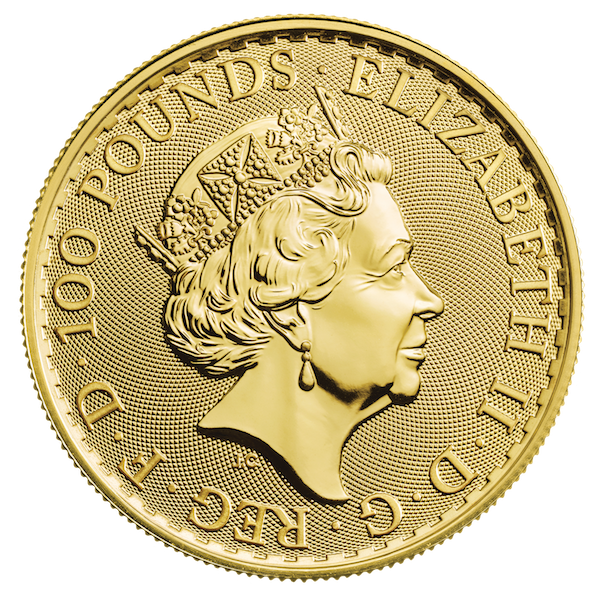 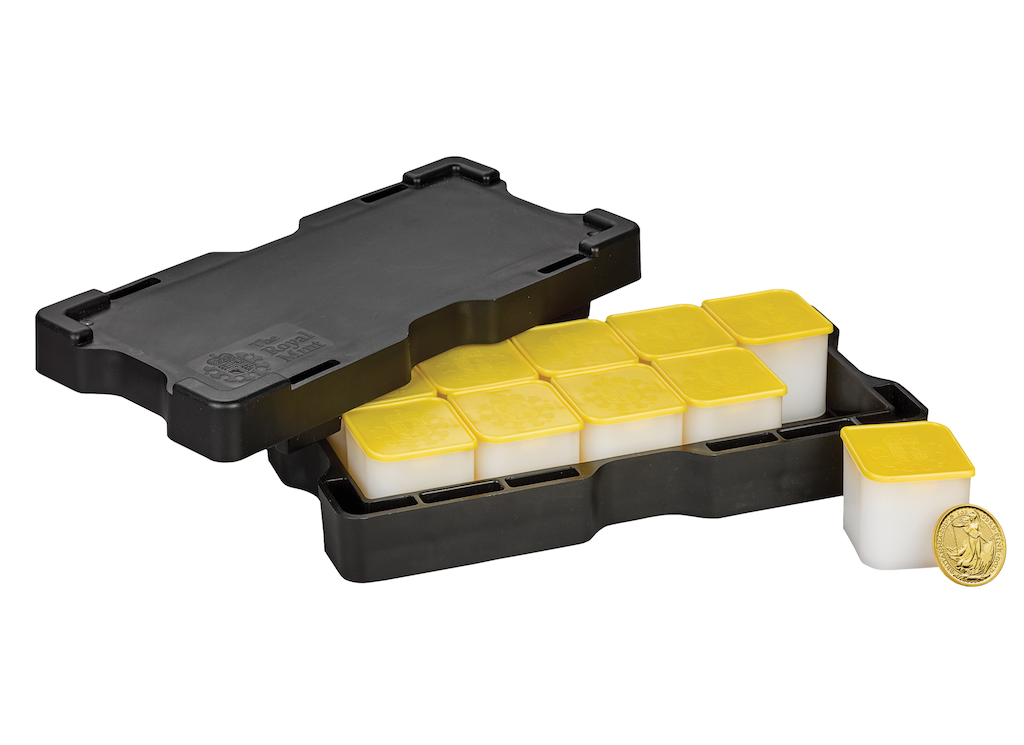 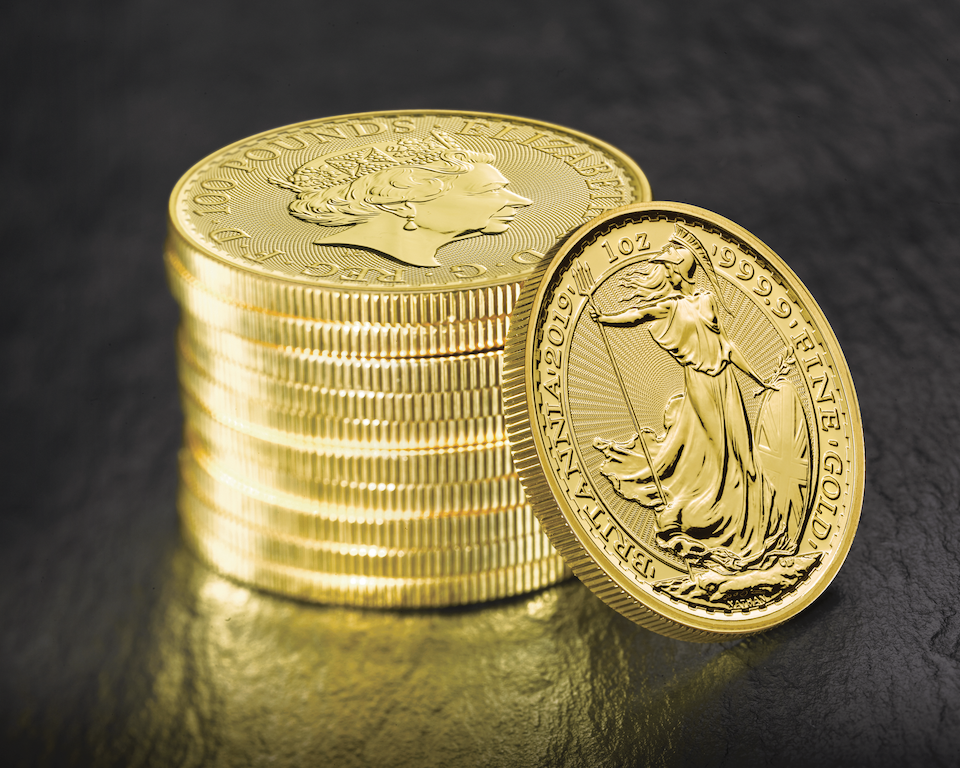 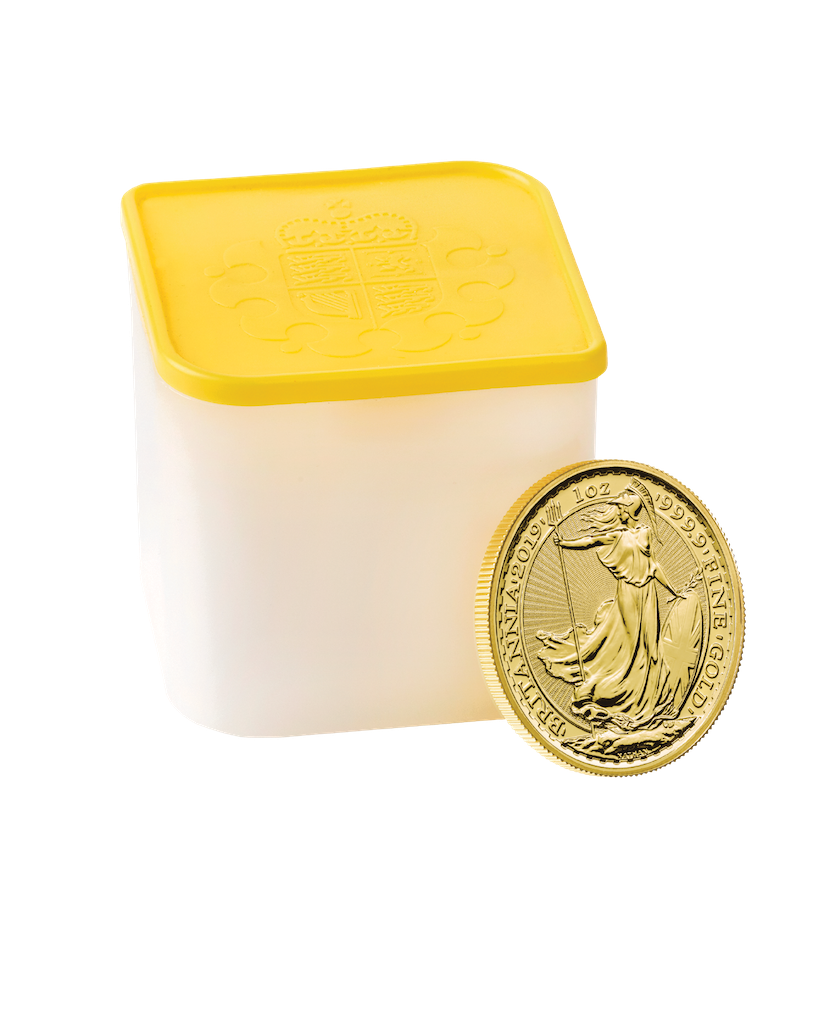 The 1 oz Britannia gold coin was first introduced by the Royal Mint in 1987. Lady Britannia is an enduring figure that first appeared on the coins of the Emperor Hadrian over 2,000 years ago.

The Britannia is a symbol of strength and freedom and her image has adorned British coins since the reign of Charles II in 1672.

The front side of the 2019 Britannia depicts a full profile view of Lady Britannia with a trident in her right hand a shield and olive branch in her left hand. She wears a corinthian helmet on her head as she faces to the right. The inscriptions around the outer edge read “BRITANNIA  2019 1oz 999.9 FINE GOLD”

The reverse side of the 2019 Britannia features a right side portrait of Queen Elizabeth II with diadem, designed by artist and engraver Jody Clark. The inscriptions around the outer edge are “ELIZABETH II” “D G REG F D” and 100 POUNDS. The engraving “D G REG F D” is a Latin abbreviation that translates “By Grace of God, Queen of Britain”.