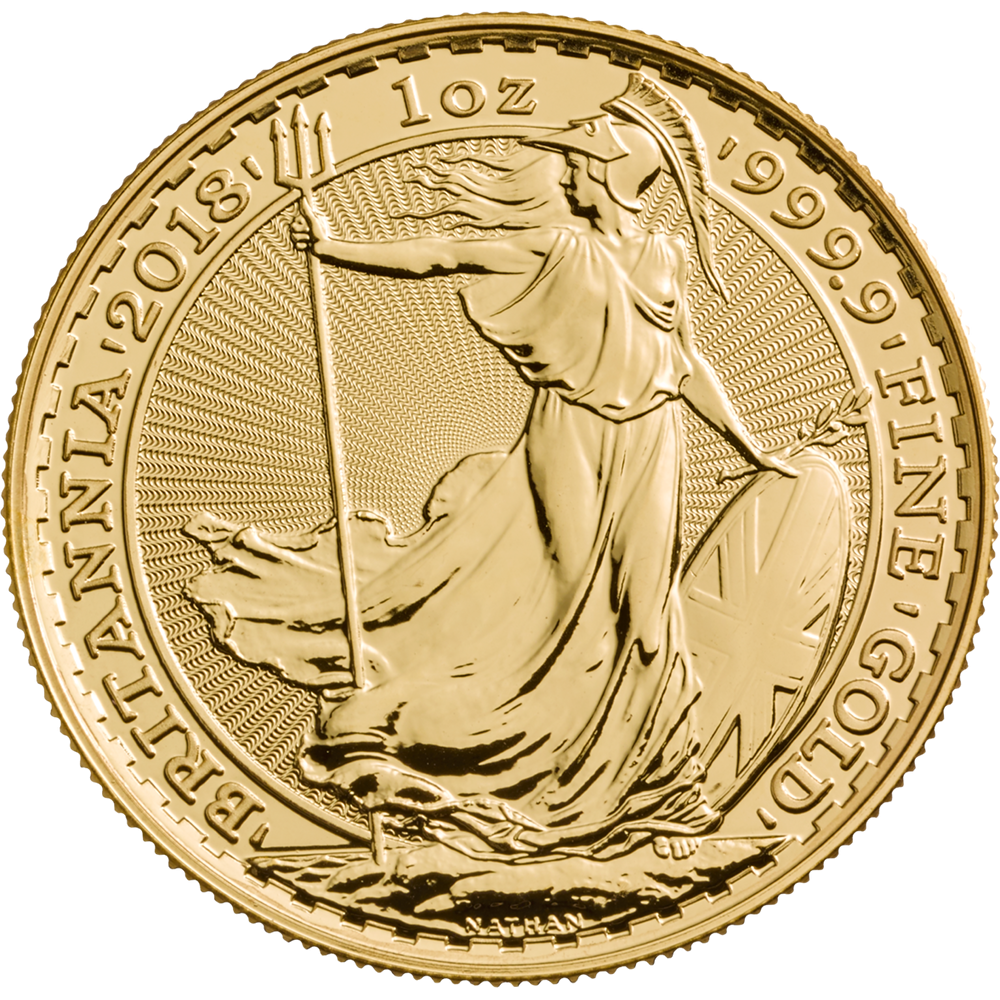 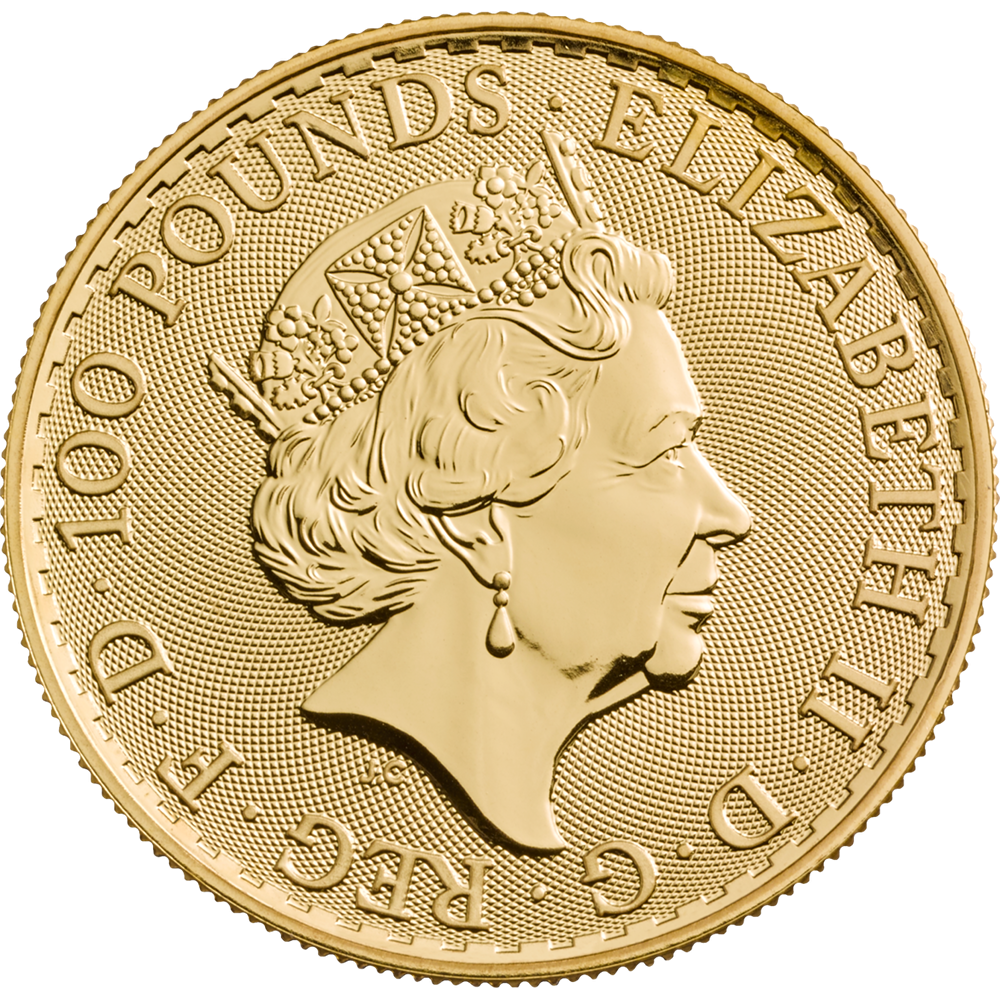 The Britannia 1oz gold coin 2018 is issued by the prestigious Royal Mint. Introduced in  1987, the Britannia gold coin enjoys worldwide popularity. In 2013, the Royal Mint increased the purity of the Britannia from 91.67% to 99.99% gold, making it one of the purest gold coins in the world.

The Gold Britannia is a flagship coin of the Royal Mint, and one of its best selling bullion products. The coins are renowned for their beauty and quality and represent the spirit of Britain.

The Britannia has a nominal value of 100 pounds, and is recognized as official legal tender in the United Kingdom.

The motif side of the coin depicts “Lady Britannia” in a flowing gown with her head turned to the right. In her left hand she holds a shield and in the right a trident. On her head she wears a Corinthian helmet. The motif extends from the top and bottom to the edge bar. The engravings around the outer edge read "Britannia” the minting year "2018", the fine weight "1oz" and the fineness "999.9 fine gold". At the bottom of the coin is the word "NATHAN", which is the last name of the artist who designed the Standing Britannia.

The coin background shows a bright sunburst emanating from the back center of the coin. The fine lines on the background also act as a security feature that prevents counterfeiting. In addition, both sides of the Britannia 1oz gold coin 2018 have circles with half rectangles, which are connected to the edge bar.

The value side shows the profile of Queen Elizabeth II with crown. The inscriptions include the name of the regent: "Elizabeth II", the words "D.G REG F.D" and the face value "100 pounds". The background consists of a coarse-grained surface, which is very unusual for a coin. The portrait of the queen was created by artist and coin designer Jody Clark.

Britannia is a cultural icon and has a 2,000 year history with Britain. She dates back to the Roman invasion of the Island in AD 43, which led to the creation of the Roman providence that was named Britannia. In AD 119, during the reign of Emperor Hadrian circa, she first appeared on Roman coins. She would also later appear one coins under Charles II in 1672.

The Britannia gold coin was introduced in 1987 and is available in four sizes which include 1 oz, ½ oz, ¼ oz and 1/10 oz. Ten years later, the Royal Mint launched the Britannia in silver, which comes in the traditional 1 ounce size.