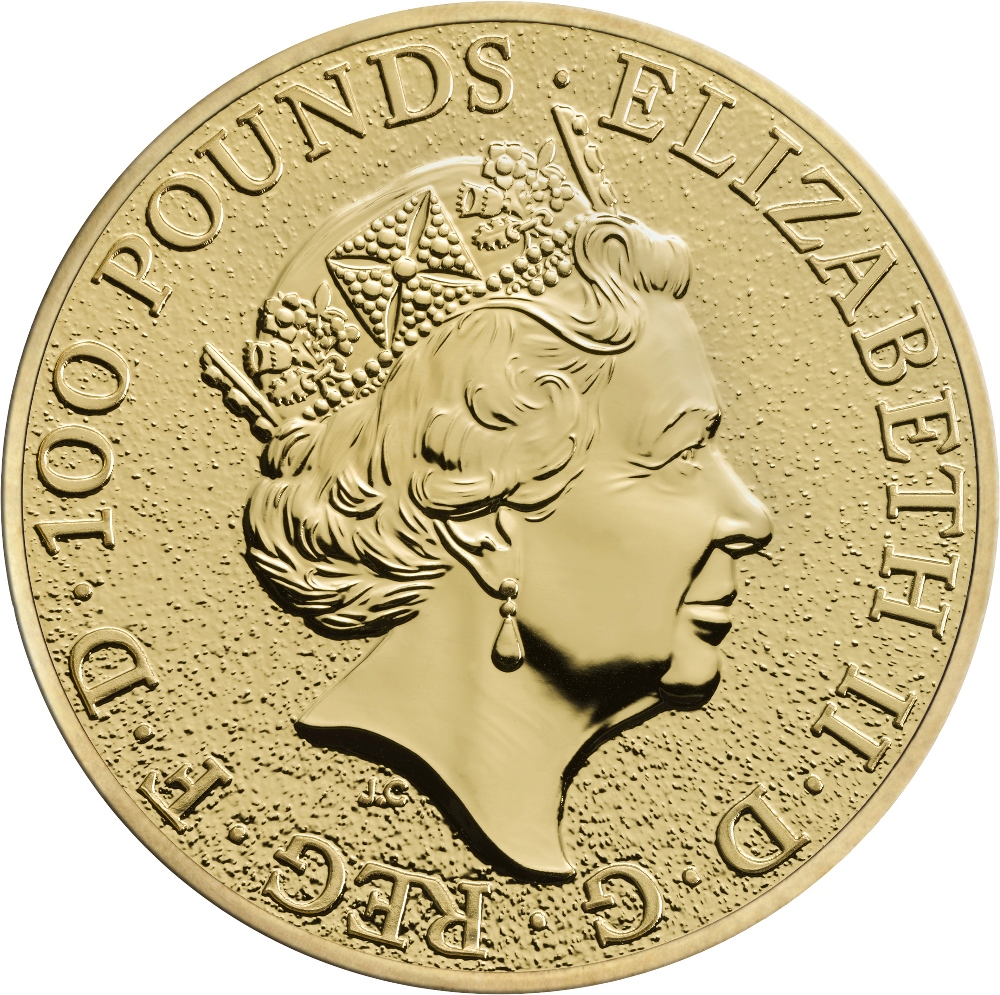 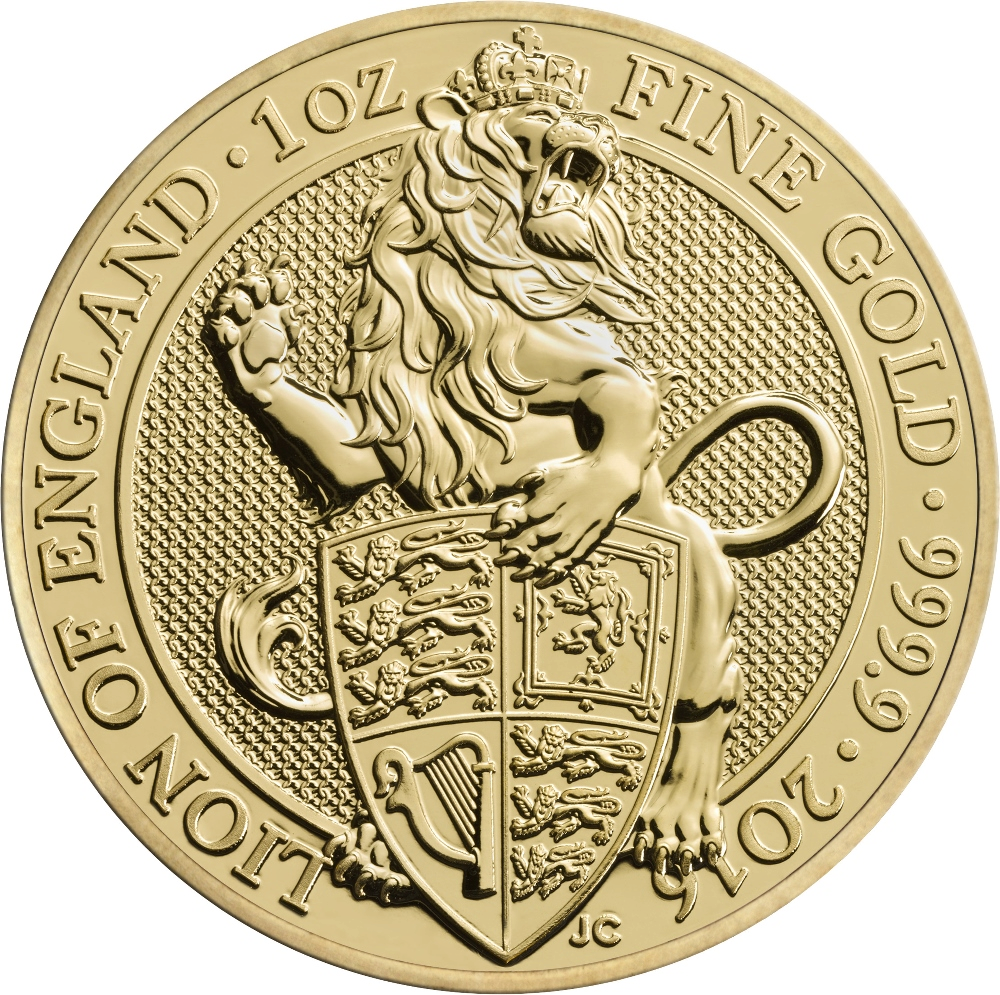 The Queen's Beasts Lion 1oz gold coins are here. Introduced in 2016, the “Queen’s Beast” is a new gold and silver coin series published by the renowned Royal Mint.

There are a total of 10 planned coins in the series that will feature a version of one of the statues created to honor the coronation of Queen Elizabeth II. The Queen’s Beast Lion 2016 is the first coin in the series.

At the beginning of 2016 the Royal Mint issued “The Queen Beasts” gold and silver coin series. The gold coins are issued in 1oz and 1/4oz. The theme of the first edition in 2016 is the Lion of England. The full name of the coin is "Queen's Beasts 2016 - The Lion".

The name "Queen's Beasts" is a common term in the United Kingdom and goes back to the year 1953. On the coronation of Elizabeth II ten heraldic ”Queen’s Beasts” statues were created representing the genealogy of Elizabeth II. The 1.83 cm statues were made by the sculptor James Woodford (1893-1976).

The names of the Queen’s Beasts statues are as follows:

The motif side of the Queen's Beasts 2016 shows the "Lion of England". A standing lion is predominantly depicted with crown and shield. The shield shows the four arms of the United Kingdom.

In the background is an image of intertwining chains. The writing is located in a smooth area on the edge, which also separates the motif from the edge. The upper and lower part of the motif extends into the inscriptions on the outer edge of the coin.

The back depicts Queen Elizabeth II as the main motif. The background is a rough grained surface, which is very unusual for an investment coin. The inscription on the edge is "Elizabeth II • D • G • Reg • F • D • 100 Pounds"