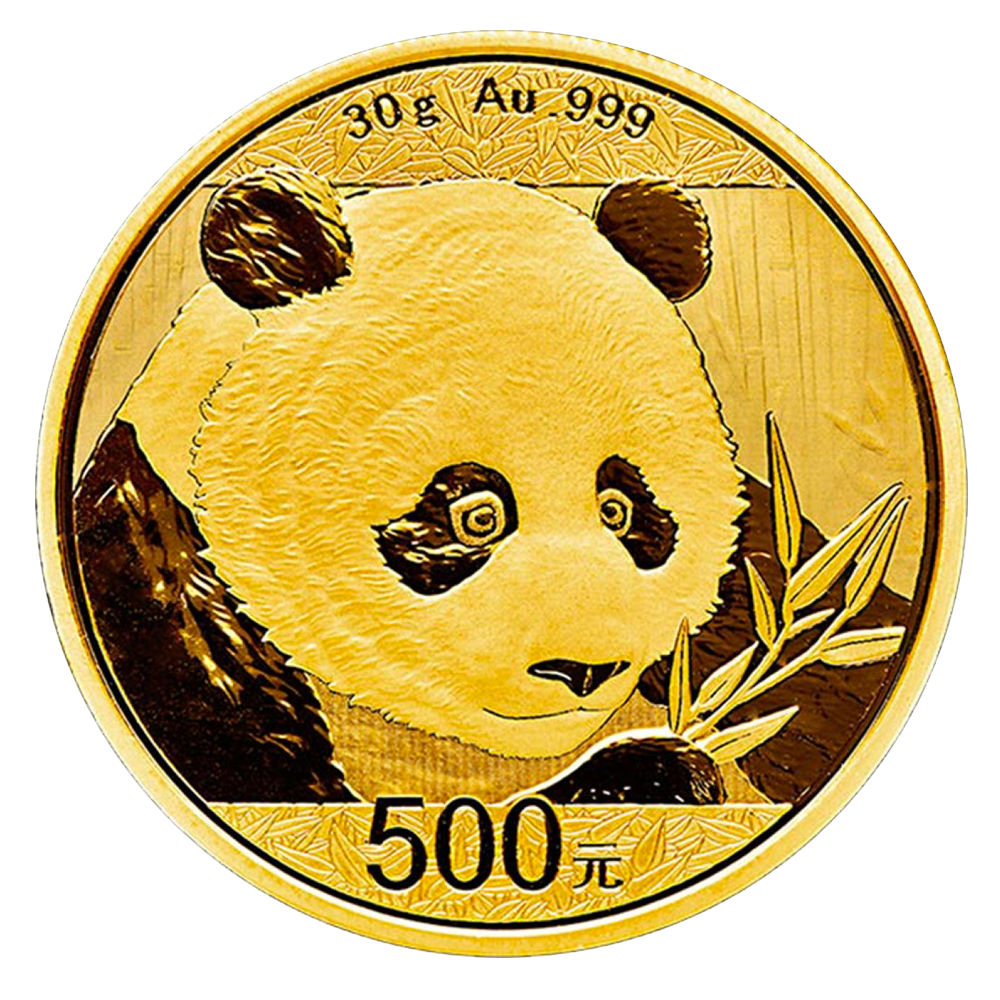 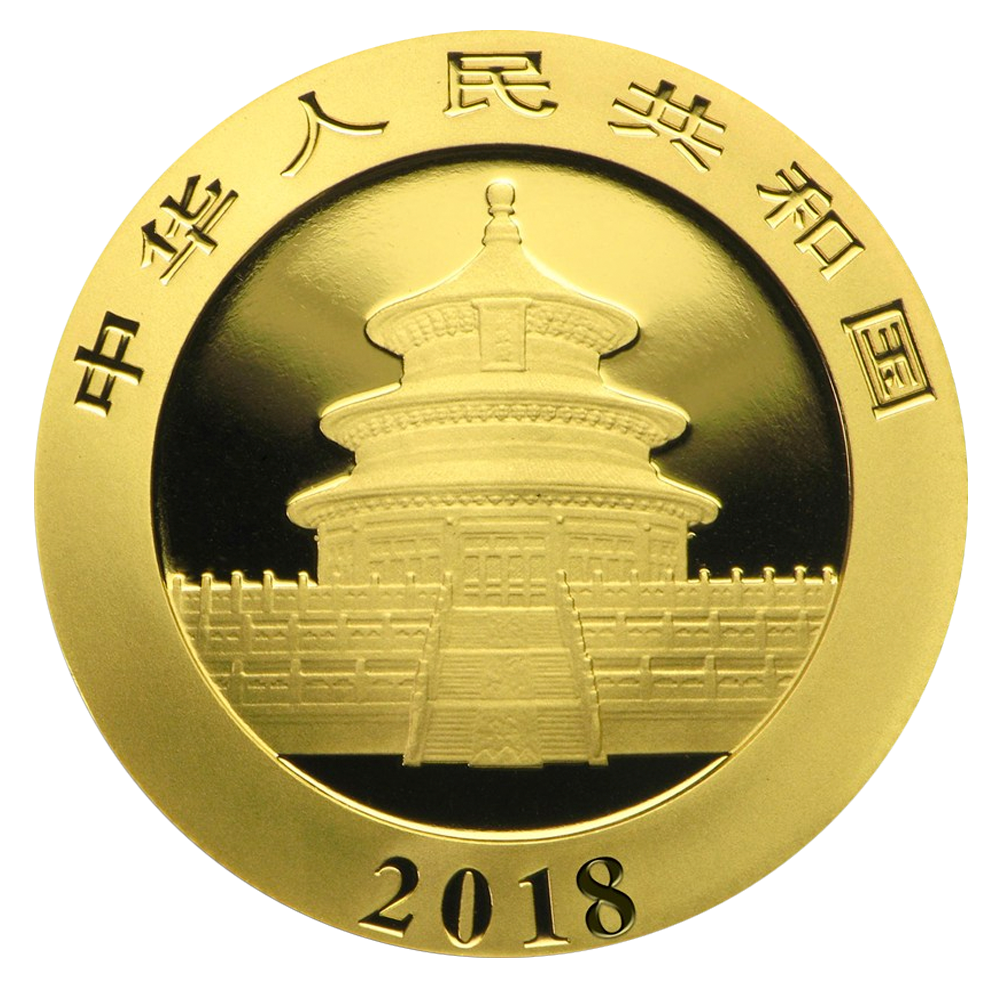 The China Panda 30 g Gold Coin 2018 is here! The popular China Panda gold coins are beautifully designed and have a fineness of 999/1000.

Since its introduction in 1987, the China Panda coin series has become a classic among precious metal investment products, enjoying ever-growing global popularity.

Due to the annually changing Panda motifs, the coin is popular with collectors and investors alike. The China Panda is among the coins that has developed a numismatic value and is a worthwhile investment.

Since 2016, China Panda gold coins are no longer issued in ounces, but with the metric gram system. The 30 g China Panda 2018, the counterpart to the 1oz coin, has a fineness of 999/1000 and the denomination has remained the same at 500 yuan.

The China Panda is issued in the following sizes:

The value side of the China Panda gold coin remains the same with each edition, showing the Temple of Heaven (Chinese: Tiantán) in Beijing. Above the temple are the words  "People's Republic of China" in Chinese characters.  Only the year of embossing under the motif varies.

On the back is the motif of the panda, which is a national symbol in China. Every year the image of the panda changes which make it interesting as a collector's coin. The 2018 edition depicts a large panda eating bamboo leaves.

In his right paw he holds a single bamboo branch with several leaves. Above ​​the motif, the fine weight in grams, the element symbol for gold "Au" and the fineness "999" on a pattern of bamboo leaves can be seen. At the bottom of the coin, the denomination of the coin in the Chinese yuan denomination is shown on the same pattern.

In China, the possession of gold was banned in 1949. All gold had to be sold to the Chinese People's Bank (except gold jewelry). On 1 September 1982, ownership of gold for private individuals was allowed again.

Inspired by increased demand for gold on the world market and the countries high gold reserves, China decided to release its own bullion coin. In 1982 the Chinese Mint launched the Panda Gold coin series in four different coin weights: 1oz, 1/2oz, 1/4oz, 1/10oz.