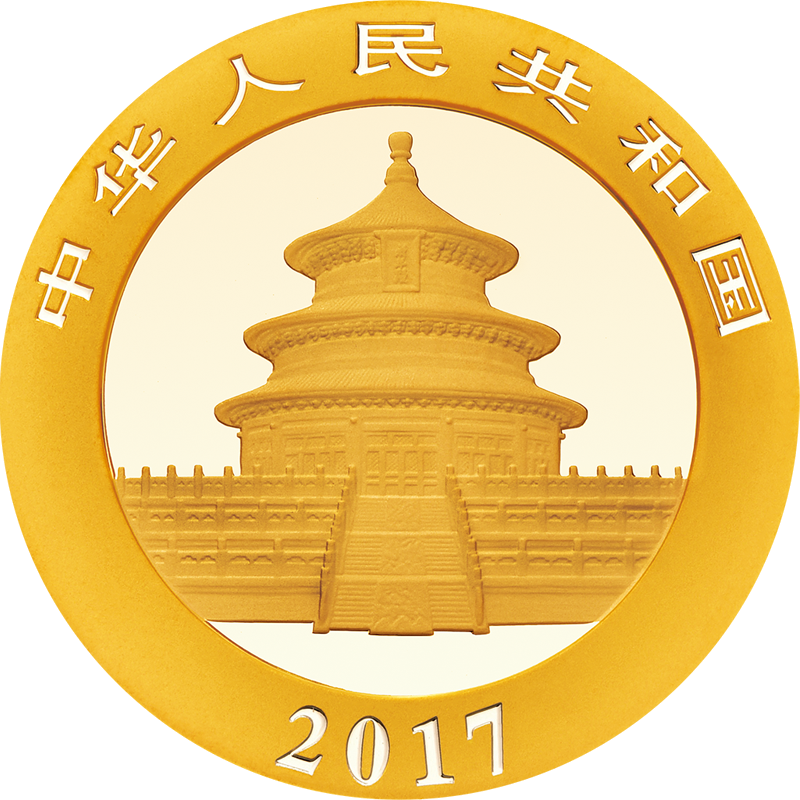 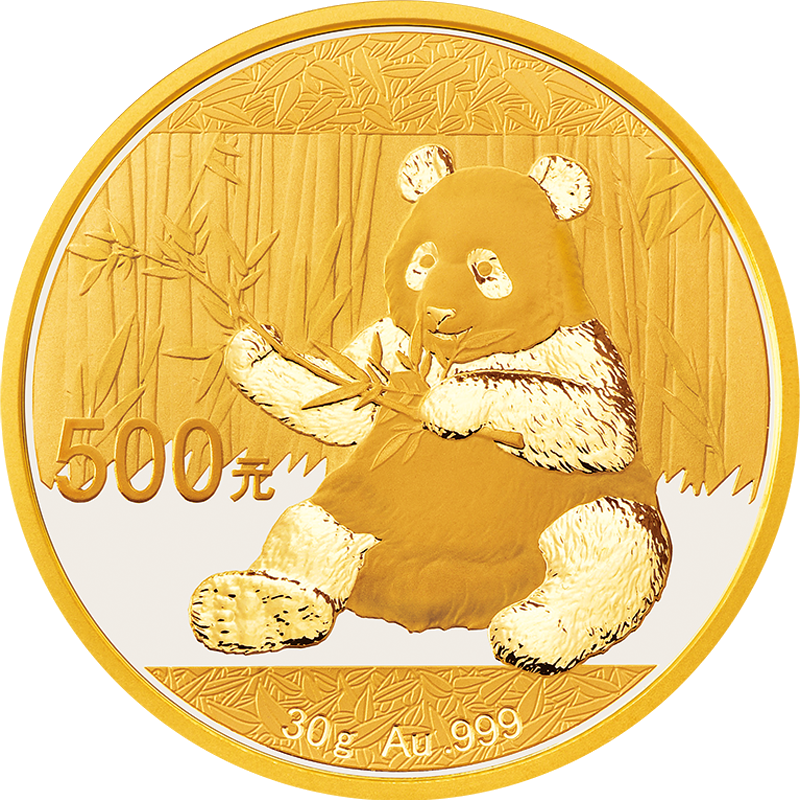 The 2017 China Panda 30 g Gold Coin is available! Chinese Gold Pandas are recognized all over the world for designs that always feature panda bears. The popular China Panda gold coins were first minted in 1982 and have a fine content of 999/1000.

The Gold Panda is one of a small number of bullion coins to change its design annually. The only exception was in 2001 and 2002 when both years design was identical. The other distinctive feature is that the Panda is the only bullion coin to be minted in grams.

Since 2016, the China Panda has been minted in nine different sizes. The new standard weights are issued up to 30 g as mint-state investment version and also in proof.

The front of the China Panda gold coin remains unchanged, showing the Temple of Heaven (Chinese Tiantán) in Beijing. Above the temple are the words "People's Republic of China" in Chinese characters. Only the embossing year below the motif varies.

Every year, the reverse design of the panda changes, which draws more interest in the coin series. However, the back will always show the image of at least one panda as the main motif.  The panda bear is an important national symbol in China and represents peace and friendship.

The motif of the China Panda 2017 shows a panda sitting in the grass, holding a bamboo tube in her hands. Bamboo plants can also be seen in the background. Inscripted on the back are the face value, weight, and fineness. Since 2015 the back of the gold pandas no longer provide a weight indication in oz.

In 1949 when the communists came to power in China, ownership of gold was prohibited. All gold had to be sold to the Chinese People's Bank (except gold jewelry). In 1982, the possession of gold for private individuals was allowed again.

Encouraged by increased gold demand in the world market and the high gold reserves in China, the official mint of the People’s Republic of China introduced the Gold Panda in 1982. The first Gold Panda series consisted of four different coin sizes: 1oz, 1/2oz,

+ Gold coins can be stored in small spaces

+ Quickly convertible to any currency