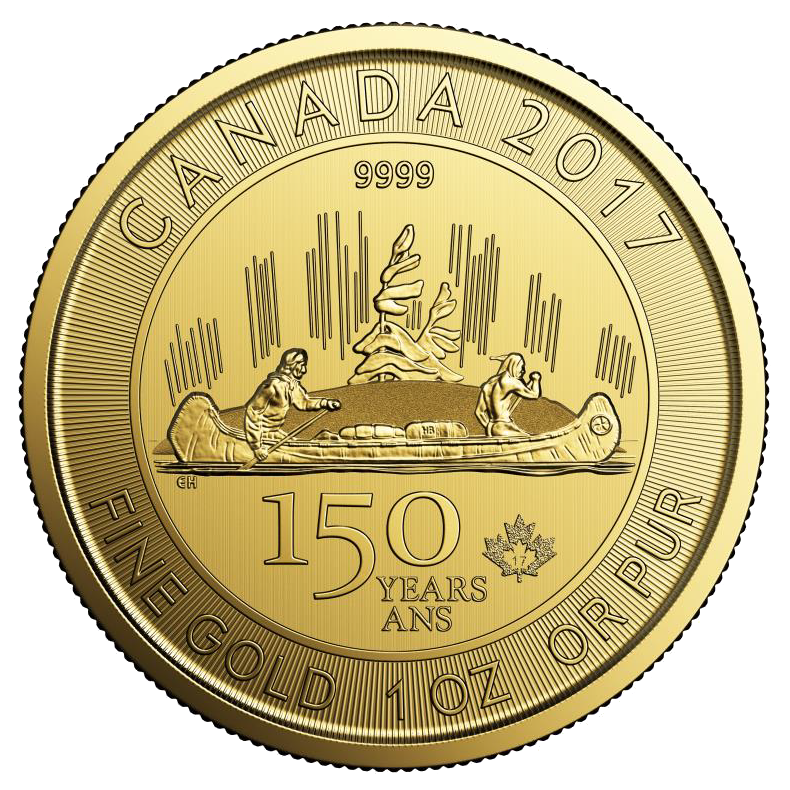 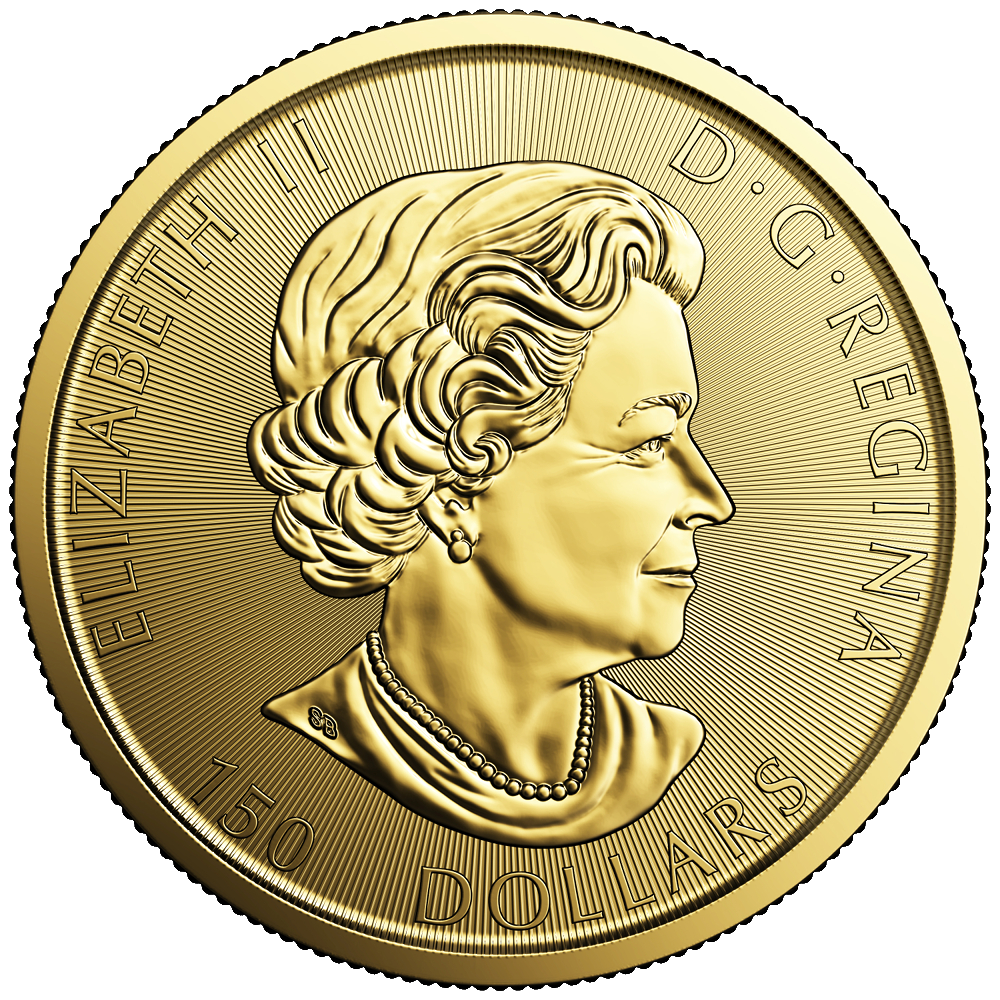 The Voyageur Canada celebrates the 150th birthday of Canada and is issued by the Royal Canadian Mint as special edition investment coin in gold and silver. The Voyageur is legal tender in Canada and is a very nice collector's coin. This special edition coin features a unique $150 denomination, which is the first ever for 1oz .9999 gold bullion coin.

The 1oz Voyageur Canada 150 is 99.99% pure gold and has a limited mintage of 15,000 coins. The Voyager is packaged in a unique blister card and is certified to contain the stated purity and fine weight.

As with the Maple Leaf gold coin series, the new security features were also used for the Voyager. The safety features include a laser-engraved maple leaf on the motif side of the coin.

The year of mintage 2017 can be read in the center of the laser-engraved Maple Leaf. Radial lines on both sides of the coin serve as protection from counterfeits and create a beautiful glimmer.

The value side shows the portrait of Queen Elizabeth II. The representation of the queen is the motif on all "Commonwealth" coins. Along the outer edge, above the queen the inscription "ELIZABETH II D G REGINA" can be read. The nominal value "150 DOLLARS" is printed along the lower side of the outer edge.

The design of the coin comes from the famous first Canadian silver dollar - the Voyageur Silver Dollar. This, like the present coin, shows a Voyageur together with a native in a canoe, the most important means of transport in the Canadian wilderness. In the background, an island with trees blowing in the wind can be seen, which illustrates the vast, untamed wilderness of Canada.

Below the canoe are the initials of the designer of the motif, Emanuel Hahn.

This historical gold coin is delivered in a plastic capsule, welded into a blister card. This blister card has a safety feature that makes the background shimmer with movements in the light and lets the imprinted polar light come to life in the dark of the Canadian night.

On July 1st, 1867, the two British colonies of Nova Scotia and New Brunswick and the territories of Quebec and Ontario joined the Dominion of Canada. An event that is celebrated throughout Canada as the birth of the Canadian nation. 2017 Celebrates the 150th anniversary.

The present coin, shows a European discoverer together with an American native in a canoe. Thus, the Voyageur Dollar symbolizes the spirit and drive that has made Canada the successful nation it is today. A land of adventurers, gold explorers and traders.

The motif of the Voyager is modeled after the historic Canadian silver coin, which was first issued in 1935 to celebrate the 25th throne anniversary of King George V. The design came from the famous sculptor Emanuel Hahn from Toronto.