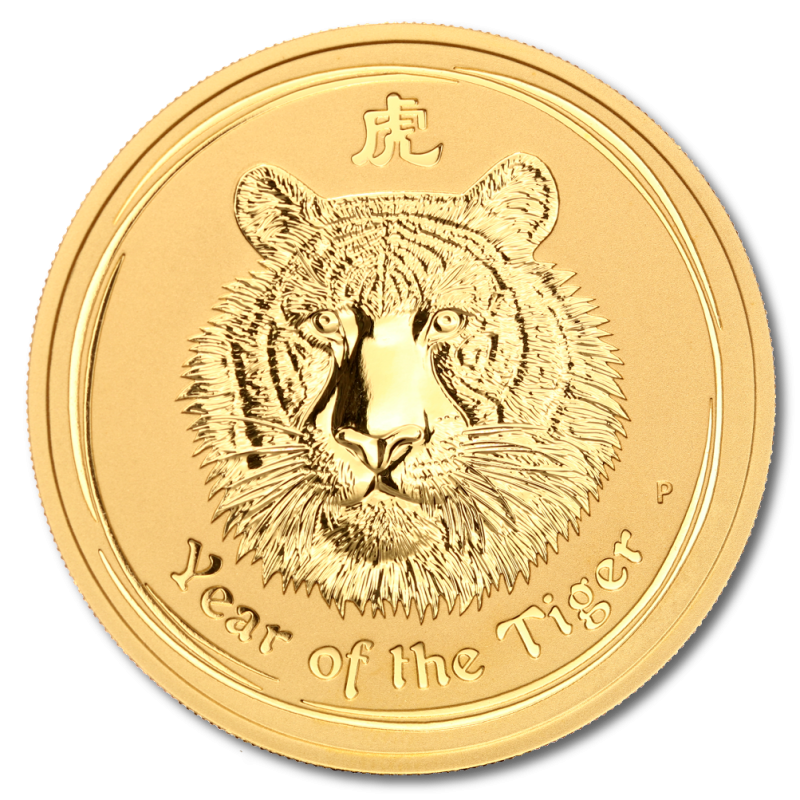 The motif side of the coin depicts a detailed image of a Tiger’s head. The Chinese character for tiger can be seen above the motif. The inscription on the bottom outer edge is “YEAR OF THE TIGER”. The Perth Mints traditional “P” mint mark is on the right side of the coin.

The value side of the coin shows the profile of her majesty Queen Elizabeth II wearing a royal crown. The inscriptions around the outer edge are the name of the regent “ELIZABETH II”, the country of origin “AUSTRALIA”, the face value of “100 DOLLARS”, the year of issue “2010” and the fine weight and purity “1 oz 9999 GOLD”.