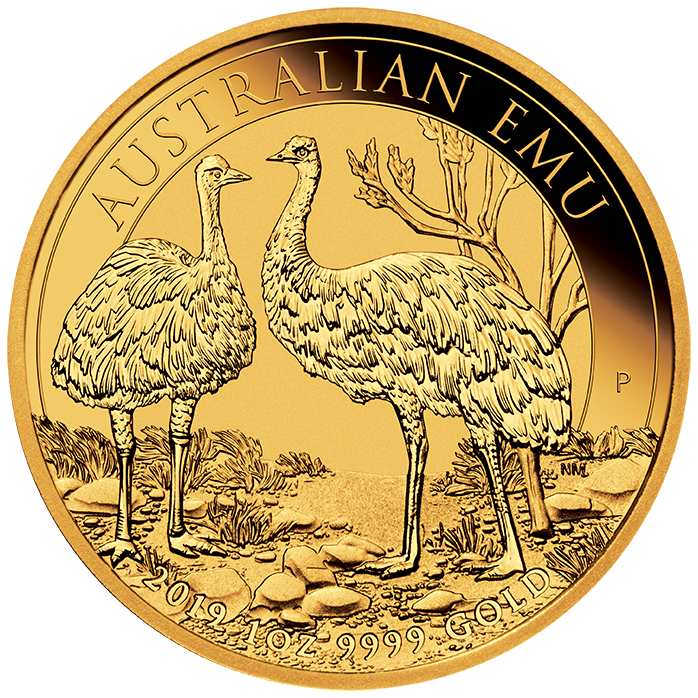 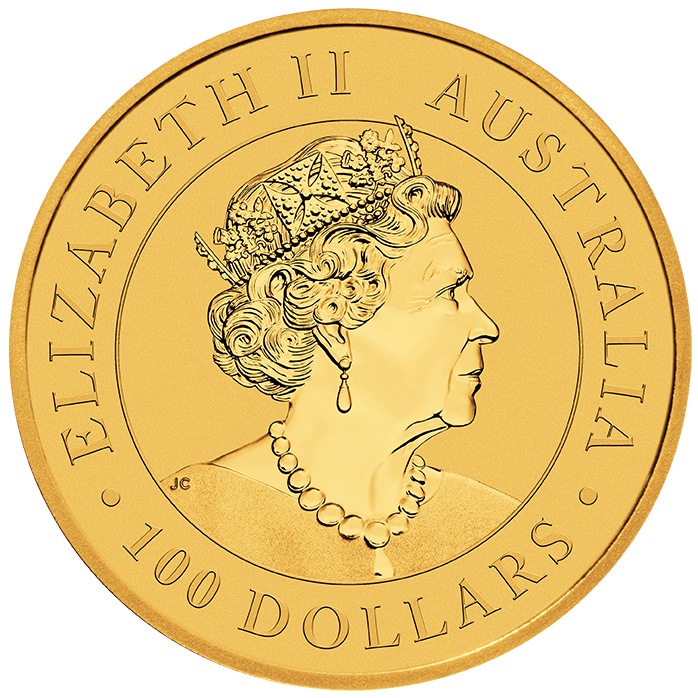 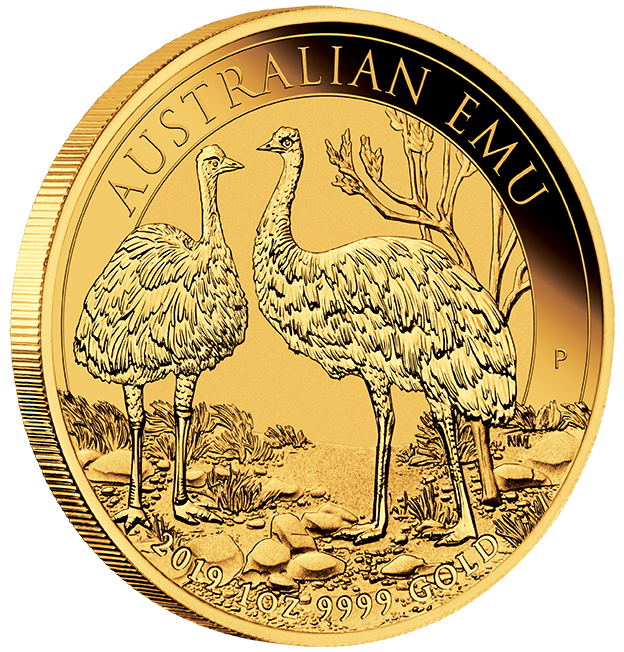 The 2019 edition of the "Australian Emu" 1 oz gold coin has arrived!! The Gold Emu is produced by the world renowned Perth Mint and has a limited mintage of just 5,000 pieces. The coin was designed by Jennifer McKenna, who is a graphic designer for the Perth Mint. The Australian Emu gold coin is 99.99% pure gold and is packaged in a protective plastic capsule.

The limited circulation of the Australia Emu 1oz Gold Coin and the attractive design gives it the potential for appreciation and is suitable for both collectors and investors. The series meets the criteria of semi-numismatics. For more information on semi-numismatics click here.

The reverse shows the portrait of Queen Elizabeth II wearing a royal crown, necklace and earring. The portrait of the queen was created by Royal Mint engraver Jody Clark, who’s initials appear above the queens right shoulder. The inscriptions surrounding the outer edge show the name of the regent "ELIZABETH II", the country of origin "AUSTRALIA" and the face value of "100 DOLLARS".

The emu is the largest native bird in Australia and lives on the mainland. Emus are flightless, feathered birds with long legs and necks. They can reach a speed of 60 km/hr and a height of up to 1.80 meters. The Emu is a national symbol of Australia and appears on the coat of arms next to the kangaroo holding the shield. Both animals can not move backwards and are thus intended to represent the progress and the forwardness of Australia.

The Perth Mint is one of the most famous mints in the world and is known for using the unique natural landscapes of Australia in its coin designs, which are presented in a realistic and detailed manner. It uses motifs that are displayed in their natural environment and native to Australia. Many coins produced by the Perth Mint are categorized as semi numismatics, due to the extraordinary designs and limited mintage numbers. The emu is the latest wildlife motif and joins the kookaburra, koala, kangaroo, bird of paradise and swan that have been featured on Perth Mint coins.