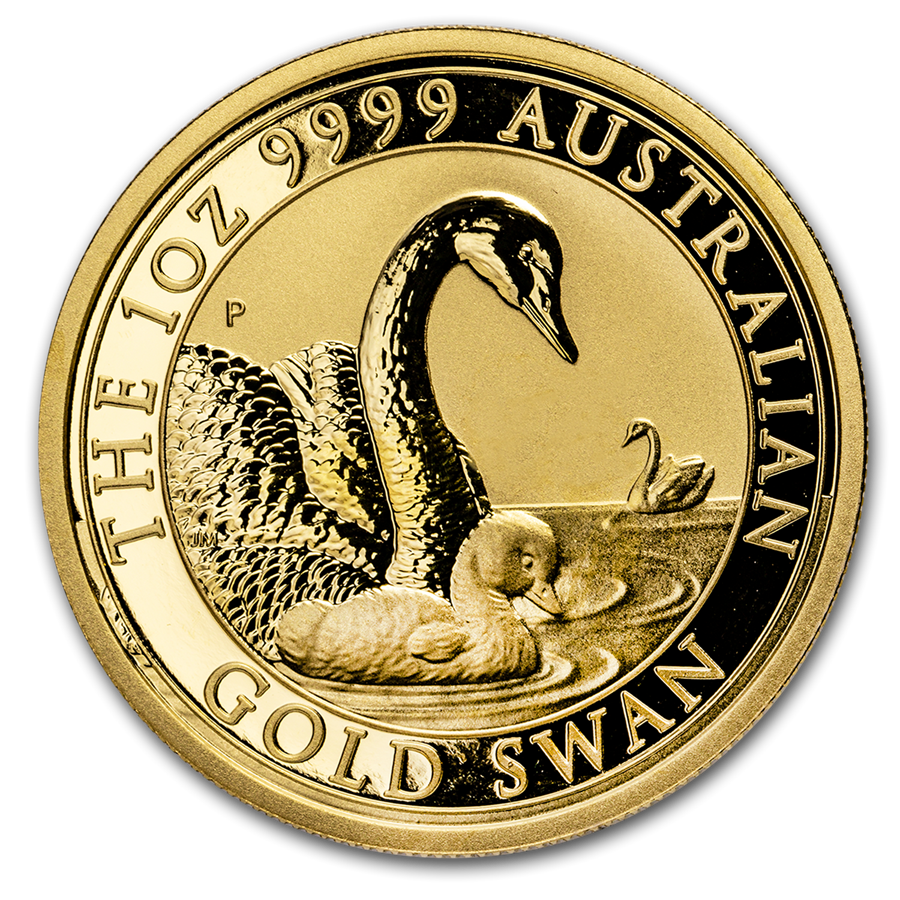 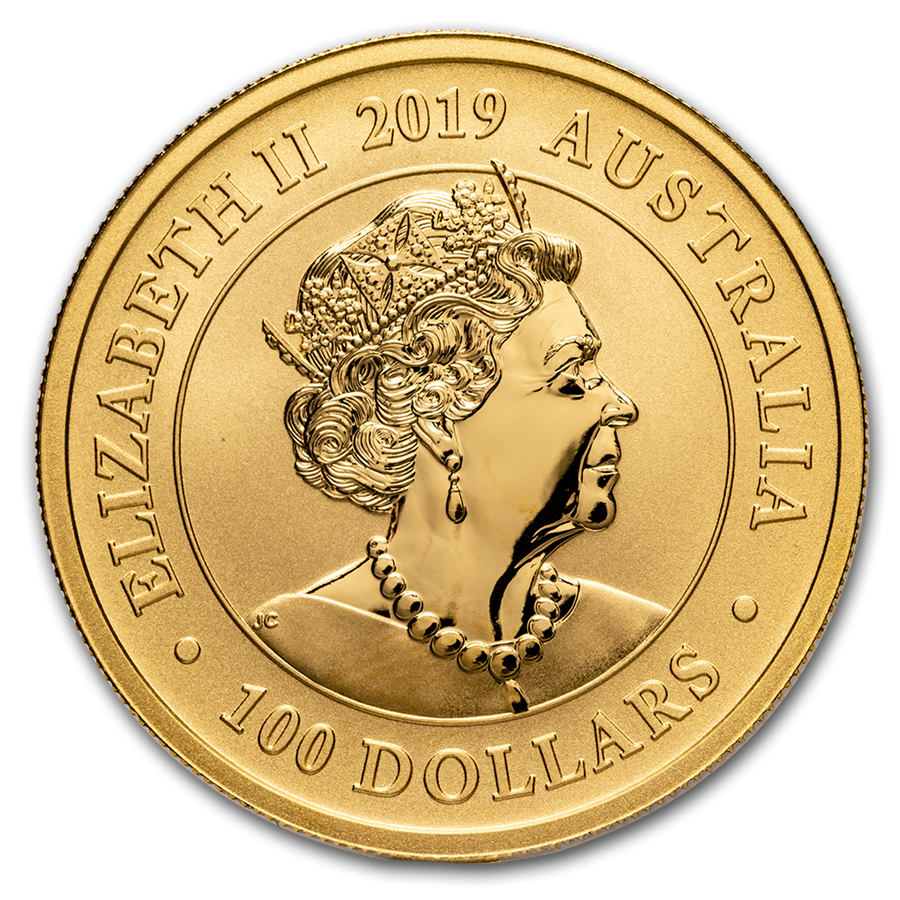 The 2019 “Australian Swan” Gold Coin is the third edition in the series and produced by the world renowned Perth Mint. The series began in 2017 and each year depicts a new design of the majestic Australian Swan in its natural environment. The "Australian Swan" 1 ounce gold coin, like the previous editions, has a limited mintage of only 5,000 pieces, making it ideal for collectors and investors.

The Australian Gold Swan is another high quality, beautifully designed coin from the Perth Mint.

The "Australia Swan" gold coin is only available in the traditional 1 oz size. It has a high purity of 99.99% gold. The series was launched in 2017 and is also available in silver.

The motif side of the 2019 issue shows three swans swimming in the water. In the foreground is a baby swan with its mother. In the background is another adult swan. The swans depicted in the foreground are designed in great detail. The inscription in the optically offset border reads "THE 1 oz 9999 AUSTRALIAN GOLD SWAN". The letter "P", which stands for the Perth Mint, is engraved on the left above the mother swan.

The value side of the coin shows a portrait of Queen Elizabeth II. The initials "JC" can be seen on the Queen's shoulder and stand for Jody Clark, who created the portrait. The design shows the Queen looking to the right with crown, large earrings and necklace. The inscription reads "ELIZABETH II 2019 AUSTRALIA ● 100 DOLLARS"

The Perth Mint is one of the world's most prestigious mints and was founded in 1896 as a branch of the Royal Mint in London. Originally, the Perth Mint was responsible for producing Sovereign gold coins for the British Empire. In 1970, ownership of the Perth Mint was transferred to the Government of Western Australia.

Today, the Perth Mint produces some of the world's most popular and best-selling gold and silver coins, which include: