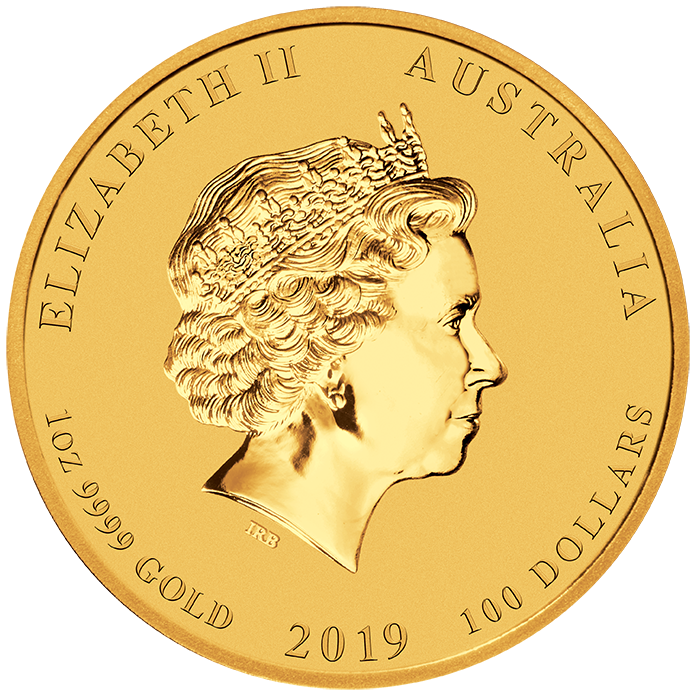 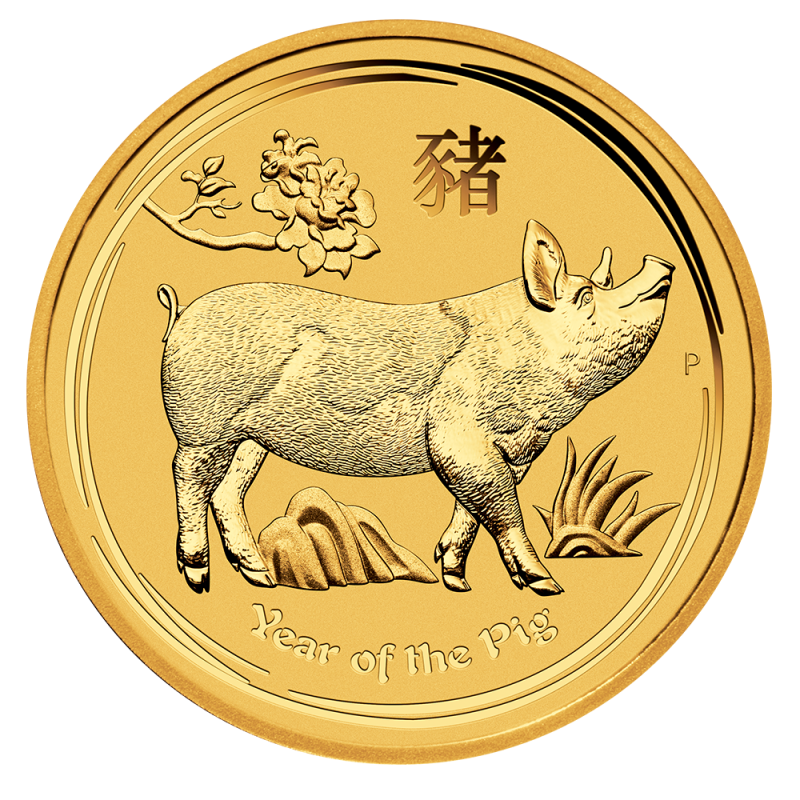 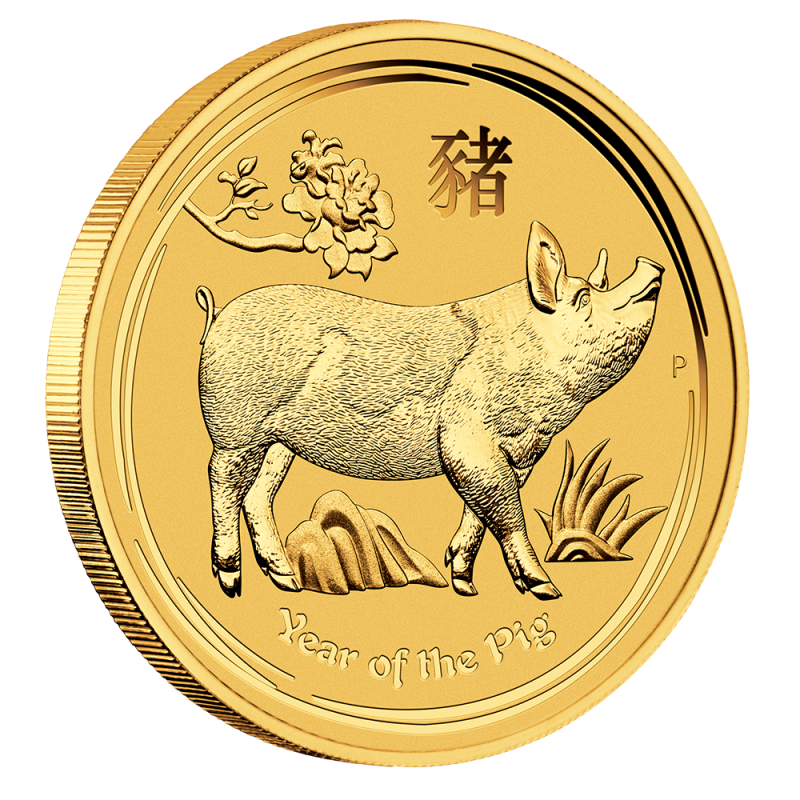 The front side of the coin depicts a large pig standing on a field. In the Chinese Zodiac, the pig is characterized as a highly intelligent, social and inquisitive animal. The Chinese character for pig is engraved in the top portion of the coin. The inscription on the bottom outer edge reads: “Year of the Pig”.

The reverse side portrays the Ian Rank-Broadley effigy of her majesty Queen Elizabeth II. The inscriptions around the outer edge are the name of the regent “Elizabeth II”, the country of origin “AUSTRALIA”, the nominal value of “100 Dollars”, the year of issue “2019” and the weight and purity “1 oz 9999 GOLD”.

The Perth Mint was established in 1899 as a branch of the United Kingdom’s Royal Mint. Between 1899-1931 the Perth Mint produced more than 106 million ounces of Gold Sovereigns for the British Empire.

The ownership of the mint was transferred to the Government of Western Australia in 1970. Today, the Perth Mint provides one of the largest selections of pure gold, silver, and platinum coins to investors and collectors worldwide.