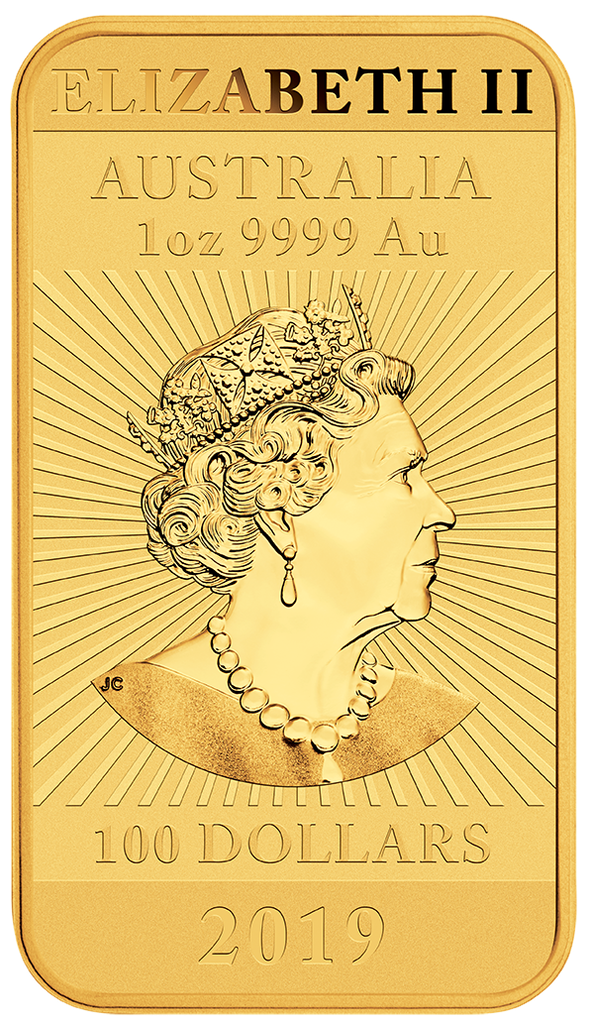 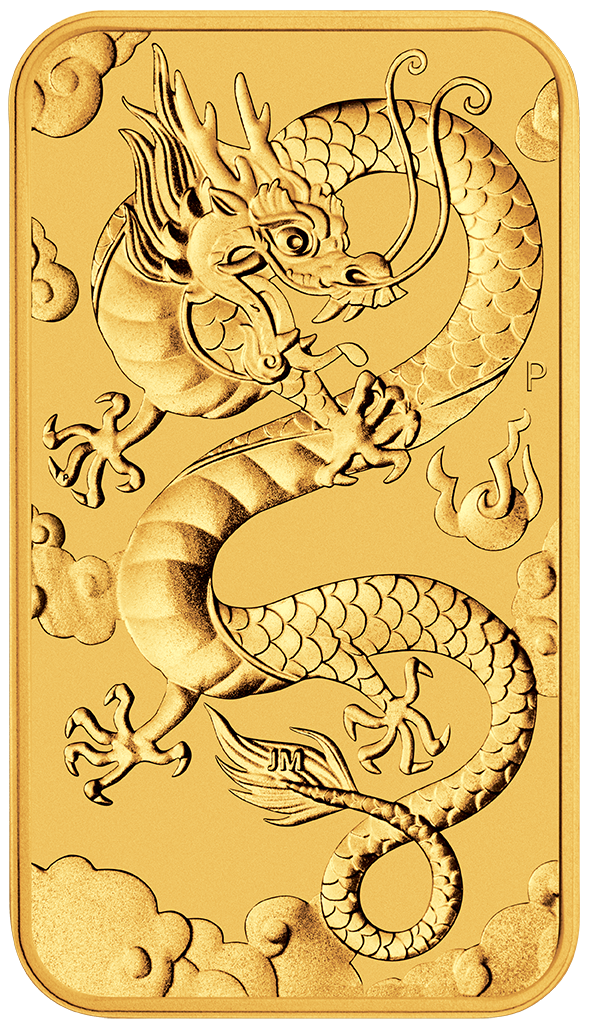 The Dragon rectangular 1 oz gold coin was first issued in 2018. The 2019 edition features a new portrait of Queen Elizabeth II on the value side of the coin.

The dragon is one of the most powerful mythical symbols in Chinese culture. Historically, the Chinese dragon was associated with the Chinese Emperor and represents imperial power. In the Qing dynasty, the dragon was depicted on the first national Chinese flag.

clouds in the background. The Perth Mints traditional “P” mint mark is on the right side near the edge. Dragons are often depicted with flaming pearls and symbolize wisdom and enlightenment.

The value side shows the Jody Clark effigy of her majesty Queen Elizabeth II. The queen is depicted with a royal crown, earring and necklace. Emanating from the queen are sunbursts.

The engravings on the top portion of the coin include the name of the regent “ELIZABETH II”, the country of origin “AUSTRALIA” and the fine weight and purity “1 oz 9999 Au”. Below the motif is the face value “100 DOLLARS” and the date of issue “2019”.