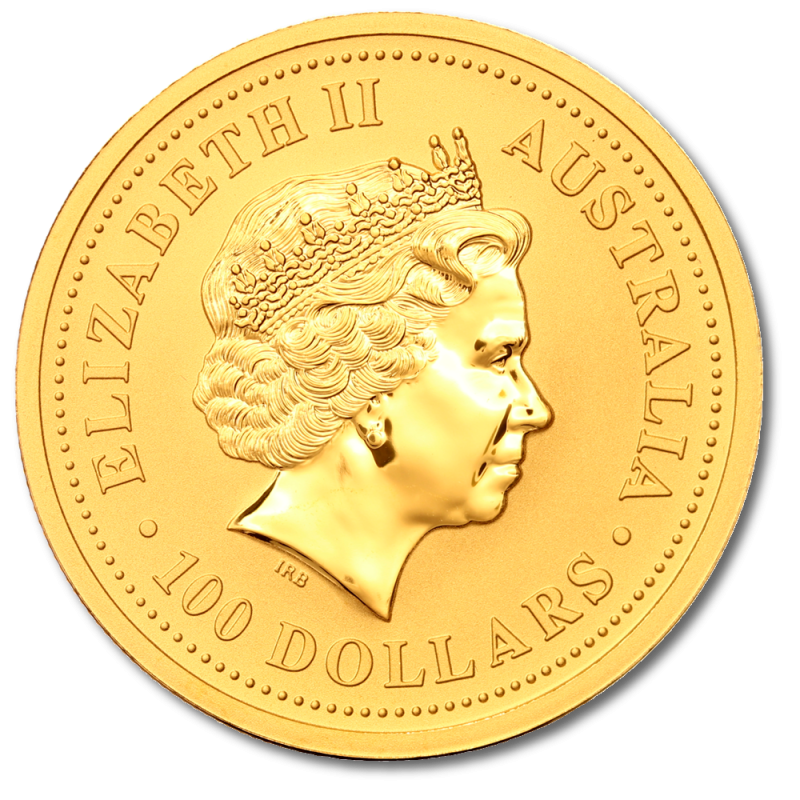 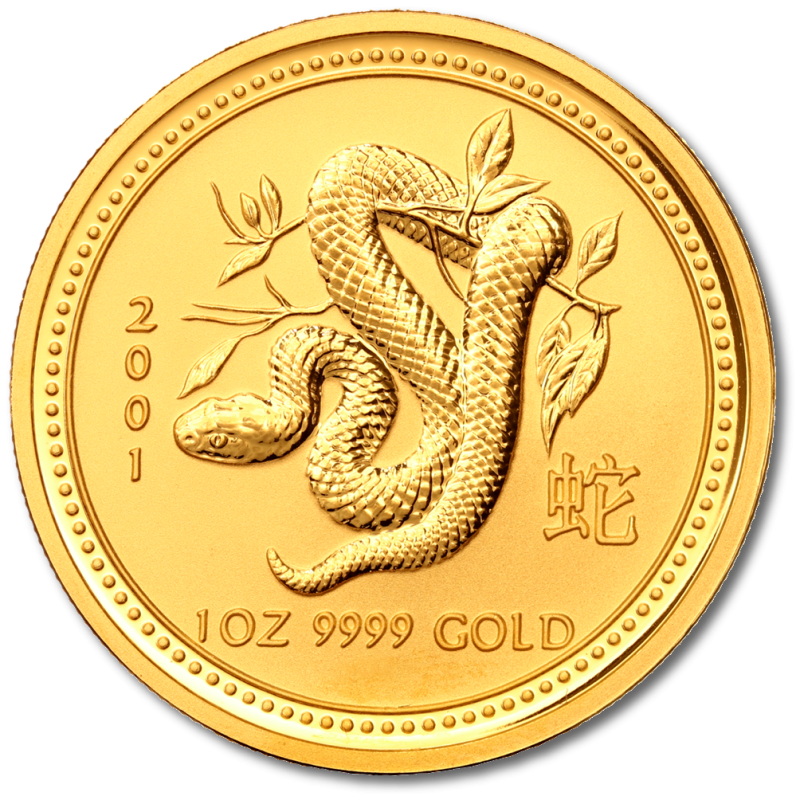 The 2001 Lunar Snake 1 oz gold coin is the sixth release in the Lunar I Gold coin series from the Perth Mint. The Lunar Snake contains 1 oz of pure 24 karat gold and has a maximum mintage of 30,000 coins.

The Lunar Gold coin series was issued from 1996 to 2007 and each edition features one of the 12 animals of the Chinese Zodiac. All of the coins in the series have a fineness of .9999 gold.

Year of the Snake

The front side of the coin depicts a Lunar Snake wrapped around a tree branch. The Chinese character for snake is on the right portion of the coin. The fine weight and purity of “1 OZ 9999 GOLD” is inscripted below the motif. The year of issue “2001” is engraved vertically on the left side. There is also an ornamental circle of dots that surrounds the outer edge on both side of the coin, which contributes to the beauty of the design.

The reverse side shows the portrait of Queen Elizabeth II with diadem. The initials of artist and engraver, Ian Rank-Broadley, appear below the portrait. The inscriptions around the outer edge are the country of origin “AUSTRALIA”, the name of the regent “ELIZABETH II” and the nominal value of “100 DOLLARS”.