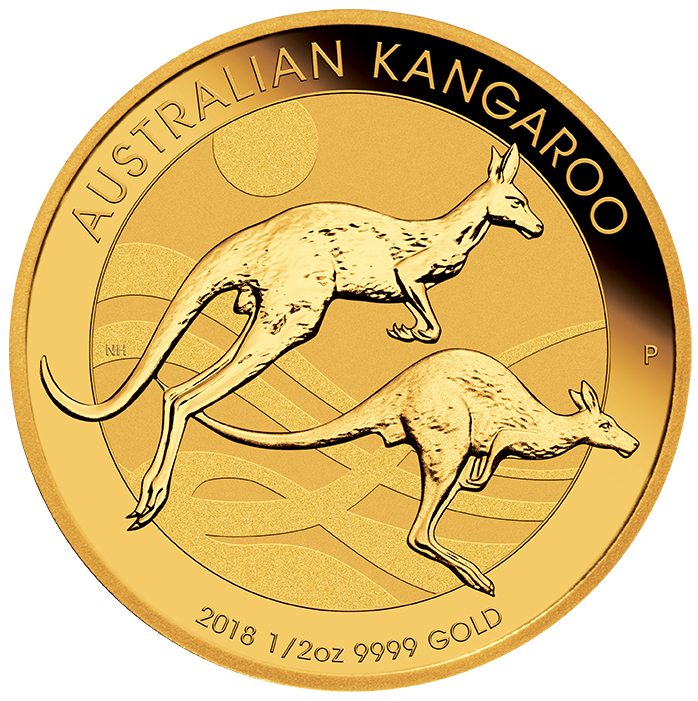 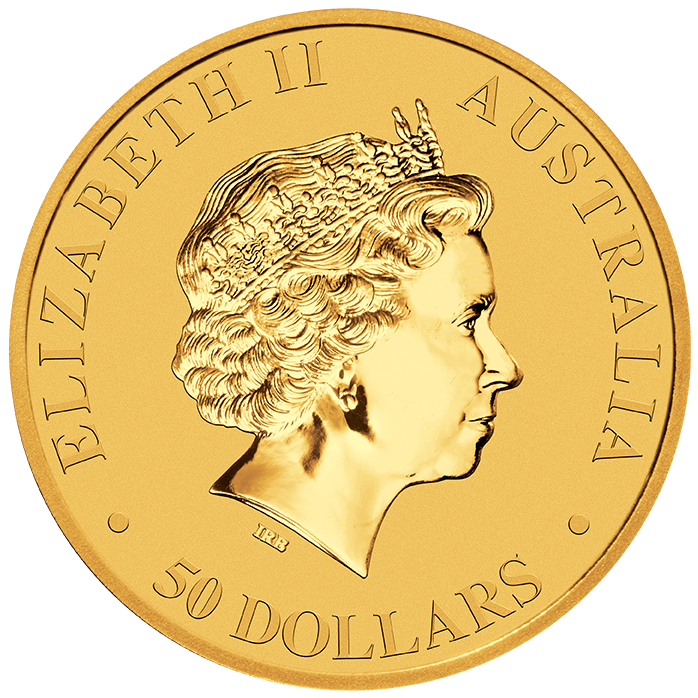 The 2018 Australian Gold Kangaroo coins have arrived. Gold Kangaroo’s are some of the most popular bullion coins in the world. Each year the design changes which adds to the appeal of the series.

The fractional sized Kangaroo’s are available in 1/2oz, 1/4oz, and 1/10oz. Fractional size coins offer lower price points than the standard 1oz coin. The key specifications of the 1/2 oz Gold Kangaroo for 2018 is as follows:

The new design for 2018 feature two Kangaroos jumping across in the Australian outback. The inscription along the top outer edge reads “Australian Kangaroo”.

The reverse side of the 2018 1/2oz Gold Kangaroo depicts an image of her majesty Queen Elizabeth II. The portrait of the Queen was designed by artist Ian Rank Broadley. The inscriptions on the reverse read “Australia” “Elizabeth II” and “50 Dollars”.

Australian Gold Kangaroos have a number of key advantages for both investors and collectors.

Australian Gold Kangaroos are produced by the world renowned Perth Mint. The Perth Mint opened in 1899 in response to the discovery of gold deposits in Coolgardie and Kalgoorlie.

At the time, it was Australia’s third branch of the British Royal Mint. The other Australian Mints were located in Sydney and Melbourne which have since been closed.