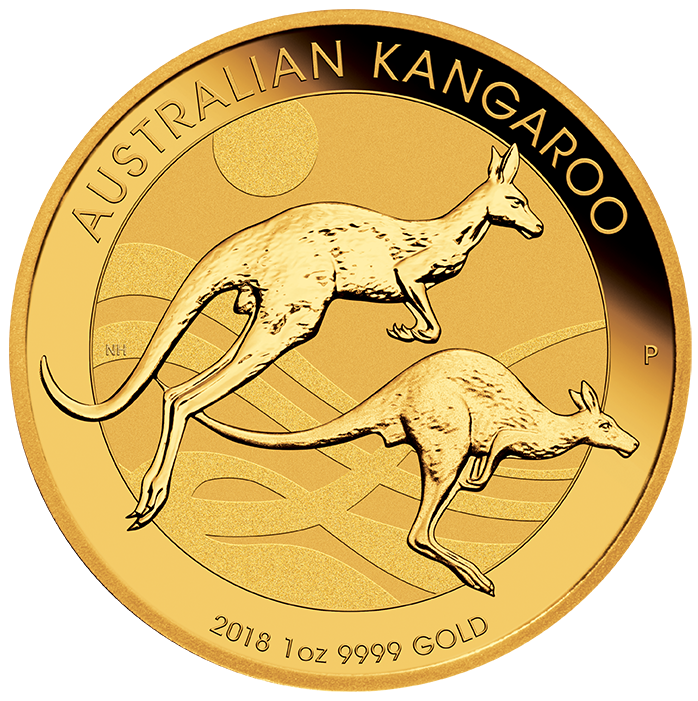 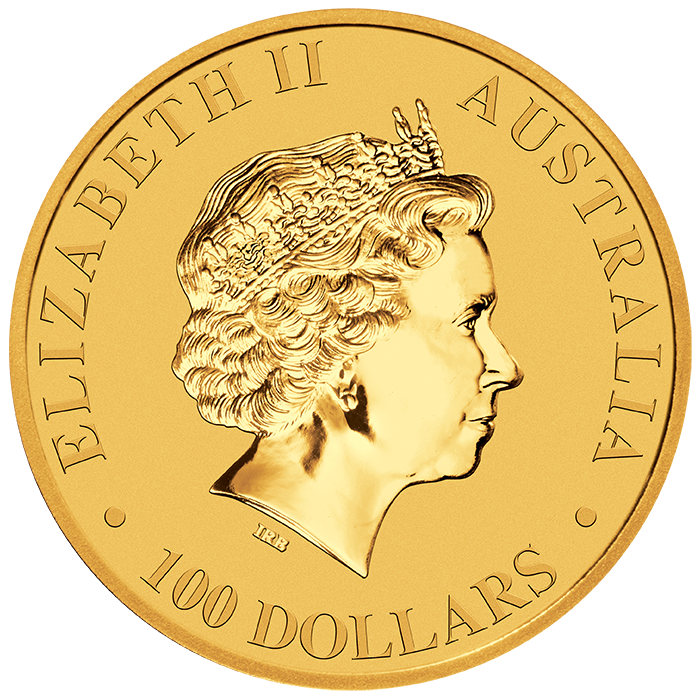 The "Australian Kangaroo 2018" is now available. Published by the prestigious Australian Mint Perth Mint, the Australian Kangaroo is one of the best-selling gold products in the world. The annually changing motifs of the "Kangaroo" gold coin makes them popular with collectors and investors alike.

The kangaroo is the national symbol of Australia. The kangaroo received official national recognition with its inclusion on the Australian "Coat of Arms" in 1908. It is said that this animal was chosen to move the country "forward" because the kangaroo can not go backwards.

The Australian Kangaroo 1 oz 2018 is a 24 carat gold coin with a purity of 999.9/1000. The gold coin is corrosion-resistant due to its high degree of purity and retains its golden color over time.

Gold is a "soft" metal and as a result 24K gold coins are prone to surface scratches. It is therefore advisable to store the coins in their protective capsules.

On all Australian Kangaroo coins, as the name suggests, one or more kangaroos is depicted as the main motive. In addition, the gold coin, like all other editions, is equipped with a rippled edge and edge bar.

The motif of the 1oz Kangaroo Gold Coin 2018 shows two jumping kangaroos in the Australian outback with the Australian sun in the background. "AUSTRALIAN KANGAROO" the name of the coin, is imprinted in the optically remote border area of ​​the coin.

To the right of the motif is the mint mark "P", which stands for the Perth Mint. The issue date "2018" is stamped along the lower edge of the coin, together with the fine weight "1oz" the purity of "9999" and the designation "Gold".

On the value side of the coin you can see the portrait of Queen Elizabeth II. Below the design are the initials "IRB" of the artist "Ian Rank Broadley", who created the portrait of the queen in 1997. The inscriptions around the outer edge are "ELIZABETH II", the country "AUSTRALIA" and the denomination "100 Dollars".

The history of the "Australian Kangaroo" goes back to 1986. Given the import ban of the South African Krugerrands in 1986, the Royal Perth Mint decided to launch its own gold coin.

The first designs in 1986 featured famous nuggets found on the Australian continent. In 1989, the series received a new design, which presented the kangaroo as the main motif. The kangaroo was considered a world recognizable symbol of Australia. This was not only a stroke of luck, but a very well planned marketing campaign. Animal designs are much more emotional, and therefore, investors are more inclined to choose them.

Because of the history of the Australian gold rush, the name "nugget" had been retained, even though the new design was introduced. From 1989 to 2007, the image of the kangaroo appeared on the coin with the name "THE AUSTRALIAN NUGGET" imprinted above the motif.

In 2008, the name "Nugget" was removed and renamed "AUSTRALIAN KANGAROO". Nevertheless, the "Nugget" has impressed so many investors worldwide that the gold coin series is still sometimes referred to by this name.

The design of the Australian Kangaroo gold coin changes annually, but will always feature one or more kangaroos in their natural environment.

Facts of the series

The Royal Perth Mint is a former branch of the British Royal Mint. The Perth Mint was founded in 1896 and is one of the largest mints in the world. The English Sovereign Gold Coin is considered one of their most famous products and was minted in Australia and 5 other countries around the world. Other sovereign mints in Australia were Sydney and Melbourne.