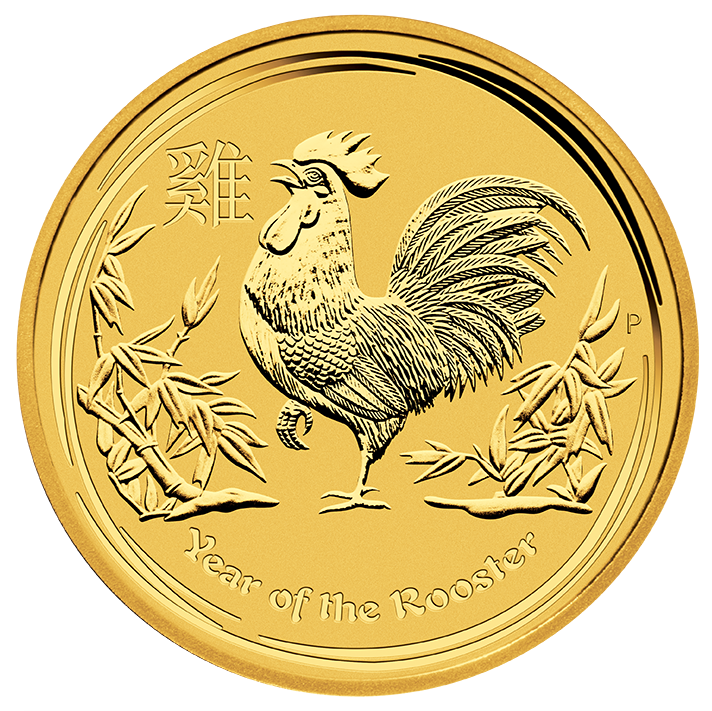 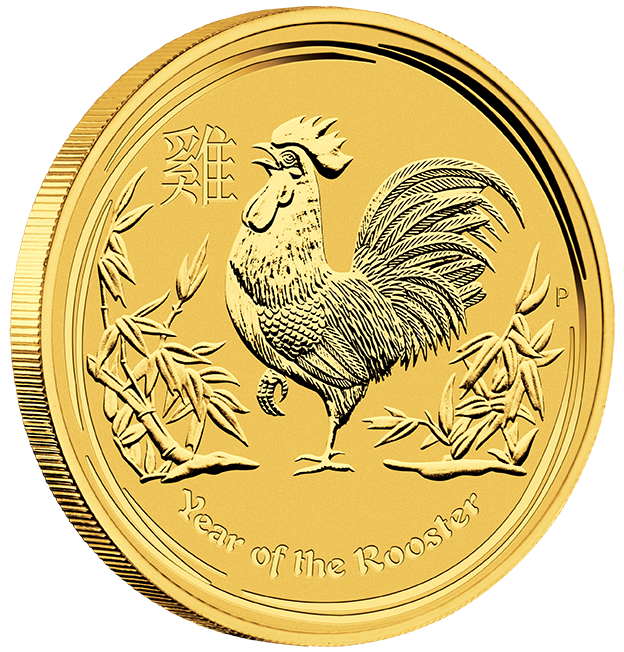 The 2017 Lunar II rooster 1/20oz gold coin is here! Struck from pure 99.99% gold the Lunar II Rooster is the 10th coin in the series and celebrates the animals of the 12 year cycle in the Chinese Lunar calendar.

The 1/20th oz Rooster is the smallest size in the series and is ideal for first time gold buyer or for those investors or collectors who are looking to add to an existing gold bullion portfolio.

The Lunar II series was introduced in 2008 and follows the original Lunar I series that was launched in 1996. The series has become one of the most popular gold and silver coin programs in the world.