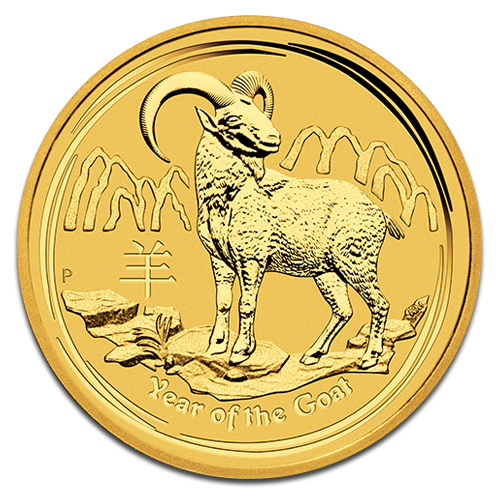 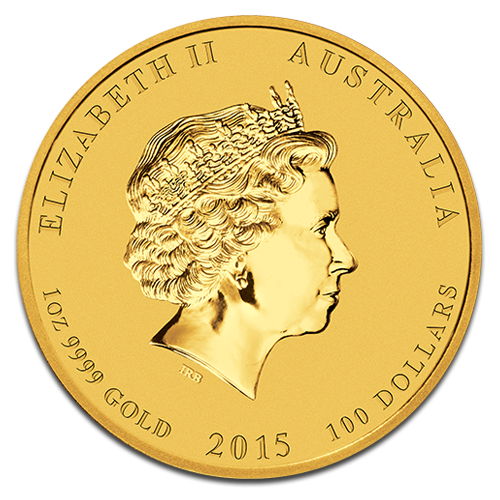 Inspired by the Chinese Zodiac the Lunar Series II Goat bullion coin is minted by the world famous Perth Mint in 2014, the year in which the year of the goat is being celebrated. The goat is the eighth of 12 animals in the 12-year cycle of the Chinese zodiac and is a symbol of strength.

The Lunar Horse coins are legal tender coins under the Australian Currency Act 1965. The real value of course is measured in the coin’s pure gold content which is 31.10 grams or 1 troy ounce. The Lunar Horse has a fineness of 999.9 with a face value of 100 Dollar.

Production and Design of the Lunar Goat Gold Coin

The Perth Mint has manufactured gold coins since 1899. The Perth Branch manufactured its first gold coin, a British sovereign, in 1899. Over the next 32 years until 1931, it issued more than 106 million sovereigns and nearly 735,000 half sovereigns, all with the distinctive “P” mintmark. The success story continued with minting decimal coins until 1984. In 1987 the Perth Mint was culminated into Gold Corporation and then expanded its range of precious metal products. In addition to gold bullion coins the Perth Mint also mints gold and platinum bullion coins (1988) adding palladium in 1995.

The second Gold Lunar coin series was released in 2008 starting with the lunar mouse/rat. As with the earlier series each coin has been minted with unique designs and different to the coins from the first series. Instead of being 40mm in width this new series has a width of 45.6mm. The series 2 coins still have a weight of 1 ounce or 31.135 grams each, the purity of gold in each of these fantastic looking lunar coins is 999.9.

Designers of the Lunar Series I and II:

As the designs on the coins change annually in order to offer a supplementary collectable dimension, the 2015 Lunar Goat coin capture a goat standing on a ridge with mountains in the background.

The inscriptions of the Australian Lunar Goat Gold Coin:

Where to buy the 1oz Australian Lunar Goat Gold Coin?

The popular 1oz Australian Lunar Goat Gold Coin can be bought at the best price either online here at www.CelticGold.eu or by calling us at +49 6151 73475171.