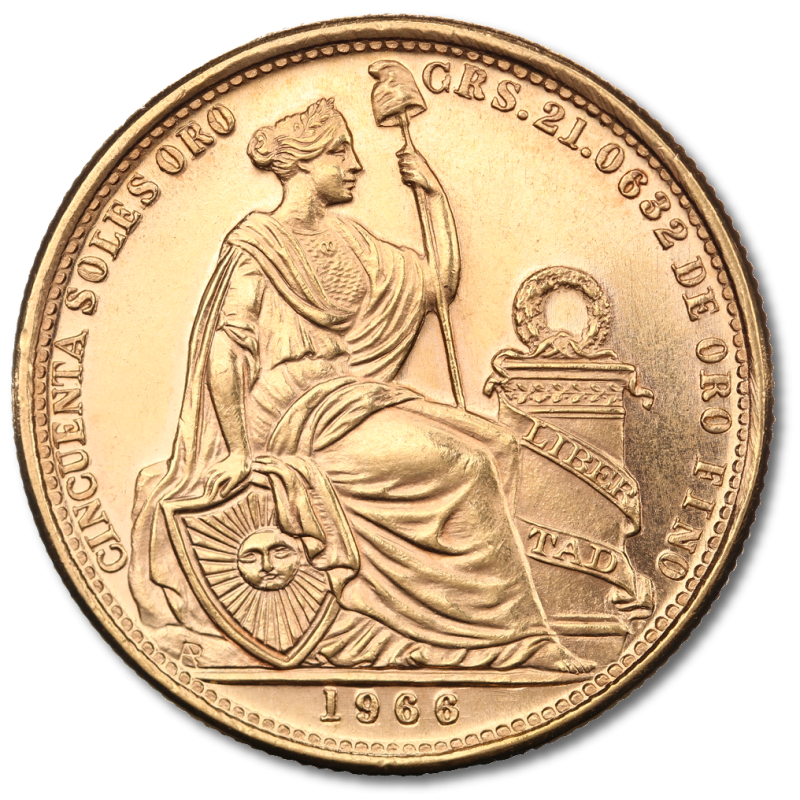 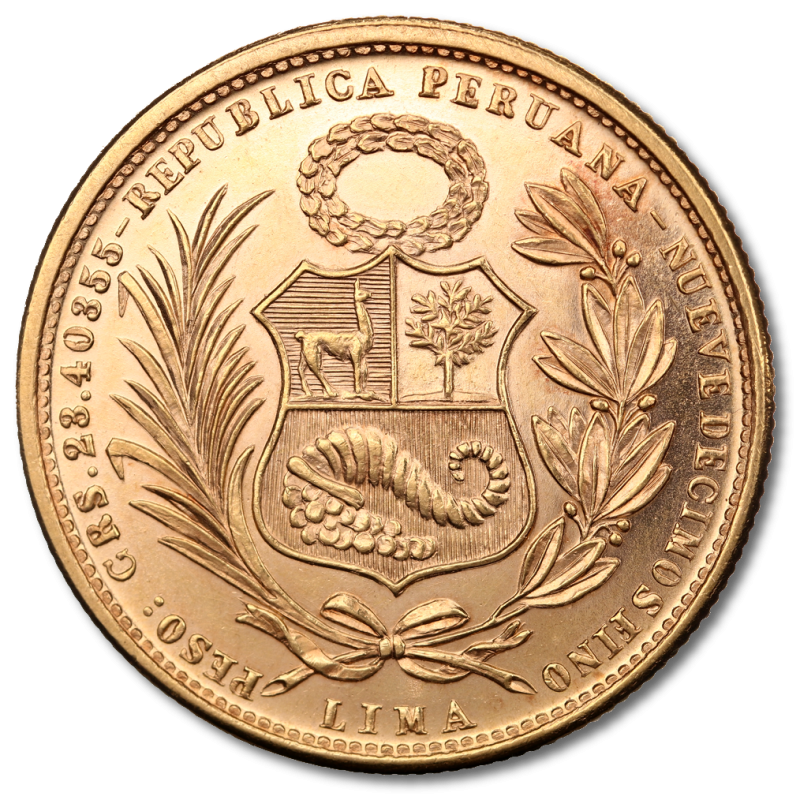 The 50 Peruvian Soles gold coin was minted between between 1950 and 1970. The coins are produced by the Lima Mint and have a purity of 90% gold. Many of the yearly issues were minted in limited qualities which adds to the appeal of the series.

The coins are beautifully designed and are ideal for both collectors and investors.

Peru and the Incas have a rich history in gold and silver. The Inca tribe emerged from the Peruvian highlands in the early part of the 13th century and expanded across much of western South America until they were conquered by the Spanish in the late 1500’s. Peru gained independence from Spain in 1821, but this was not officially recognized by Spain until 1879.