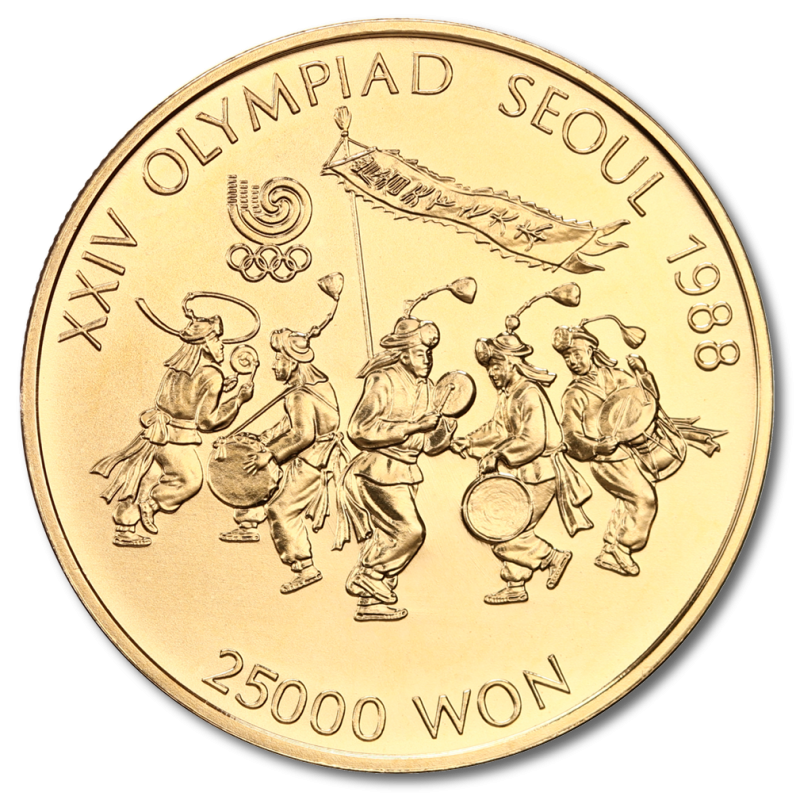 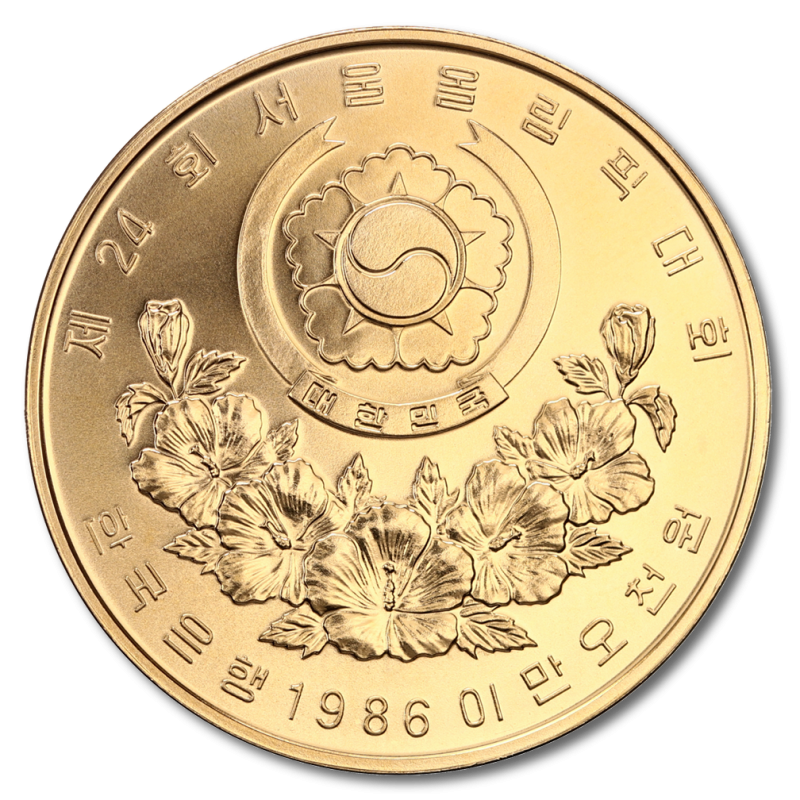 South Korea gold coins are beautifully designed and were introduced to commemorate the XXIV Olympic games that were held in Seoul in 1988. The series consists of 4 coins all with unique designs that celebrate South Korean culture.

What’s interesting about the series is the motifs highlight different aspects of Korean folklore and tradition, instead of profiling the Olympic games.

All of the South Korea Olympic gold coins have the same weight, puitry and nominal value.