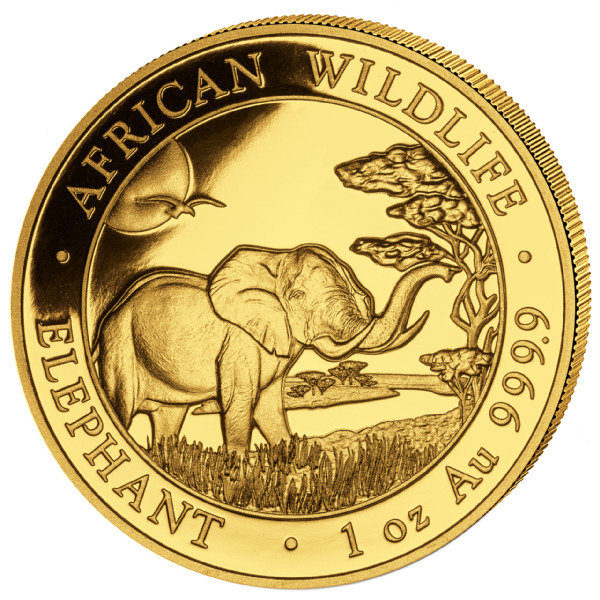 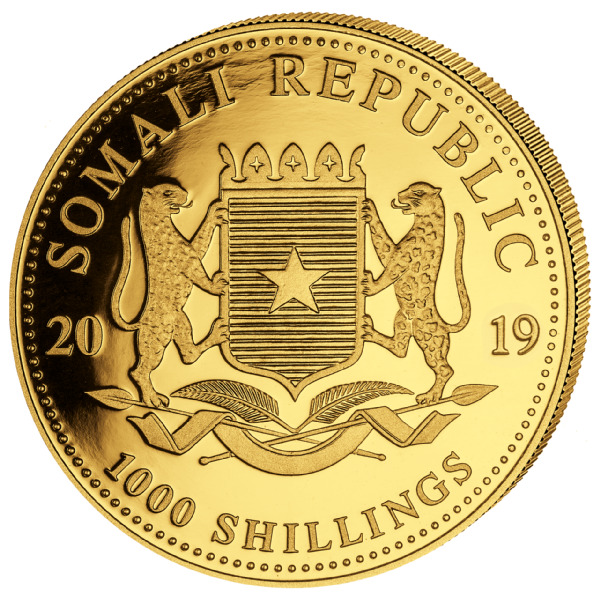 The 2019 Somalia Elephant 1 ounce gold coin is the newest edition from the "AFRICAN WILDLIFE" series which was first issued in 2004. The series features new designs every year, but will always depict the iconic African Elephant as the main motif. Initially, the series was issued only in silver and in 2010, because of the global appeal, the series was introduced in gold.

The motif side of the Somalia Elephant 1 ounce Gold Coin 2019 depicts a full-grown elephant with a raised trunk in the African steppe. The landscape shows a river, acacia trees and tall grass. In the background is the sun and a bird in flight. The edge of the coin bears the inscription "AFRICAN WILDLIFE ᛫ ELEPHANT ᛫ 1 oz Au 999.9".

The value side depicts the state emblem of Somalia. The shield has a five pointed star in the center with a crown on top and is held by leopards on either side. Below the leopards you can see two crossed spears and palm fronds. In addition to the coat of arms, the value page shows the issue year "2019", the country of origin "SOMALI REPUBLIC" and the nominal value "1,000 SHILLINGS". A zigzag of dots surrounds the edge bar.