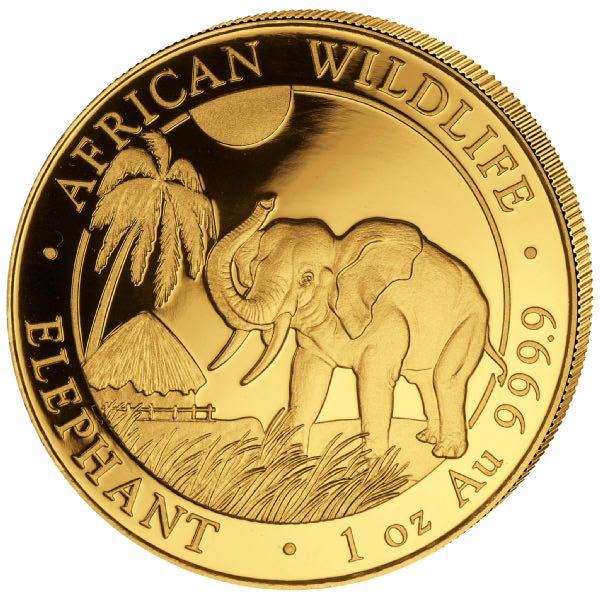 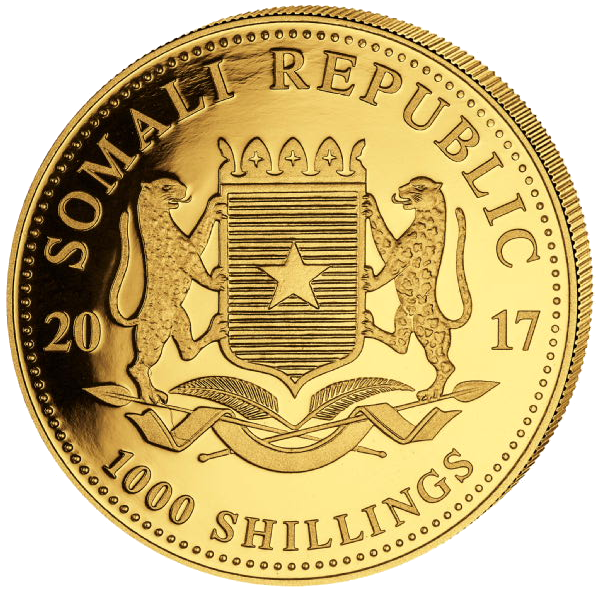 The motifs are identical in both versions, gold and silver. In 2017, the gold coin series expanded its sizes to include ½ oz, ¼ oz, 1/10 oz, 1/25 oz, 1/50 oz and ½ gram. The series now offers investors and collectors one of the largest selections of fractional weights on the market today.

The motif of the Somalia Elephant 1 ounce gold coin 2017 shows a full-grown elephant in the savannah. The elephant stands behind tall grass. In the background is a mud hut in front of a palm tree, with the sun rising. The tail and the left rear leg of the elephant protrude into the edge of the coin and make the motif appear livelier. The inscriptions around the outer edge are the same as the 2016 edition and show "AFRICAN WILDLIFE" "ELEPHANT" and "1 oz Au 999.9".