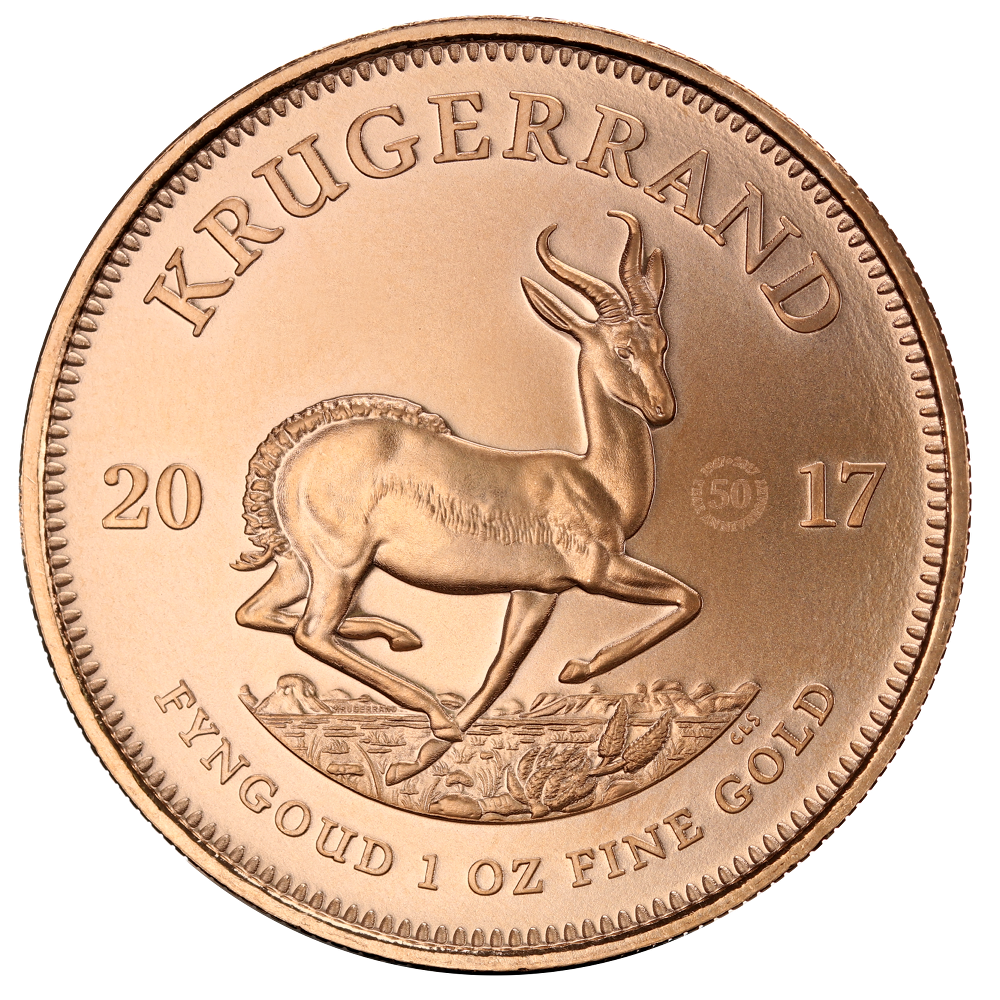 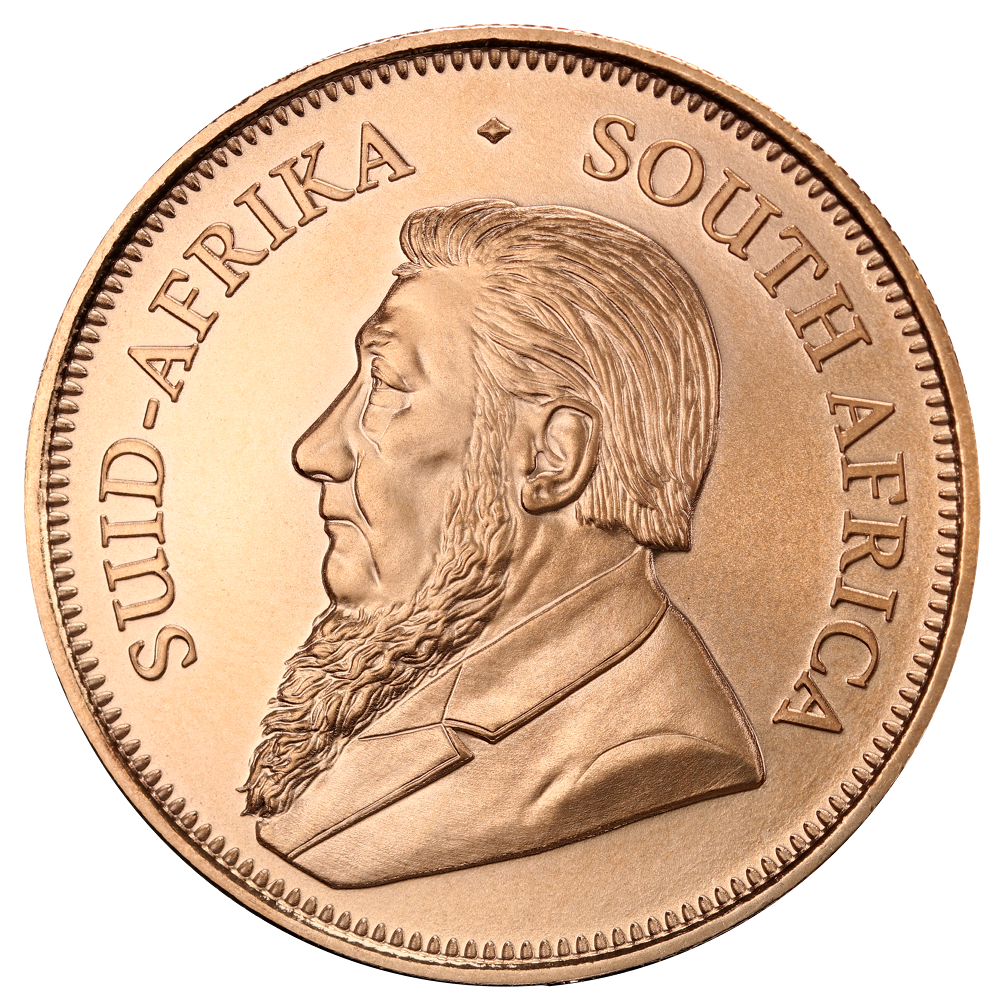 In 2017 the Krugerrand celebrates 50 years! This special edition coin is limited to 100,000 pieces. The Krugerrand was first minted in 1967 and is one of the most famous investment coins in the world.

The 50 year celebration Krugerrand features an exclusive privy mark which is engraved to the right of the Springbok Antelope and left of the year “17”. The Privy Mark inscription reads:

In the time before 1967 gold retail investments were not common. Gold investments were usually available in the form of jewellery and 400oz good delivery bars. With South Africa being the world’s largest gold producing country, the Rand Refinery created a “small” product for private investors containing one ounce of pure gold - called the Krugerrand.

The Krugerrand was an overnight success dominating the global bullion market in 1980 with a market share of about 90%. Up until 1980 the Krugerrand was only produced in 1oz  coins. In 1980 fractional weights of ½ oz, ¼ oz and 1/10 ounce were introduced and made available for purchase.

Introducing an investment product that traded close to the gold spot price in a 22 karat gold-copper alloy proved to be a smart move. The Bretton Woods system of fixed exchange rates became history just three years later in 1970 and the gold price started to take off. Being the “only” suitable physical product for the investor it is clear why the Krugerrand is the world’s most recognised and traded gold coin. The design has not changed in the last 50 years. It is a modern classic, beautiful to look at and and a favorite among gold investors.

The image of President Paul Kruger is depicted on the front of the coin. Stephanus Johannes Paulus Kruger was President of the South African Republic from 1882 to 1902. On the left side next to Paul Kruger, is the word "SUID AFRIKA", on his right the words "SOUTH AFRICA". Otto Schultz designed the depiction in 1892.

The main motif on the back side of the coin is the springbok antelope,which is the South African national animal. The word "KRUGERRAND" can be read above the motif.

Left and right of the springbok antelope the year of coinage can be seen. On the bottom the words "FYNGOUD 1 OZ FINE GOLD" are embossed. The reverse was designed by Coert Steynberg in 1967.