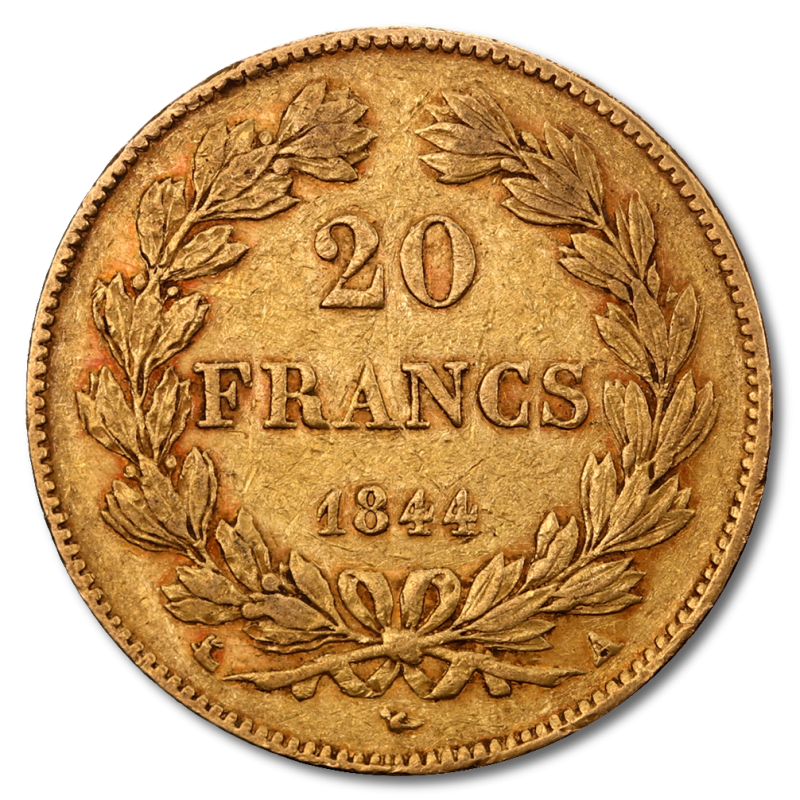 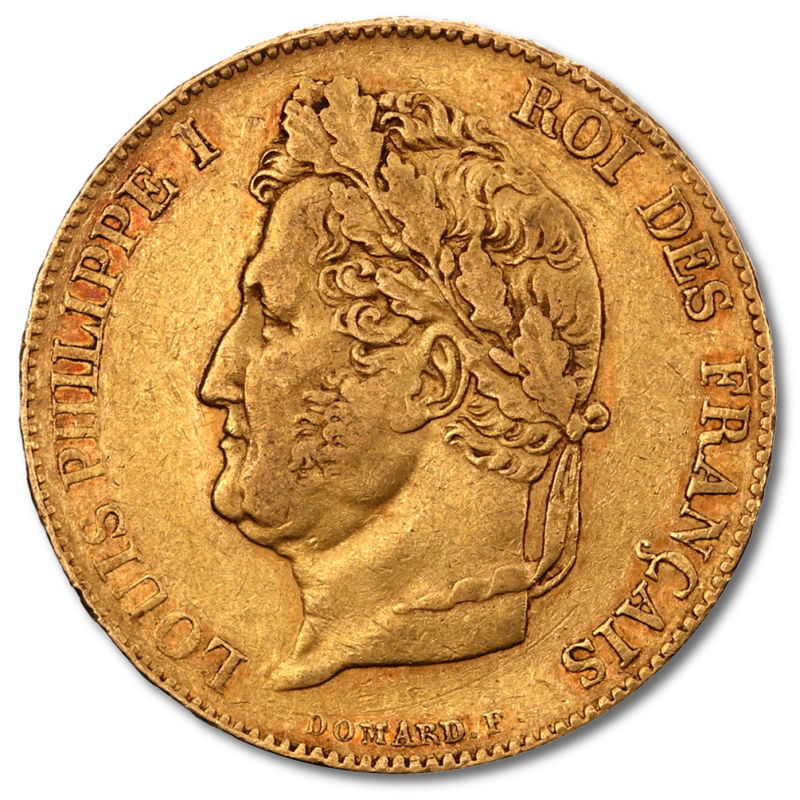 Louis Philippe was King of France from 1830-1848. He was made King after his cousin, Charles X, was forced to abdicate. During his reign there were two designs of the 20 Franc Louis Philippe Gold coin. The first was issued between 1830-1831 and the second was minted from 1832-1848.

The main difference between the two editions is the motif of the King. In the first design, issued from 1830-1831, Louis Philippe is shown a with a bare head. The second design, issued from 1832-1848, depicts the King with a laurel wreath on his head. Both designs have inscriptions around the outer edge that read “LOUIS PHILIPPE I ROI DES FRANCAIS”.

The reverse side of both designs is very similar. The main motif on both editions depicts a wreath with the nominal value of “20 Francs” and the date of issue in the center. The only difference is the mint mark is inside the wreath on the first design and outside the wreath (lower right) on the second design.