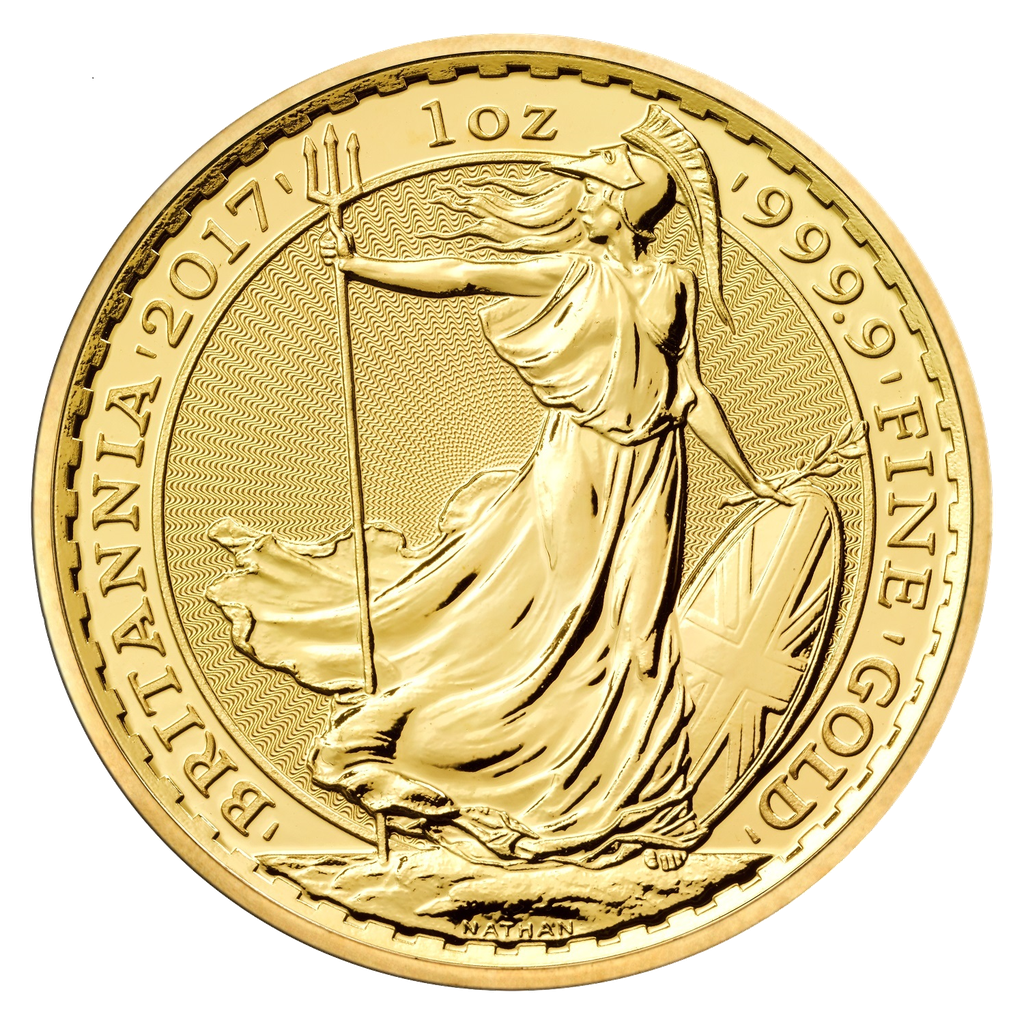 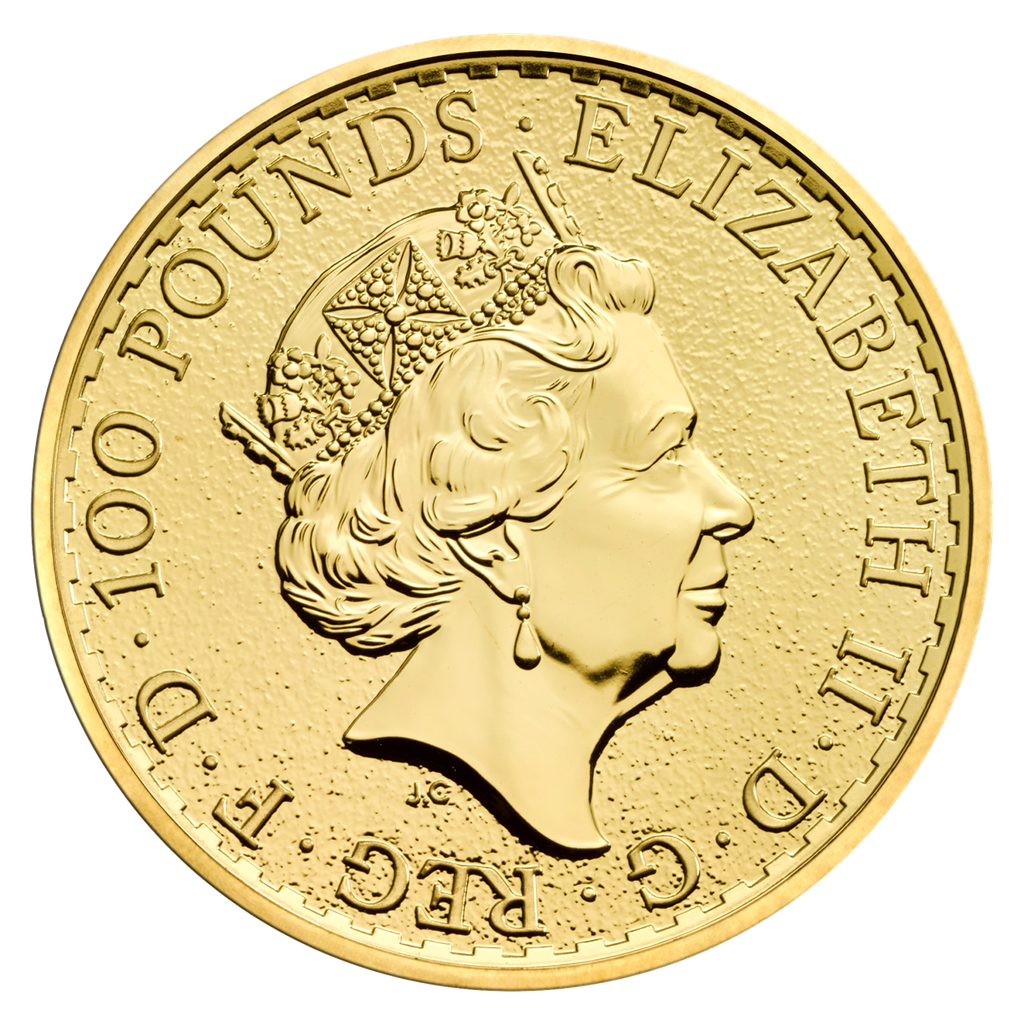 The 2017 edition of the Britannia celebrates the 30th anniversary of the series. The image of the Britannia was designed by sculptor Philip Nathan and over the last 30 years it has become one of the most popular bullion coins in Europe.

In this 2017 edition, the iconic design depicts Lady Britannia with a shield, corinthian helmet and olive branch. In the image the she stands strong against a powerful gale.

The Britannia is a brilliantly designed coin that is an excellent addition to any investor’s portfolio.

The 2017 Britannia contains 1 oz of 999.9 fine gold. The weight and strength of the Britannia are verified at the century old annual Trial of the Pyx. The Trial of the Pyx is a judicial ceremony that dates back to the 12th century.

The 2017 Britannia has a border rod and rippled edge. The design of the front pictures the iconic image of Lady Britannia. Around the outer edge of the coin the inscriptions read:

The reverse shows the image of Queen Elizabeth II with a crown. The inscriptions around the edge include the name of the Queen: "Elizabeth II”; the words; “D.G REG F.D" and the face value "100 pounds".

History of the Britannia Gold Coin

The first edition of Britannia was introduced in 1987. 2017 represents the 30th anniversary of the coin series. The design of Lady Britannia symbolizes the strength and honor of Britain. The Britannia is minted by the British Royal Mint in Llantrisant, and is issued with four standard weights that include 1 oz, ½ oz, ¼ oz and 1/10 oz.

The Royal Mint is one of the oldest mints in the world. For more than 1000 years the mint has produced coins for England. The Royal Mint also manufactures and circulates coins for over 60 other countries.

The mint estimates that the current number of coins in circulation in the United Kingdom is 28 billion pieces. The Royal Mint is also the manufacturer of the world famous Gold Sovereign, which was first coined in 1489 through the directive of King Henry VII.

Coins that are produced by the Royal Mint are high quality and a great choice for any investor or collector who is looking to gain exposure to Gold.

The Advantages of Gold Coins

One of the main benefits of owning gold coins is the exemption from VAT. Gold, unlike Silver, is exempt from VAT.

Other advantages of owning gold include:

Gold investors should note that gold coins and bars carry a premium above and beyond the spot price. The premium can vary depending on the cost structure of the seller. The motto is here: Compare prices of gold coins.

Why is the Britannia 1oz an Investment Coin?

To qualify as gold bullion coin to benefit from the VAT exemption, four criteria must be met. Also, the gold coin has to be listed in the directory for bullion coins in Germany.

Gold investors should familiarize themselves with the current gold price and also understand the basic mechanisms of buying gold. Only official bullion coins that comply with the criteria above are exempt from VAT.

In addition to the current gold price, the premium plays a very important role in the final price of gold coins. In most cases, the premium will be higher the smaller the coin. For example, the premium for the 1/10oz coin is higher than for the 1 oz coin.

Because 24K gold coins are relatively soft, they should be treated with great care. It is recommended to leave the Britannia in its packaging to protect the coins from scratching.

Weight: 1oz
This is a preview of the recently viewed products by the user.
Once the user has seen at least one product this snippet will be visible.