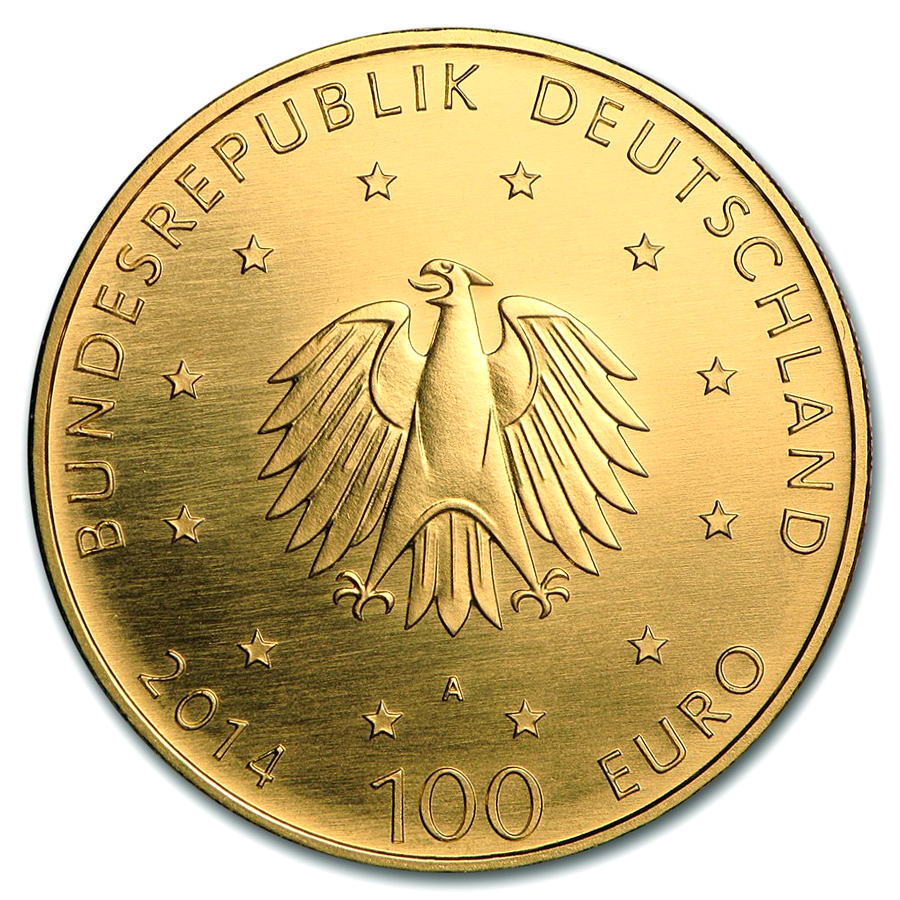 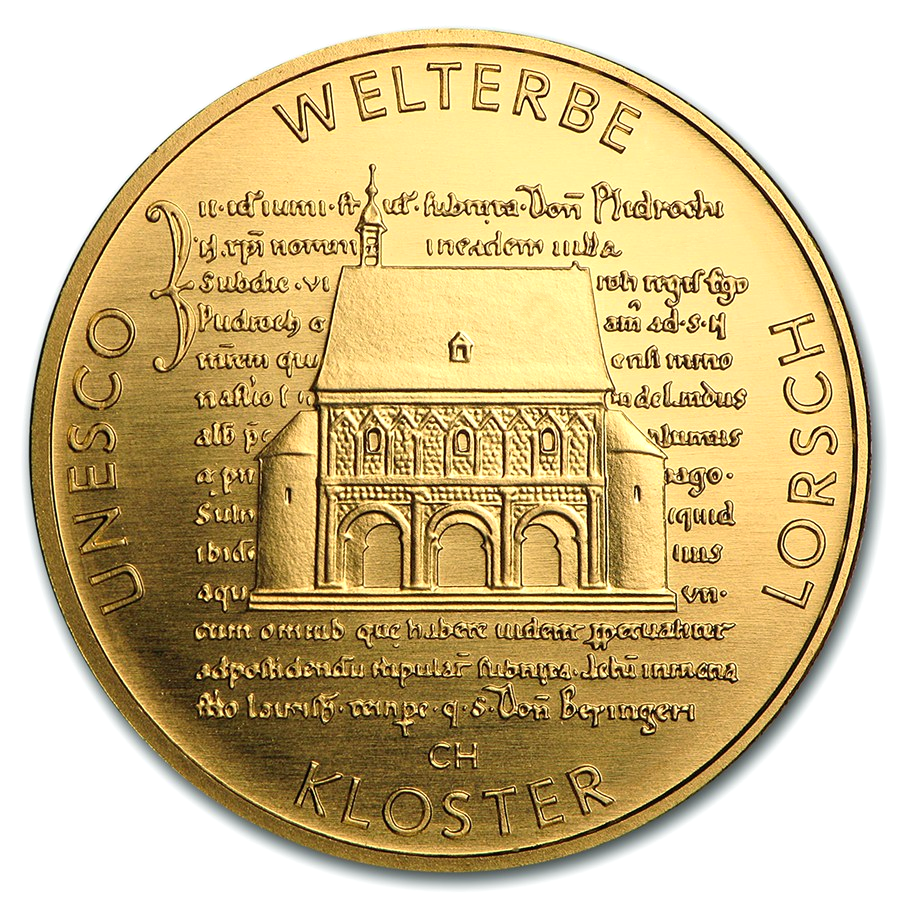 In 2014, the 100 Euro Lorsch Abbey commemorative coin was published. It is the eleventh edition of the popular gold coin series that show motifs of famous historical places of UNESCO World Heritage sites in Germany.

In 1991 the Abbey was added to the UNESCO World Heritage site and is recognized as one of the most important historical buildings in Germany. The 100 Euro Lorsch Abbey celebrates a piece of German history an is an excellent gold coin for both investors and collectors.

The Lorsch Abbey in today's South-Rhine district Bergstraße was a Benedictine abbey founded in 764. The Abbey was an important center of medieval cultural and intellectual life. The royal hall of the building is one of the best preserved architectural testimonies of the Carolingian period in Germany.

The motif depicts the West wing of the gate hall of the abbey in front of a section of the "Lorsch Codex" with 14 lines to see. The words "UNESCO WELTERBE" and "KLOSTER LORSCH" can be seen as a transcription.

The reverse shows the coat of arms of the Federal Republic of Germany as the main motif. On the left and right of the Federal Eagle, six stars are arranged in a semicircular shape, which represent the European Union.

Directly above the eagle, is the mint mark of the issuing mint (A, D, F, G or J). BUNDESREPUBLIK DEUTSCHLAND, the year of issue "2014" and the nominal value "100 EURO" is stamped below the image.

The Lorsch Abbey is one of the most important monastic institutions of the Carolingian period. The Lorsch Abbey was first documented in 764. In the course of time, the abbey was constantly expanded and modified. In 772 the monastery was transferred to the Frankish King Charles. Subsequently crowned as emperor, Charles the Great, elevated the monastery to one of the most important imperial monasteries.

The abbey and basilica were renamed in honor of Saint Nazarius and then consecrated by the archbishop of Mainz in 774. Rebuilt several times, it is nevertheless the best preserved testimony of early medieval architecture under Roman-antique influence. Inside, it also contains remains of Carolingian, Romanesque and gothic wall paintings.

After the incorporation of the monastery into the archbishopric of Mainz in 1232 the abbey went through many feuds and a number of wars. This eventually led to the dissolution of the monasteries during the course of the Reformation in 1556.

In the Thirty Years' War the abbey church was destroyed and the hall was used as a store. In 1623 the Archbishop of Mainz regained possession of the abbey and the region returned to the catholic faith. However, the buildings in Lorsch were destroyed and had to be rebuilt.

The Carolingian Hall, a Romanesque church fragment and the surrounding walls have been preserved from the early medieval abbey complex. In 1991 the complex was awarded a World Cultural Heritage by UNESCO.

For centuries, Lorsch was a cultural, economic and political hub in Europe. The abbey was also an important place for the preservation and mediation of ancient art and science.