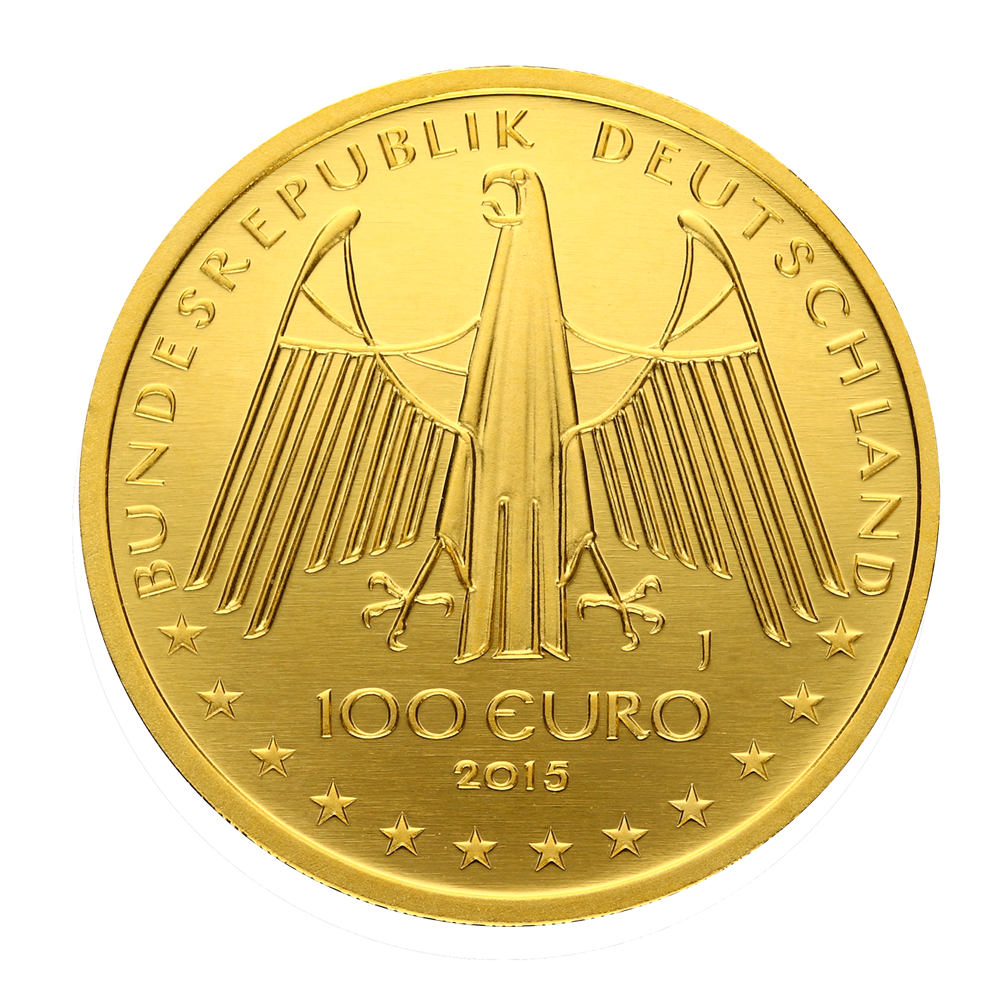 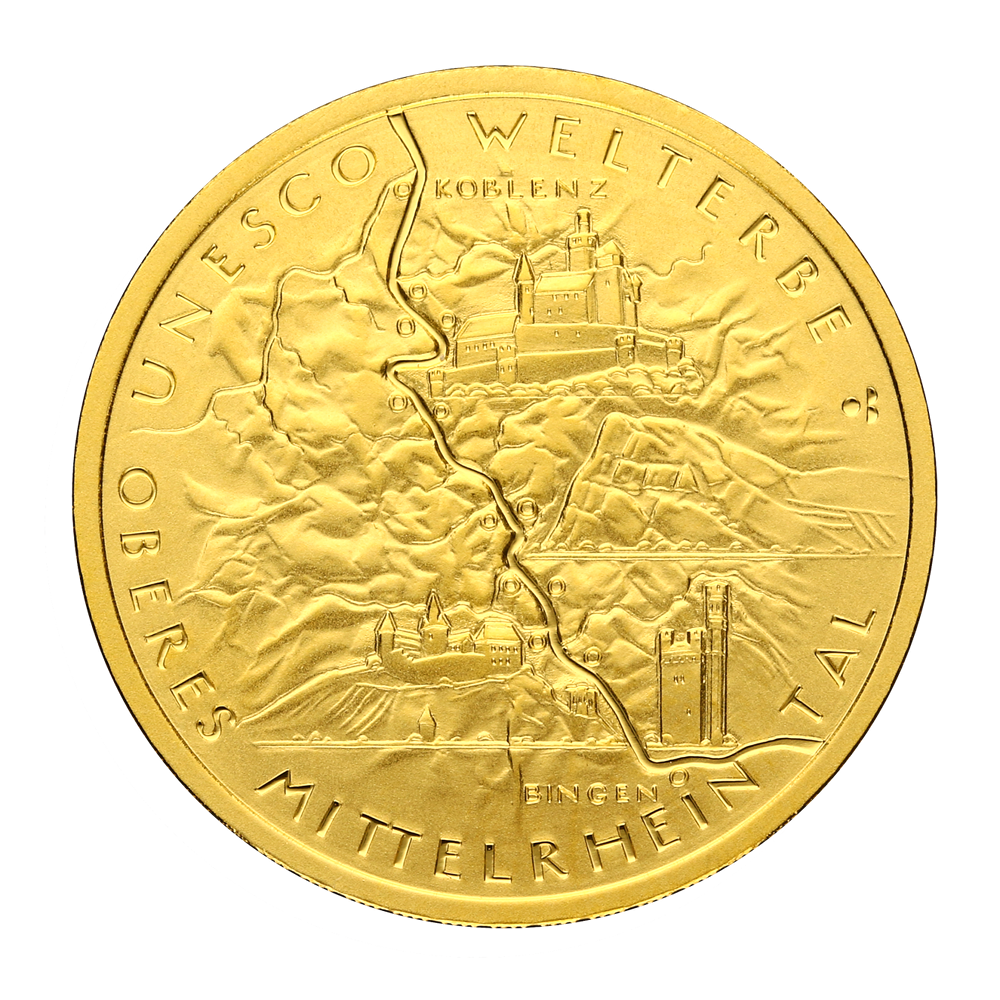 The 100 Euro “Upper Rhine Valley" commemorative coin was issued in 2015. It is the twelfth edition of the 100 Euro Gold coin series that celebrates UNESCO World Heritage sites in Germany as the main motif.

The Upper Rhine Valley is a 67 km area along the Rhine river between the German towns of Koblenz and Bingen. The region had a powerful influence on German culture and was known for its castles, historic towns and vineyards.

The production of the gold coins took place in equal parts (40,000 pieces) in the five German mints in Berlin (A), Munich (D), Stuttgart (F), Karlsruhe (G) and Hamburg (J).

The design was created by sculptor Friedrich Benner and depicts the Middle Rhine Valley between the towns Koblenz and Bingen.

In addition, the Marksburg near Braubach, the castle Reichenstein near Trechtingshausen and the Bromserburg in Rüdesheim are represented on the motif. The product name is imprinted around the edge bar of the coin with the words "UNESCO WELTERBE" and "OBERES MITTELRHEINTAL".

The value side of the 100 euro gold coin shows the Federal Eagle, whose shape is formed mainly by simple lines. Below the eagle are the mintmark, the nominal value "100 EURO" and the year of issue "2015".

Around the edge bar the inscription "BUNDESREPUBLIK DEUTSCHLAND" can be read. At the bottom are the twelve European stars. The number of stars do not represent specific countries of Europe, but symbolizes unity and completeness.

This coin is the 12th edition of a multi-year series, that began in 2003. The Goldeuro series commemorates UNESCO World Heritage sites in Germany.

In 2002, the Upper Middle Rhine Valley was added to the UNESCO World Heritage Sites because of its geological, historical and cultural significance. It is mostly located in the state of Rhineland-Palatinate and separates the mountain range Taunus in the east from the Hunsrueck in the west.

The world heritage describes the cultural landscape of the Middle Rhine. The area stretches from Bingen/Ruedesheim to Koblenz and consists of 67 km along the Rhine river through the Rhine Slate mountains.

The uniqueness of this landscape is the exceptional wealth of cultural heritage. The Middle Rhine Valley owes its special appearance to the natural formation of the river, the extraordinary geological landscape and the many historical landmarks of the region.

For two thousand years it has been one of the most important transport routes for the cultural exchange between the Mediterranean region and the north of Europe. Located in the heart of Europe, the valley was a bridge of cultures for many small towns and settlements along the banks.

With its high-ranking architectural monuments, the vine-covered slopes, and the heights of castles propped up on rocky promontories, it is regarded as the quintessence of the Rhine romance. And it is where Heinrich Heine was inspired to write the poetry of his Loreley song.