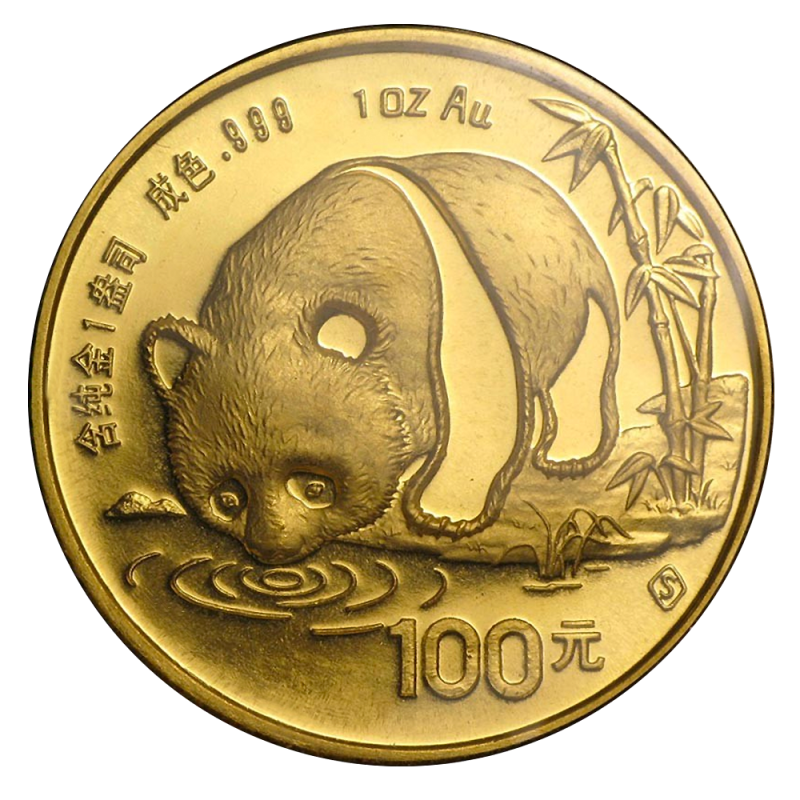 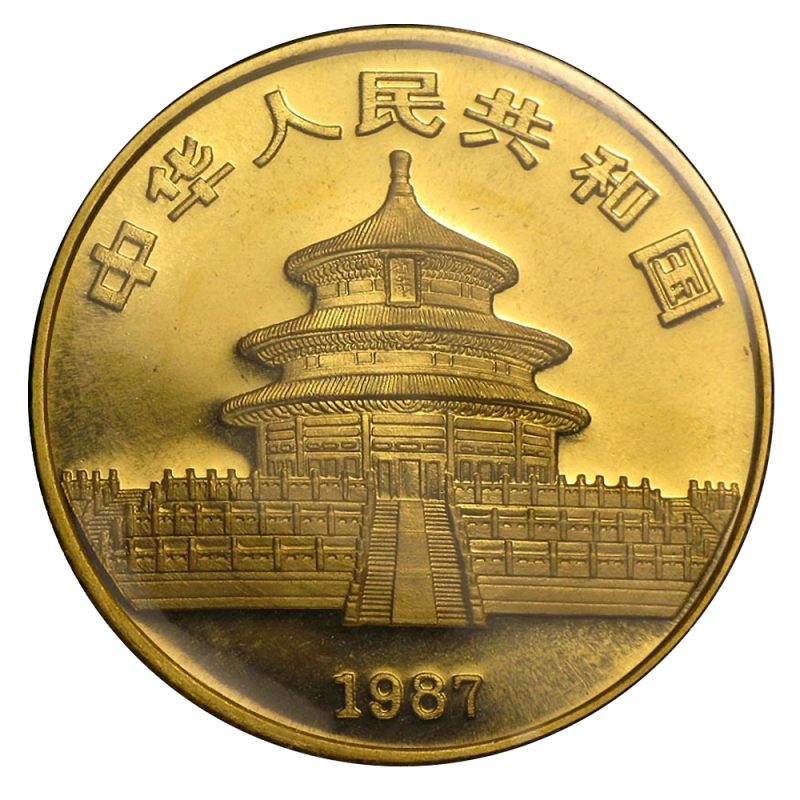 The attractive Panda designs have proved to be very popular to collectors worldwide. The 1oz China Panda 1987 coin is minted in 99.9% pure fine gold in brilliant uncirculated quality. The offered coin is sold in the original sealed packing.

Panda gold coins are only marketed to foreign countries and are not available within China. The China Panda gold coin can be purchased tax free.

Several Chinese mints produce the 1987 Panda gold coins. Chinese mints usually do not employ mintmarks and the coins are designed by different designers. When this happens there are slight differences in the design, such as the size of the wording. In 1987 either S or Y in a small box identifies the mint.

The Temple of heaven motif is shown displaying the Hall of Prayers for Abundant Harvest.  Chinese characters reading on top: "Zhonghua Renmin Gongheguo" meaning People's Republic of China. The year of issue „1987“ is shown at the bottom.

The 1987 motif shows a Panda drinking from a river making ripples. Two bamboo trees are depicted to the right of the drinking Panda. Above the panda Chinese characters display the size ”1”, followed to the right by metric purity „.999“ and „1 OZ Au.“. Below the panda motif are the figures 100 together with the Chinese wording for Yuan. On some coins there is a Y set in a small box at the bottom right and on others an S in a small box. These are the mintmarks of the different mints.