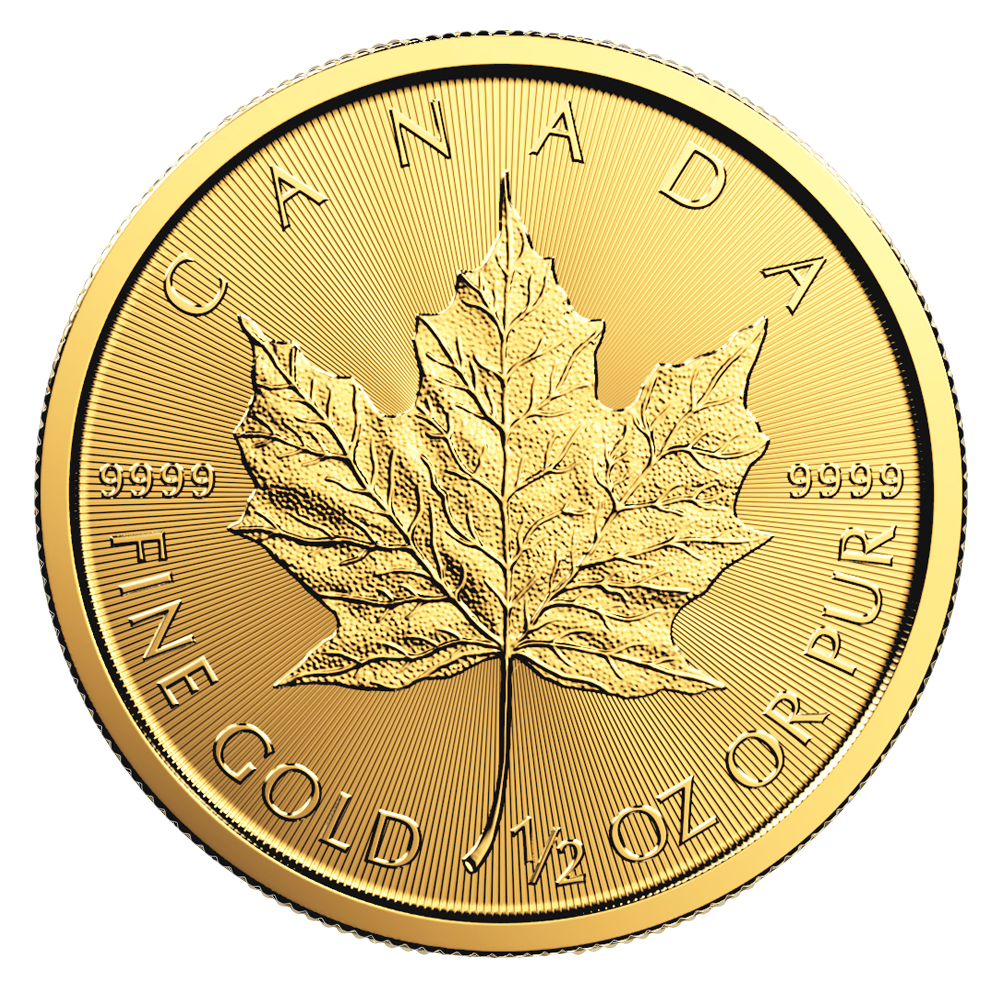 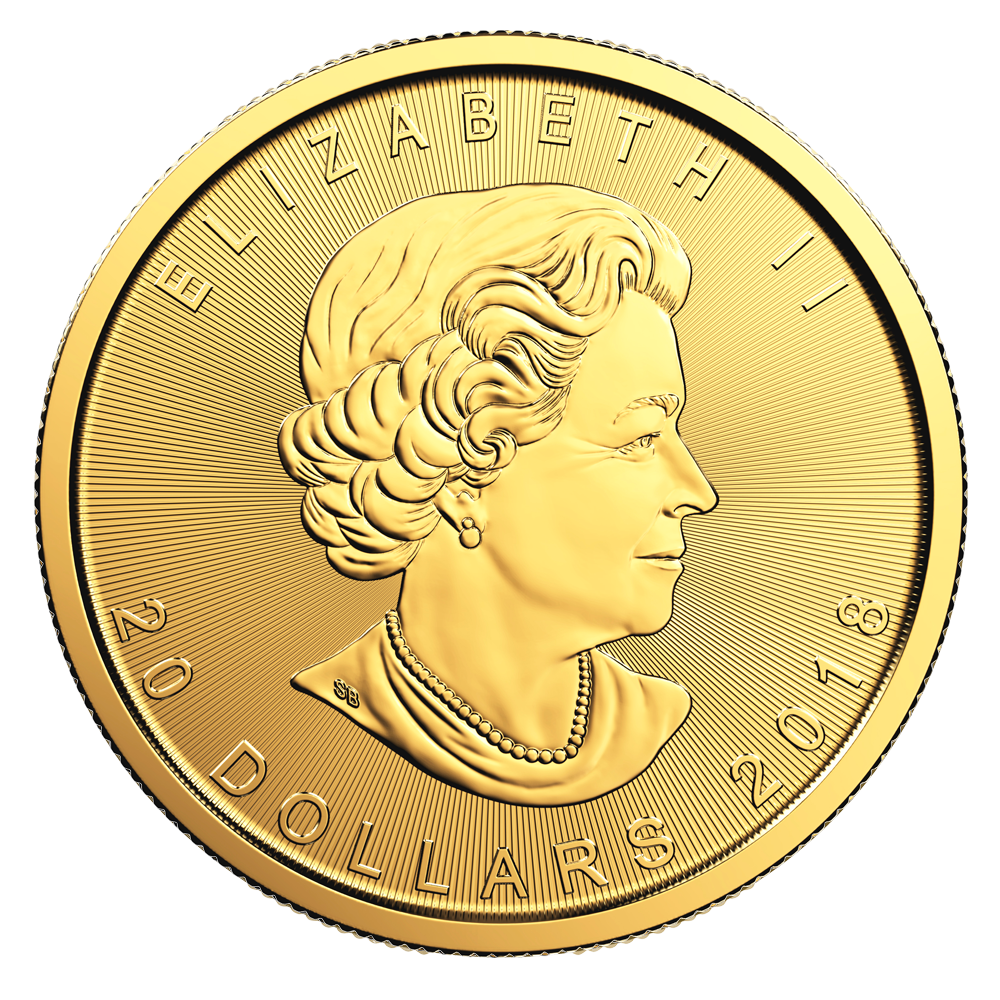 Introduced in 1979, the Maple Leaf is one of the most popular gold coins in the world. The 2018 edition features the famous image of the Canadian Maple Leaf that makes the coin recognizable all over the world.

In addition to its exceptional 99.99% gold purity, the Maple Leaf also has advanced security features which include radial lines that protect against counterfeiting. The ½ oz Maple Leaf for 2018 is a great choice for first time gold investors or for those who are looking to add to a current gold position.

One of the factors that contributes to the global brand recognition of the Maple Leaf is the consistent and beautiful design. Like previous editions, the front of the coin features the iconic image of the maple leaf. The engravings on both sides of the maple leaf read “9999”. Along the outer edge of the coin are the words “Canada” “Fine Gold” and “½ OZ OR PUR”

The Reverse shows the image of Queen Elizabeth II. The bottom outer edge displays the nominal value of “20 Dollars” and the year of Issue “2018”. Above the motif are the letters “Elizabeth II”.

The Maple Leaf was introduced in 1979. At the time, the only investment gold coin available was the Krugerrand. However, because of the apartheid policy of the South African government Krugerrand imports were ban in many countries. As the only other alternative to the Krugerrand, sales of the Maple Leaf gold coin surged.

The Royal Canadian Mint has sold more than 29 million ounces of Gold Maple Leaf coins since they were first introduced in 1979. The Maple Leaf was also the first investment bullion coin to have “four nine fine” gold purity.

The mint is recognized worldwide for its its innovative enhanced security and anti-counterfeiting technology. The radial lines on the 2018 Maple Leaf series have been precisely machined to create a light diffracting pattern that is unique and specific to the series.