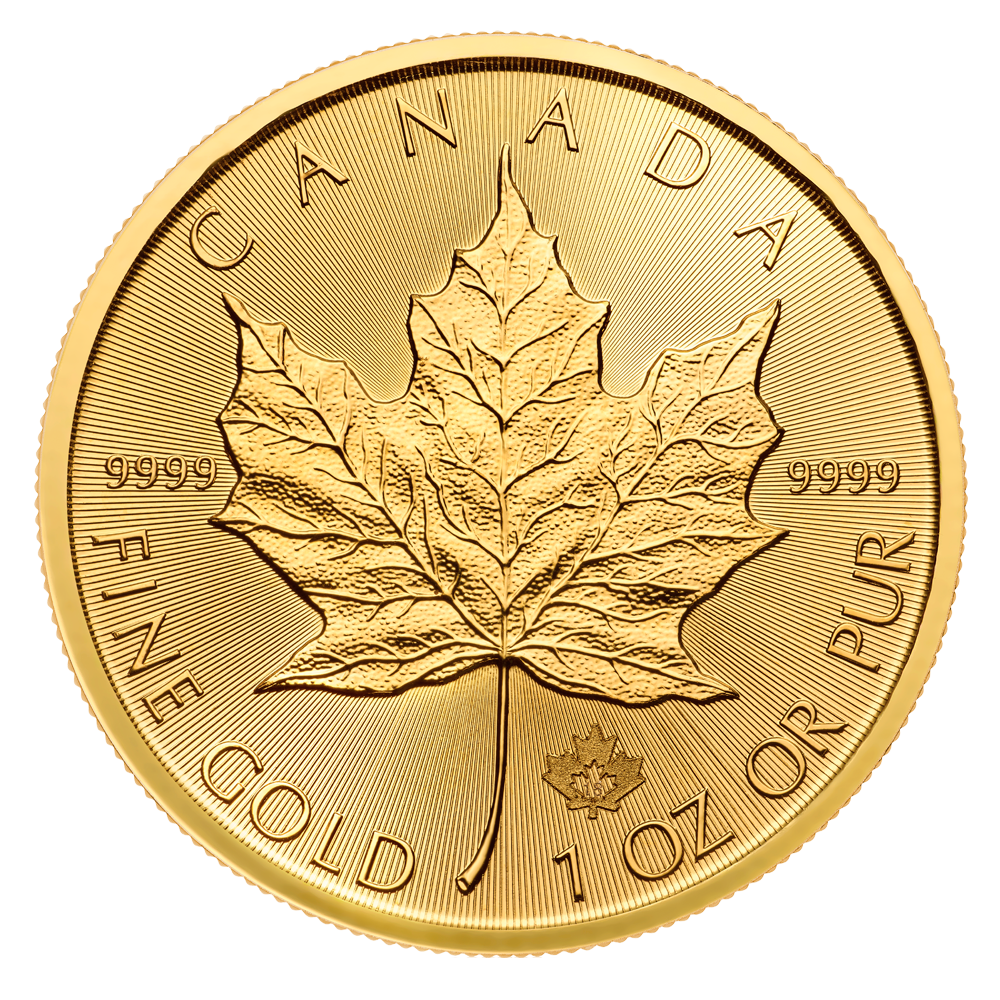 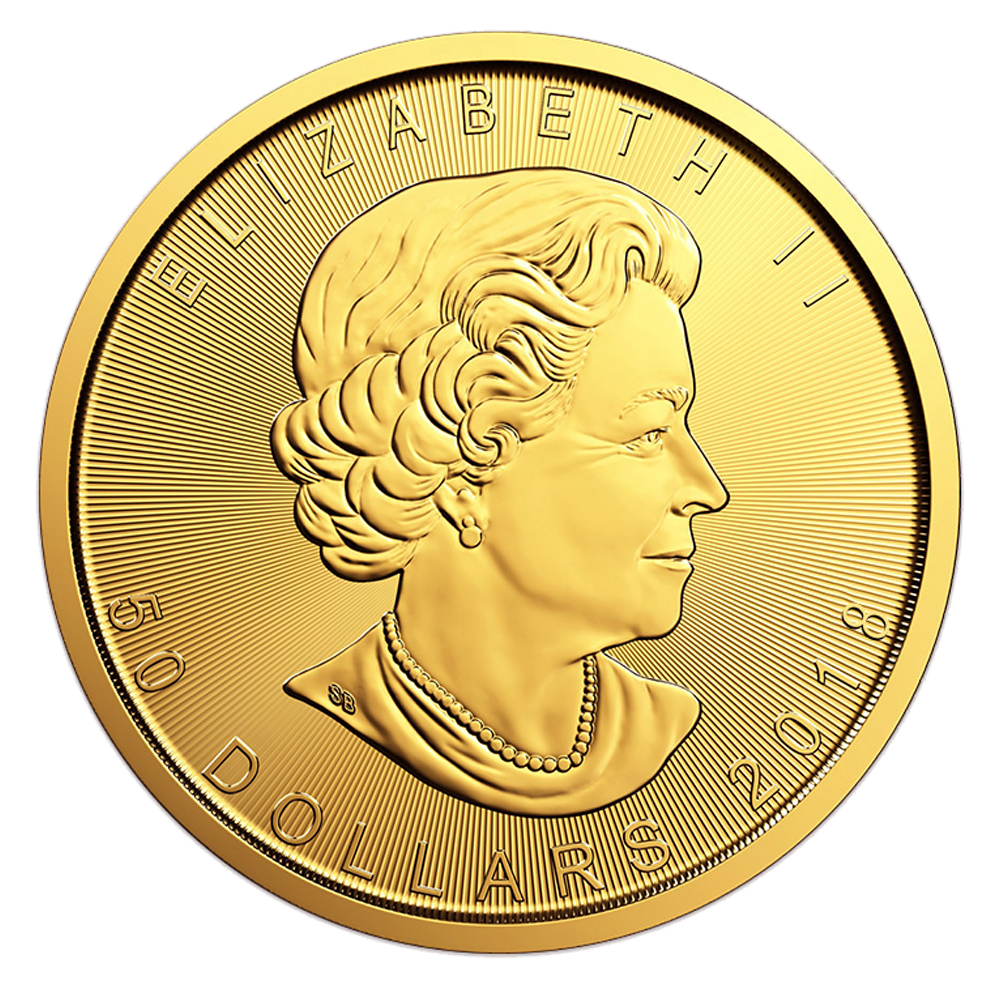 Due to the apartheid policy of the South African government, many countries created a ban on Krugerrand imports in the 1980's. As a result, Maple Leaf gold coins were initially a huge success as it was the only other gold investment coin available to the market. Today the Gold Maple Leaf continues to be one of the world's most popular bullion coins.

The coins are offered as a new product in "stamp gloss" uncirculated state. The maple leaf, which has been the nation's symbol of Canada since the 18th century, is adorned on Maple Leaf coins.

The fineness of 999.9/1000 equates to 24 carat. The Maple Leaf gold coin is one of the purest gold coins in the world. Gold does not corrode, which means the high purity protects the coin from corrosion over time. However, pure gold coins like the Maple Leaf are prone to surface scratches and damage because gold is a very soft metal. Therefore, it should be stored in protective packaging.

The Maple Leaf was the second gold investment coin to be released to the global market. Other countries soon followed with their own official bullion coins.

The embossing quality and "Maple Leaf" theme is recognized by many as the best-designed investment coin in the world. The consistent design of the same motive contributes to its popularity and brand recognition.

The Maple Leaf has also been recognized for its innovative security features. In 2013 the Royal Canadian Mint introduced a laser micro-engraved maple leaf on the back of the coin. The embossing year is marked in the middle of this picture and only visible under magnification. Radial lines were also added on both sides of the coin. These security improvements protect against counterfeiting.

The front of the coin shows the famous image of the Canadian Maple Leaf, which is one of Canada's national symbols. The fineness of "9999" is stamped on the right and left of the maple leaf. Above the maple leaf the country of origin "CANADA" is marked.

The words "FINE GOLD" and "1 OZ OR PUR" are engraved on the lower margin.

The reverse shows the current portrait of Queen Elizabeth II. The depiction of the queen is the motif on all "Commonwealth" coins. Along the outer edge, above the Queen, are the markings "ELIZABETH II". Along the lower edge is the inscription "50 DOLLAR 2018".

Tips for Buying the Maple Leaf

Before buying the 2018 Maple Leaf, investors should become familiar with the fundamental factors that drive the gold price. In addition to supply and demand, fluctuations in the Euro/USD exchange rate and central bank policy can influence the gold price.

The purchase price of the Maple Leaf 1oz 2018 consists of the current gold price (also known as spot price) and the premium. The premium covers the cost of production and the margin of the mint and the precious metal dealer.

The precious metals dealer also calculates his costs and the margin in the surcharge.

Premiums can vary depending on the dealer you buy from. However, always choose a bullion dealer with a good reputation and wide selection of products to choose from.

There are many key benefits of the Maple Leaf 1oz Gold Coin 2018.

Investors and collectors should note that gold is a "soft" precious metal. Pure gold coins can easily scratch and therefore it is advisable to leave the coins in their protective packaging.

Why is the Maple Leaf a Gold Investment Coin?

2. It must be or have been an official means of payment in the country of production.

4. The gold coin may not exceed the open market value by more than 80%.