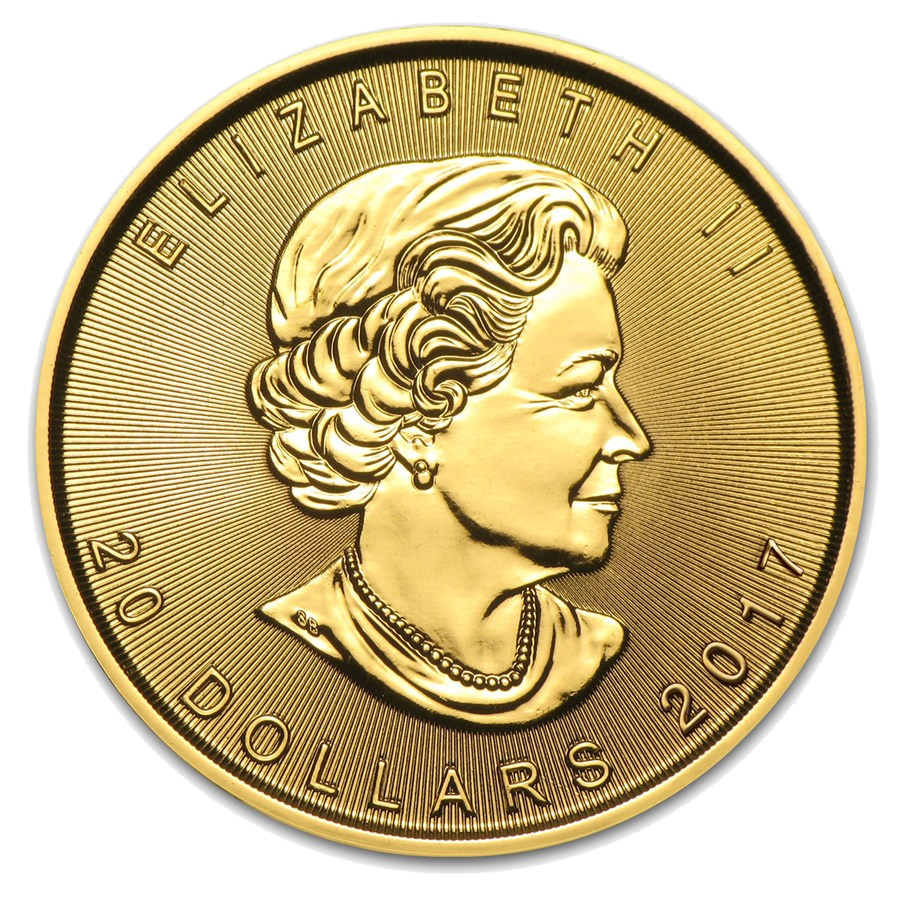 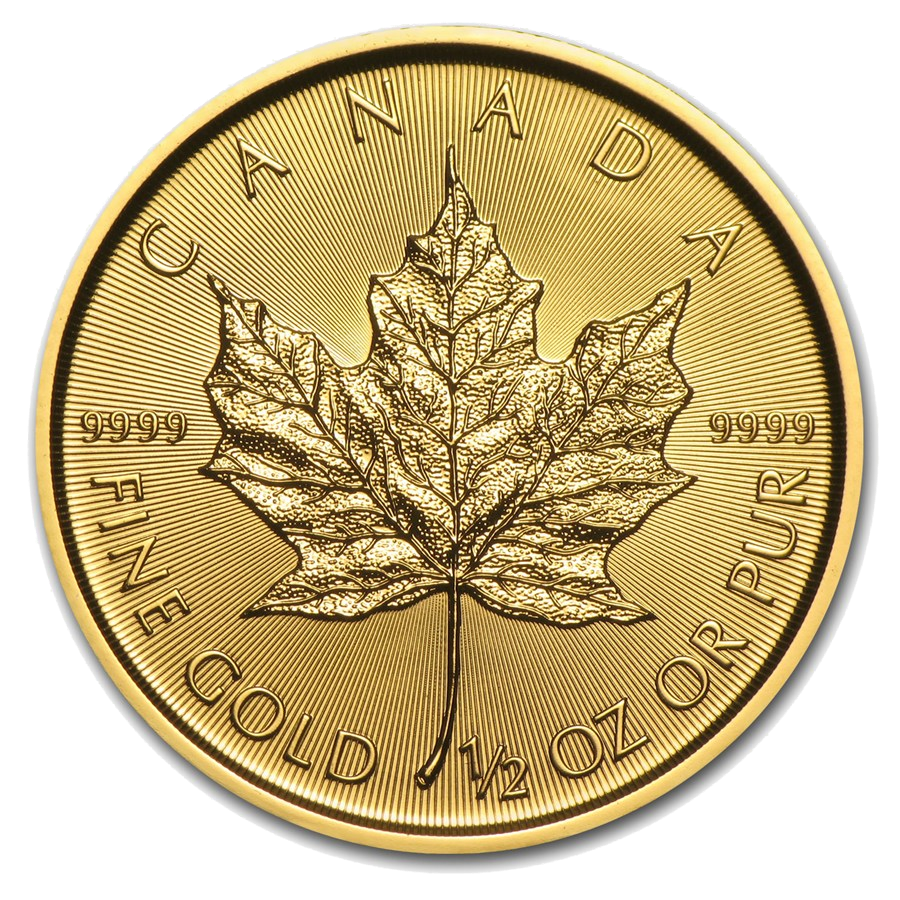 The Maple Leaf was introduced to the market in 1979 by the Royal Canadian Mint and has an annual mintage of 1,000,000 pieces. In the time of the oil crises from 1974 to 1984, investors flew to the relative safety of gold. At that time the South African Krugerrand was the world's undisputed leader of gold bullion coins, which changed after the import ban in 1986. The Maple Leaf demand thrived during that time along with the Krugerrand.

The design of the front is the typical symbol of the Canadian Maple Leaf. Below the motif to the right the laser engram security feature can be seen. It shows a small maple leaf in which are the last two digits of the laser engraved year 2016. Not readable by the naked eye, one needs a magnifying glass to read.

The only downside of Maple Leaf gold coins is that gold is very soft and the lack of a hard copper alloy content makes the coin easily scratched.