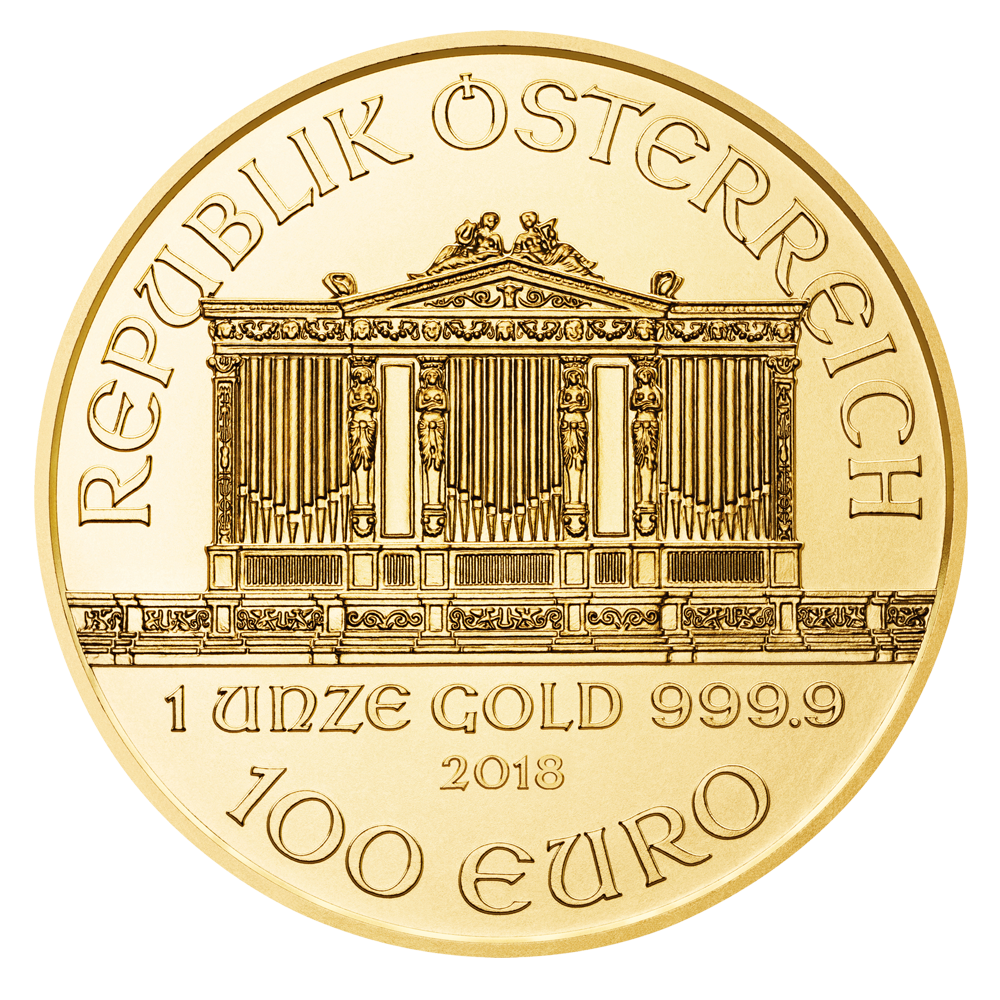 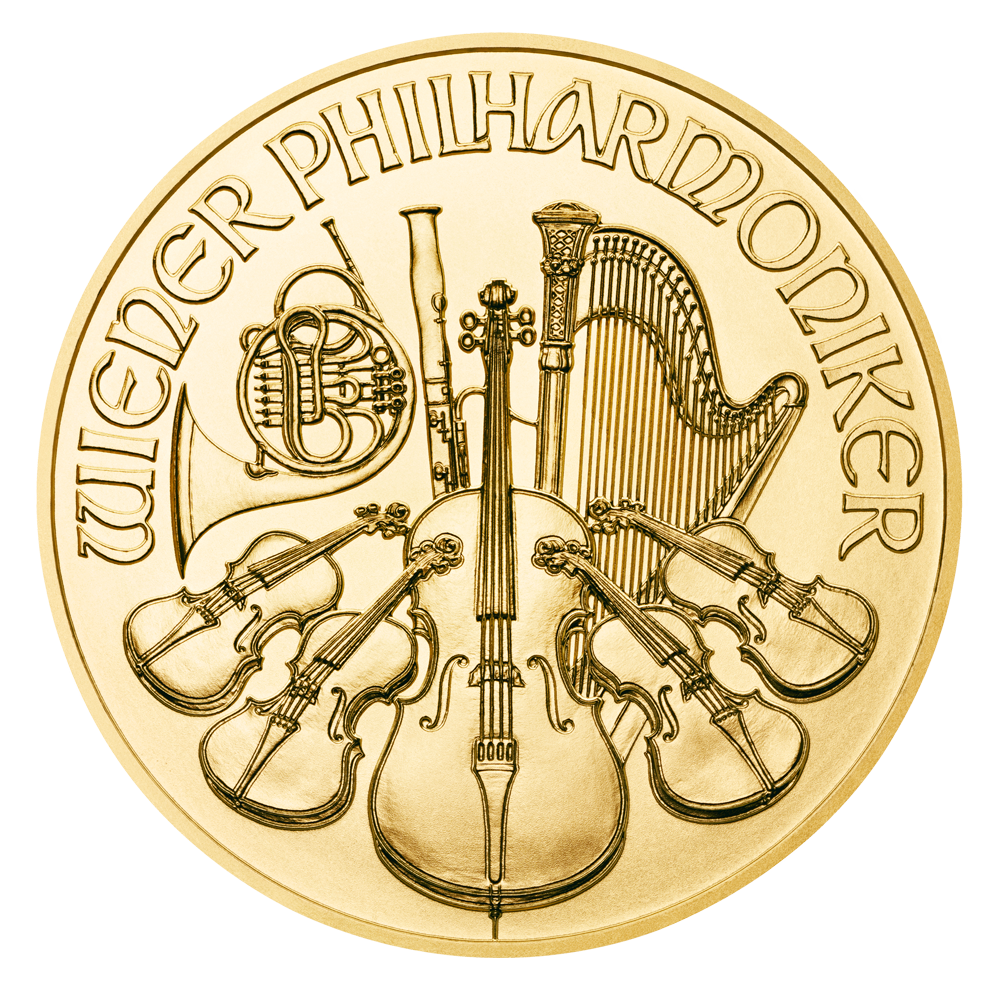 The Vienna Philharmonic consists of 24 karat fine gold, with a purity of 999.9/1000. The high purity gives the coin a bright, shiny appearance. When it was first introduced in 1989, the nominal value of the 1 oz Gold Philharmonic was 2,000 Austrian schillings. In 2002, with the adoption of the euro currency, the nominal value was changed to 100 Euro.

Since 1989, the Vienna Philharmonic Gold Coin has been coined by the Austrian Mint (German: “Münze Österreich”). The mint is based in Vienna and one of Europe’s oldest mints. The mint is responsible for the design and stamping of all the coins it produces, including Austrian Euro coins.

The coin was named after the world famous orchestra "Wiener Philharmoniker", founded in 1842. The annual New Year's Concert of the Philharmonic is one of the most famous classical concerts in the world.

The design of the Vienna Philharmonic is one of the reasons for its success. The motif page shows the instruments of the famous Vienna orchestra. The instruments include a horn, a bassoon, a harp, a cello, 2 viola’s and 2 violin’s. The name of the coin  "WIENER PHILHARMONIKER" is inscripted above the motif.

The value page shows a representation of the famous organ of the Wiener Musikverein, where the world-famous New Year's Concert takes place annually. You can also see a part of the balcony (balustrade) on which the organ stands. The design of the balcony extends to the edge, which is a rather rare aspect of a gold coin.

Above the organ the are the words "REPUBLIK OSTERREICH" which translates Republic of Austria. Below the organ the fine weight "1 UNZE GOLD 999,9", year "2018" and the denomination "100 EURO" are engraved.

The main advantages of the Vienna Philharmonic are:

The only real drawback of the Vienna Philharmonic 1oz gold coin 2018 is the poor scratch resistance. This is due to the coins high level of gold purity. Therefore, the Philharmonic should be treated with care and kept in its protective packaging.