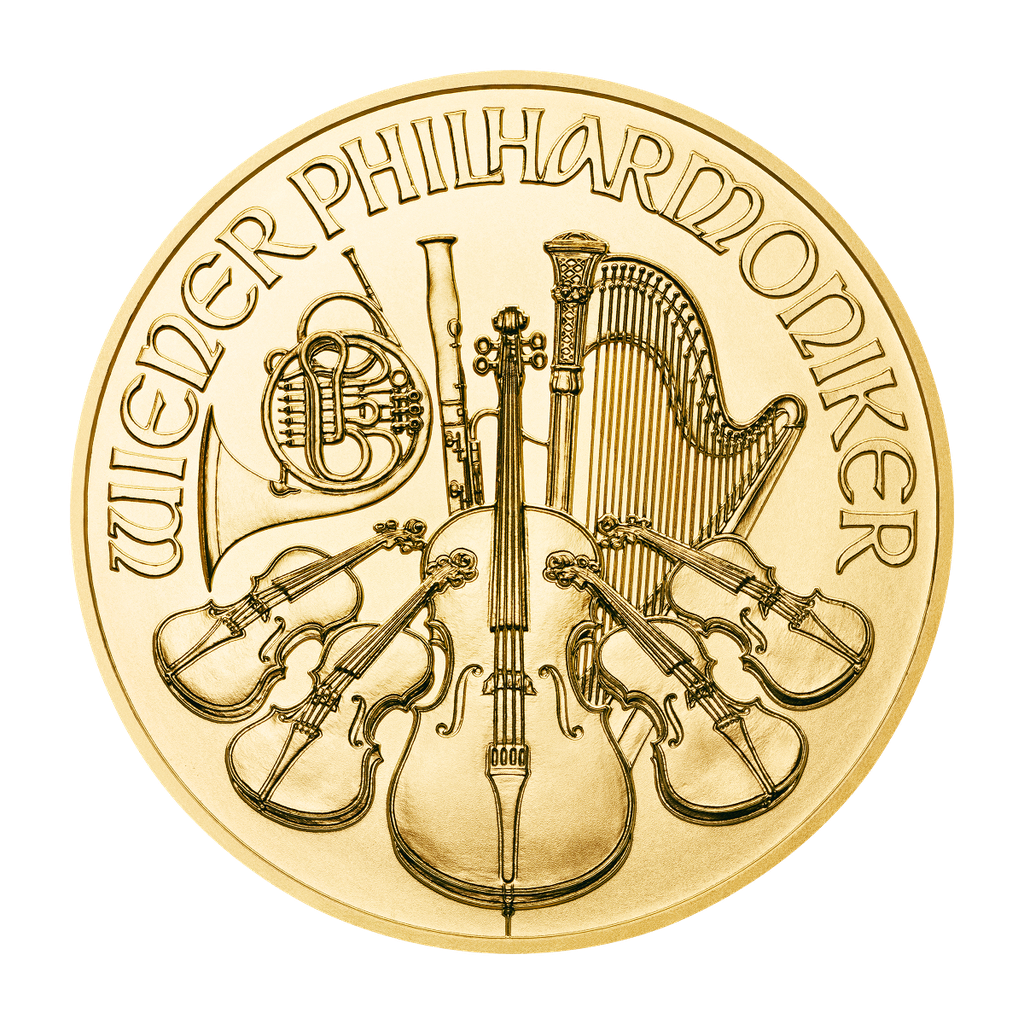 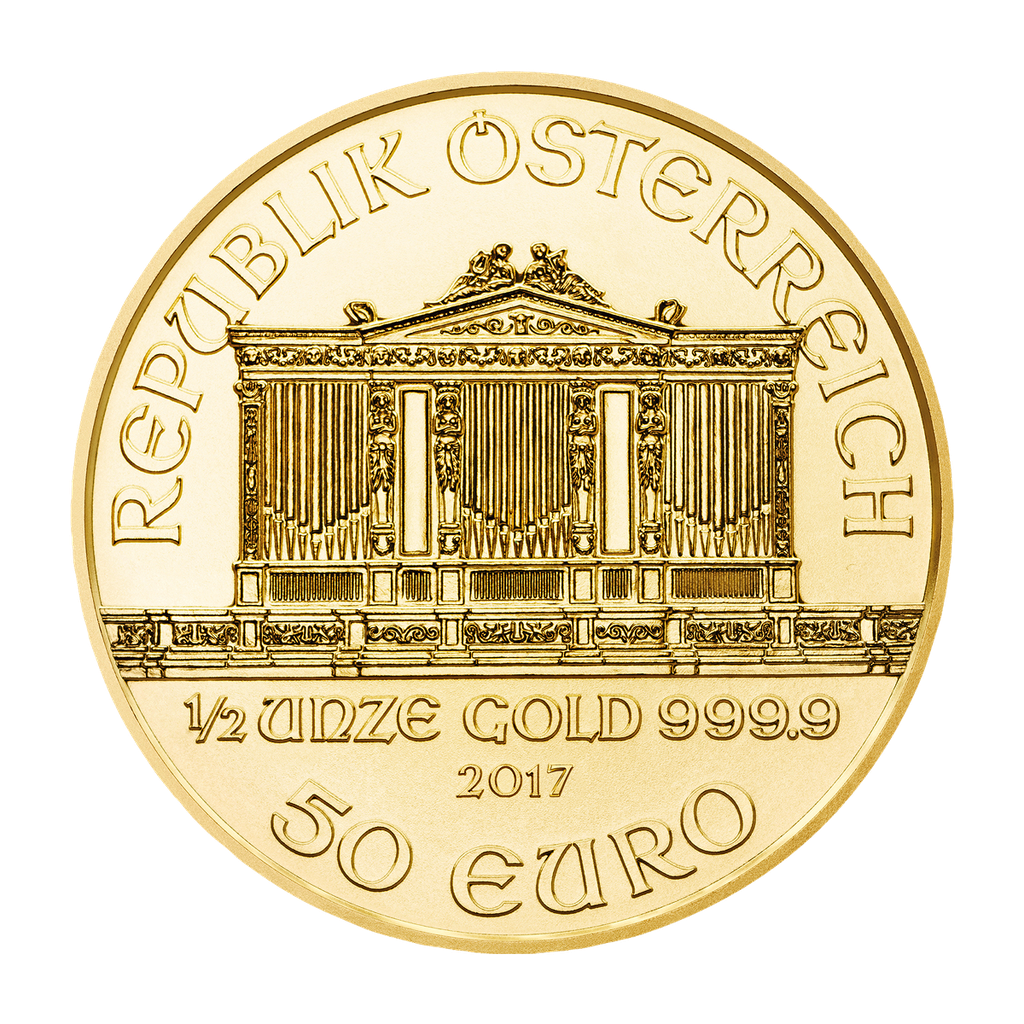 The Vienna Philharmonic gold coin was named after the world renowned Vienna orchestra. Introduced in 1989, the Gold Philharmonic has not only been a best selling bullion coin in Europe but also worldwide.

The ½ oz Philharmonic was introduced in 1994 and has a nominal value of 50 Euros.

The 2017 ½ oz Philharmonic is a popular size for first time gold buyers and also for those investors or collectors who are looking to add to their current gold portfolio.

The fractional size Philharmonics are available in ½ oz, ¼ oz and 1/10 oz. There is also a 1/25 oz Philharmonic that was introduced in 2014.

The 2017 ½ oz Philharmonic is .9999 pure 24k gold, making it one of the purest gold coins on the market today. The key specifications of the coin are listed below:

The Philharmonic is known for its exquisite and brilliant design. The front features the image of the great organ of the Golden Hall. The reverse side depicts the eight instruments of classical music that are used by the orchestra.

The Wiener Philharmoniker orchestra was founded in 1842. The annual New Year’s concert is regarded as the most famous classical music concert in the world. The design of the Philharmonic came from Thomas Pesendorfer, who is the head of engraving of the Austrian Mint.

The Philharmonic has several key benefits that include:

Gold investors should understand that pure gold coins like the Philharmonic are susceptible to surface scratches. Gold is a “soft” precious metal and gold philharmonics should be kept in their protective cases to preserve the coin.

The first coins minted in Austria were said to be made of silver in 1194. However, the Mint was not officially created until 1919 when the Republic of Austria was formed.

Since 1989, the Austrian Mint has been a public company and subsidiary of the National Bank of Austria. The headquarters is in Vienna.