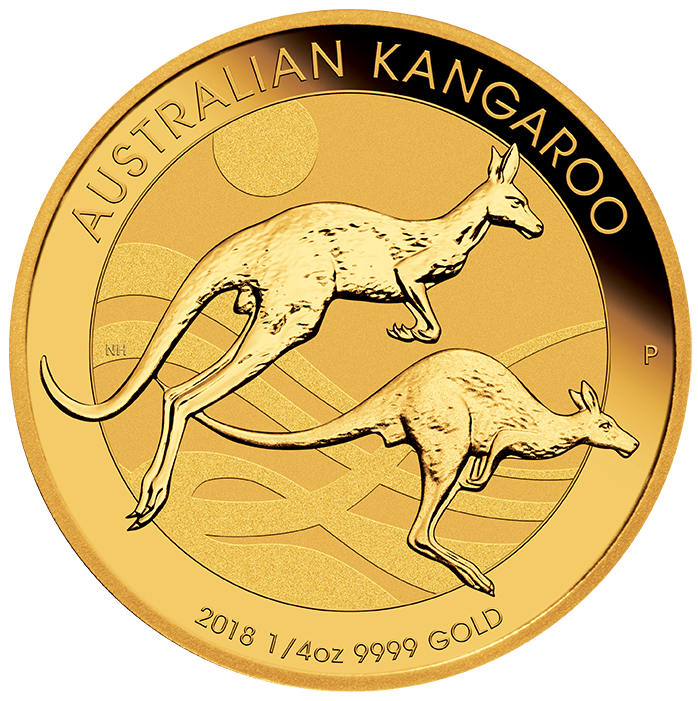 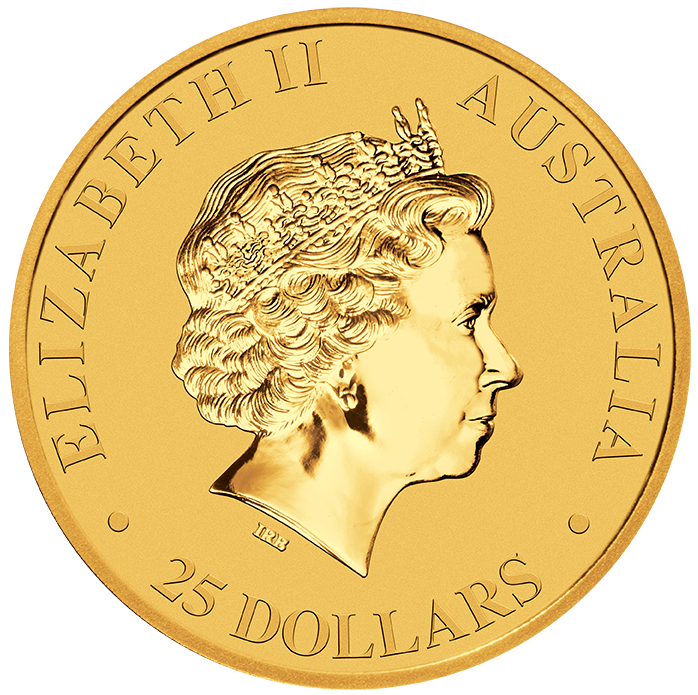 The ¼ oz Australian Gold Kangaroo for 2018 is here! The Gold Kangaroo from the Perth Mint is beautifully designed and is one of the highest quality gold coins available on the market today.

Because of the annual changing designs and the limited mintage of 150,000 pieces, these coins are ideal for both investors and collectors alike.

The ¼ oz Gold Kangaroo for 2018 is 99.99% pure gold and is considered legal tender in Australia. Because of the high level of purity the Kangaroo is susceptible to surface scratches and should be kept in its protective packaging.

Australian bullion coins are known for their high quality beautiful designs. The 2018 Kangaroo gold coin features two kangaroos hopping across the outback with a desert setting in the background. Neil Hollis designed the motif and his initials can be seen on the left side of the depiction.

One of the popular features of the Australian Kangaroo is the design changes every year, but will always feature an image of kangaroos in their natural environment.

The Gold Kangaroo was originally known as the Australian Nugget and was introduced in 1986. It was not until 1989 that Kangaroos first appeared as the main motif. The kangaroo was thought to be a more recognized symbol of Australia.

The discovery and mining of gold has played a vital role in the prosperity of Australia. In 1954 Australia opened its first mint in Sydney. The mint was the first branch of the Royal Mint outside of England and made Sovereign coins from Australian Gold.

Australia’s second mint was opened in Melbourne in 1872 and further expanded its capacity to produce Sovereign Gold coins. In 1899 the Perth Mint opened and at the time was Australia’s third mint. (The Sydney and Melbourne mints have since closed)

Today the Perth Mint is Australia’s official mint and recognized as one of the most prestigious mints in the world. The two most popular Gold coins of the Perth Mint are the Gold Kangaroo and the Australian Lunar Gold coin series.