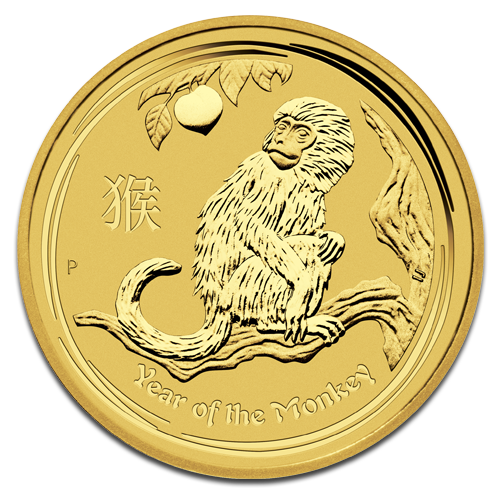 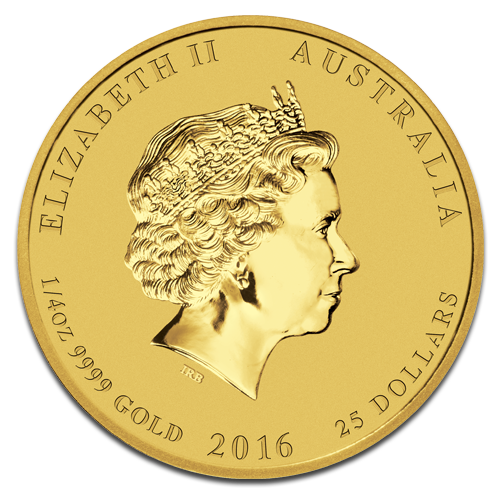 The Gold Lunar Monkey is part of the Lunar II gold coin series which started in 2008 and corresponds to the ancient Chinese Lunar Calendar. The series has a 12 year cycle and will be completed in 2019. Each year has a different Chinese zodiac sign.

2016 is the “Year of the Monkey”. On the reverse side of the coin is an image of a money pictured sitting on a branch of a peach tree. In Chinese culture, pictures of monkey’s are often placed on doors and walls to bring good fortune and wealth.

The monkey ranks as the ninth animal in the 12 year cycle of the Chinese Zodiac. The series will be completed in 2019 with the “Year of the Pig”.

The 1/4 oz Gold Lunar Monkey is a popular fractional coin and gives investors the flexibility to own a unique name brand coin at a lower price point than the 1 oz coin. The key dimensions of the 1/4 oz Lunar Monkey are listed below:

The Perth Mint is known for producing some of the highest quality gold coins in the world. The Gold Lunar Monkey is well recognized around the world and is an excellent choice for anyone who is in the market for gold coins.