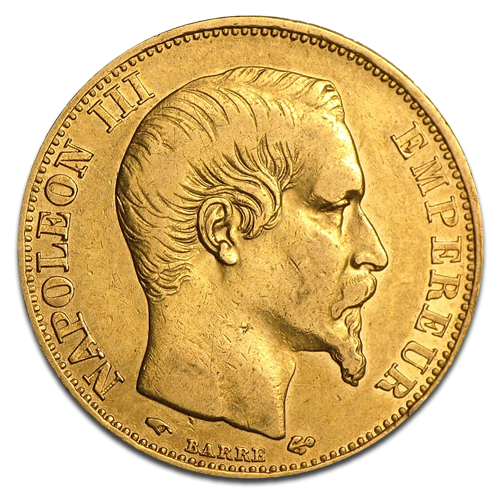 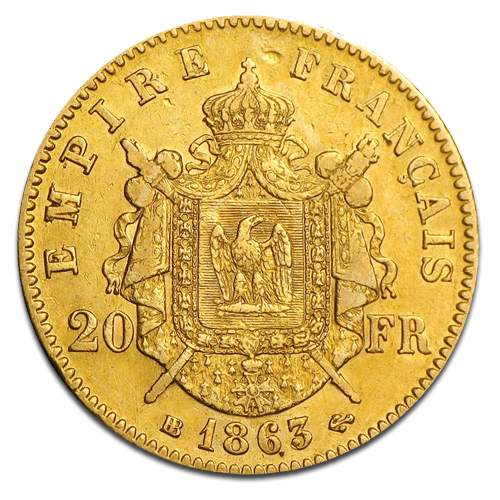 There are two different portraits of Napoleon III on the 10 Franc Gold coin. The first portrait shows him as a younger Emperor with a bare head. The second version, produced later in his reign, shows him with a laureate head.

The reverse side shows a laurel wreath that surrounds the outer edge with the date of issue and nominal value engraved in the center. Depending on the year of issue, some editions may show the French coat of arms instead of the laurel wreath. The coins were produced at the Paris Mint (A) and the Strasbourg Mint (BB).