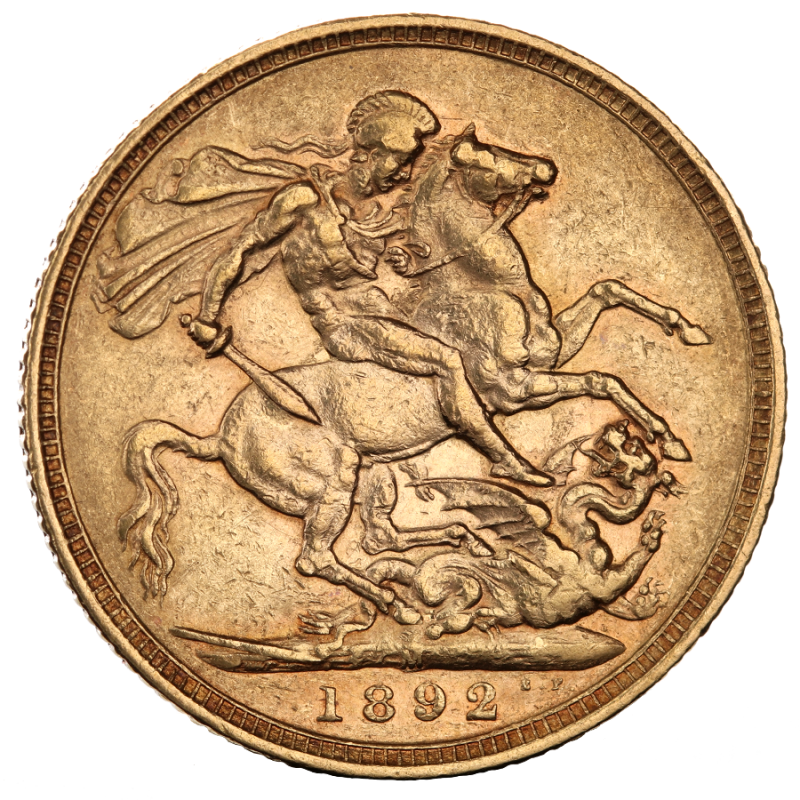 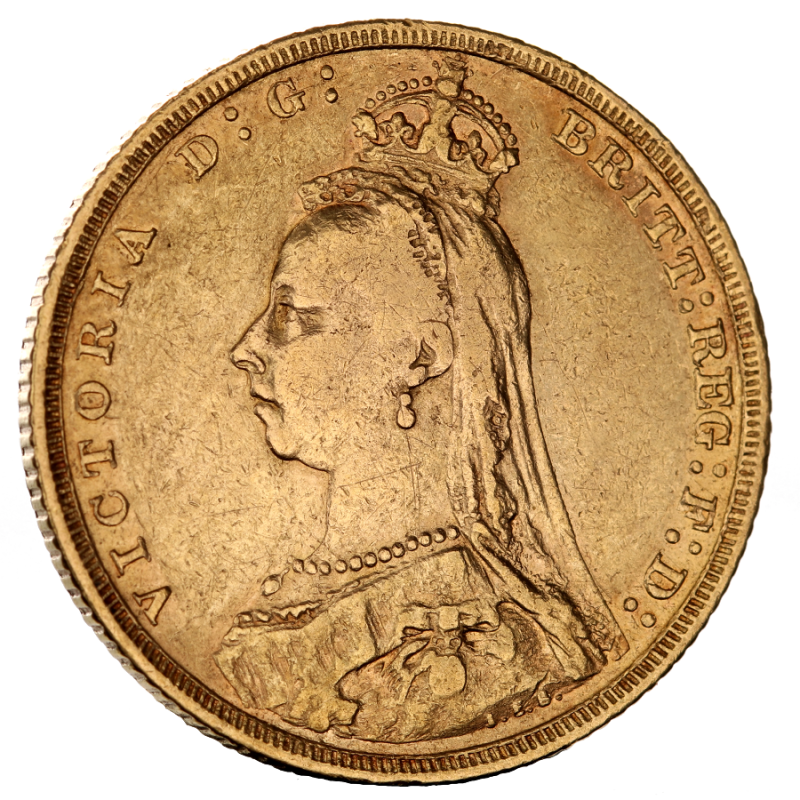 The “Sovereign” is one of the the most historic gold coin in the world and was first authorized by Henry VII in 1489. The Sovereign Victoria “Jubilee” was issued from 1887-1893 to celebrate Queen Victoria’s 50th anniversary as ruler of the United Kingdom.

Queen Victoria ruled Great Britain and Ireland from 1837 until her death in 1901. Her reign was known as the “Victorian era”, which was period of growth and transformation for the British Empire.

The front side of the coin depicts a portrait of Queen Victoria with diadem and earring. The lettering around the outer edge is in Latin and reads “VICTORIA D : G : BRITT: REG: F: D:” The portrait of the Queen was designed by Francis John Williamson.

The reverse side depicts the 1817 Benedetto Pistrucci design of St. George on horseback battling the dragon. The date of issue in below the motif of St. George.