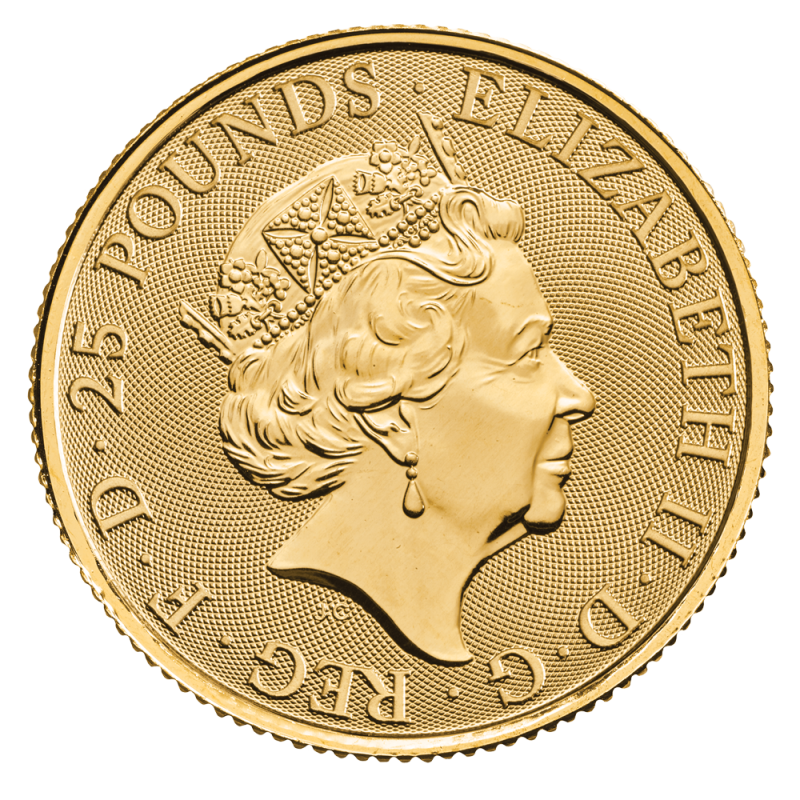 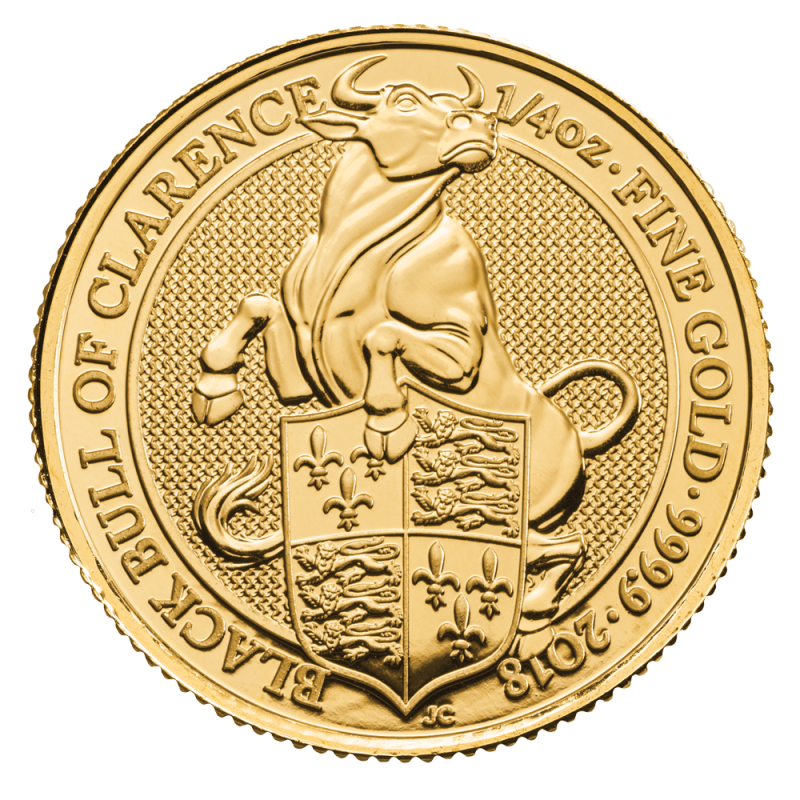 The Black Bull of Clarence is the fifth coin in the Queen’s Beast series from the Royal Mint. The series will consist of 10 planned coins, each depicting one of the ten Queen’s Beasts statues that guarded the entrance to Westminster abbey during the coronation of Queen Elizabeth II in 1953.

The Queen’s Beasts series is inspired by centuries of history and Royal heraldry and has become one of the Royal Mints most popular bullion coin programs.

The front side of the coin shows the Black Bull of Clarence holding a shield with the gold lions of England and the gold lilies of France. This depiction of the Royal Arms was used by English monarchs for more than 200 years.

Edward IV, who was the first King from the House of York, is said to have used the Black Bull as a symbol during his reign.