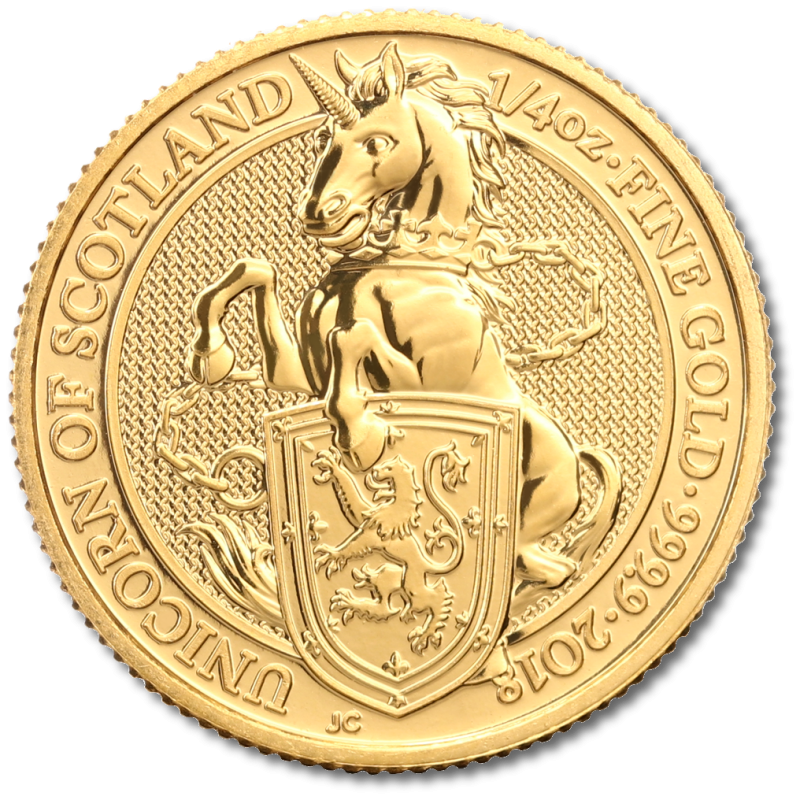 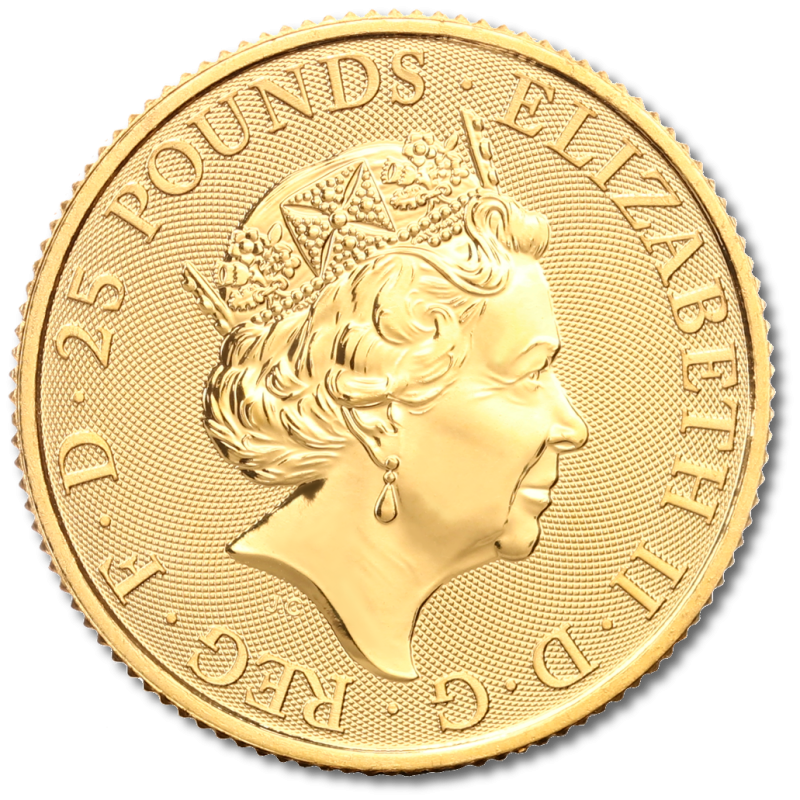 The Queen’s Beast Unicorn gold coin was introduced in September 2017 (2018 release date) and is the fourth coin in the Queen’s Beasts gold coin series by the Royal Mint. The series will consist of 10 coins and celebrates the ancestral line of Queen Elizabeth II.

The Queen’s Beasts are 10 statues that were commissioned by the British Ministry of Works and created by James Woodford. Each statue represents the genealogy of the Queen and her royal lineage.

The Unicorn of Scotland is pictured with a horn and main. The beast has a coronet around its neck with a gold chain attached. The chain is a heraldic symbol that represents strength.

King James I, who united the English and Scottish monarchs had the Unicorn of Scotland along with the Lion of England on the Royal Arms.