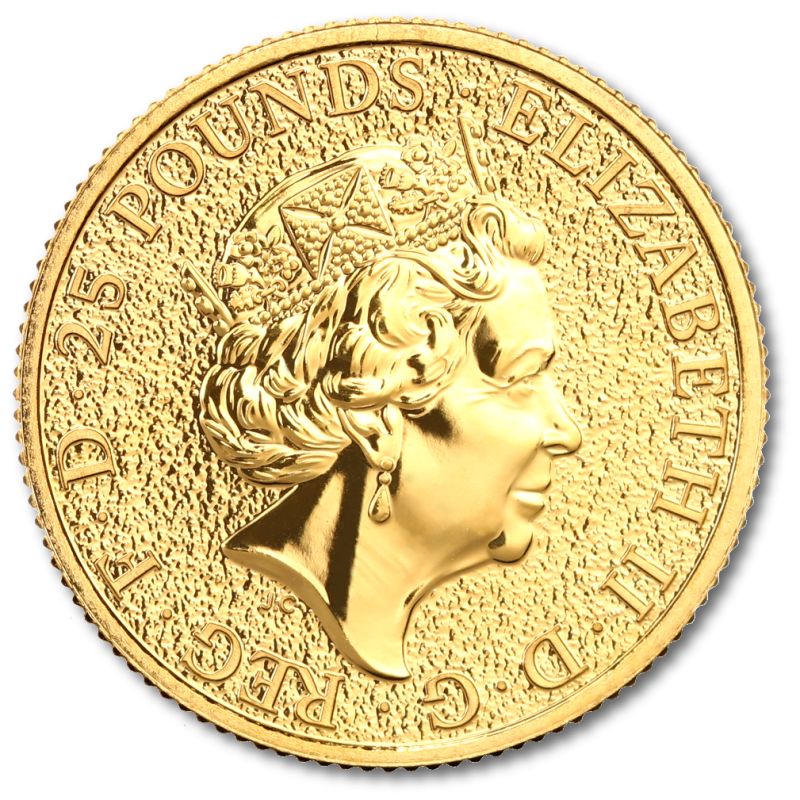 The Queen’s Beasts Dragon ¼ oz gold coin was released by the Royal Mint in 2017. The Dragon is the third coin in the Queen’s Beasts series and follows the “Lion of England”, introduced in March 2016 and the “Griffin of Edward III”, released in September 2016.

There are 10 planned coins in the Queen’s Beasts series which represent each of the 10 heraldic statues that lined the entrance to Westminster Abbey during the coronation of the Queen Elizabeth II in 1953.

The motif side of the coin depicts the Red Dragon of Wales holding the coat of arms in his left claw. Surrounding the outer edge are the inscriptions “RED DRAGON OF WALES” and “1oz FINE GOLD 999.9 2017”. The Value side depicts the portrait of Queen Elizabeth II. The design of both sides was created by artist and coin designer Jody Clark.