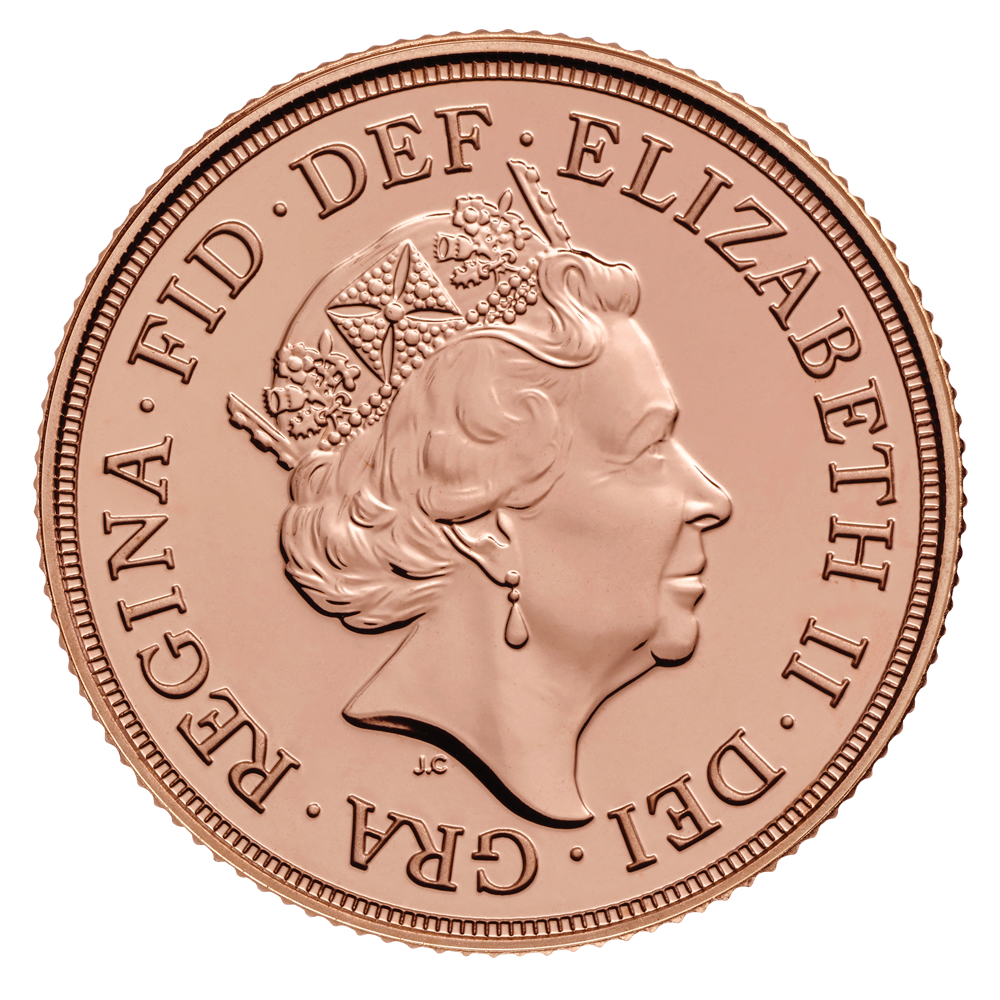 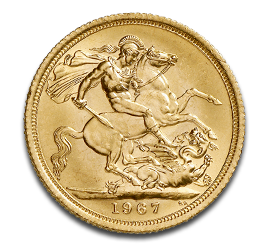 The Elizabeth Gold Sovereign was the first mass produced 22 karat gold coin of the Queen’s reign. The original design features the first bullion coin portrait of Queen Elizabeth II, created by artist Mary Gillick. The reverse side depicts the iconic image of St. George and the dragon, which first appeared on the Sovereign in 1817.

In 1957, Gold Sovereigns made their return after an absence of almost 20 years. Gold Sovereign coins are produced by the Royal Mint and are an important part of British history.

Sovereign Elizabeth gold coins all depict the portrait of her majesty Queen Elizabeth II. Depending on the year issue, there are different portraits of the Queen that reflect her changing appearance during her reign.

Also, the inscription around the outer edge will be slightly different depending on the year of issue. However, the name “ELIZABETH II” will appear on all editions along with the latin words that translate “Queen, by grace of God or “Queen by grace of God, defender of the faith”.

The 5 different portraits of the Queen that appear on the Elizabeth Sovereign are as follows:

The reverse side will depict the famous St. George and the dragon design that was created by Italian artist, Benedetto Pistrucci. The date of issue will appear below the motif.